This week began our Dinosaur Adventures
Math:
To start Munchkin worked on measuring our toy dinosaurs with a ruler 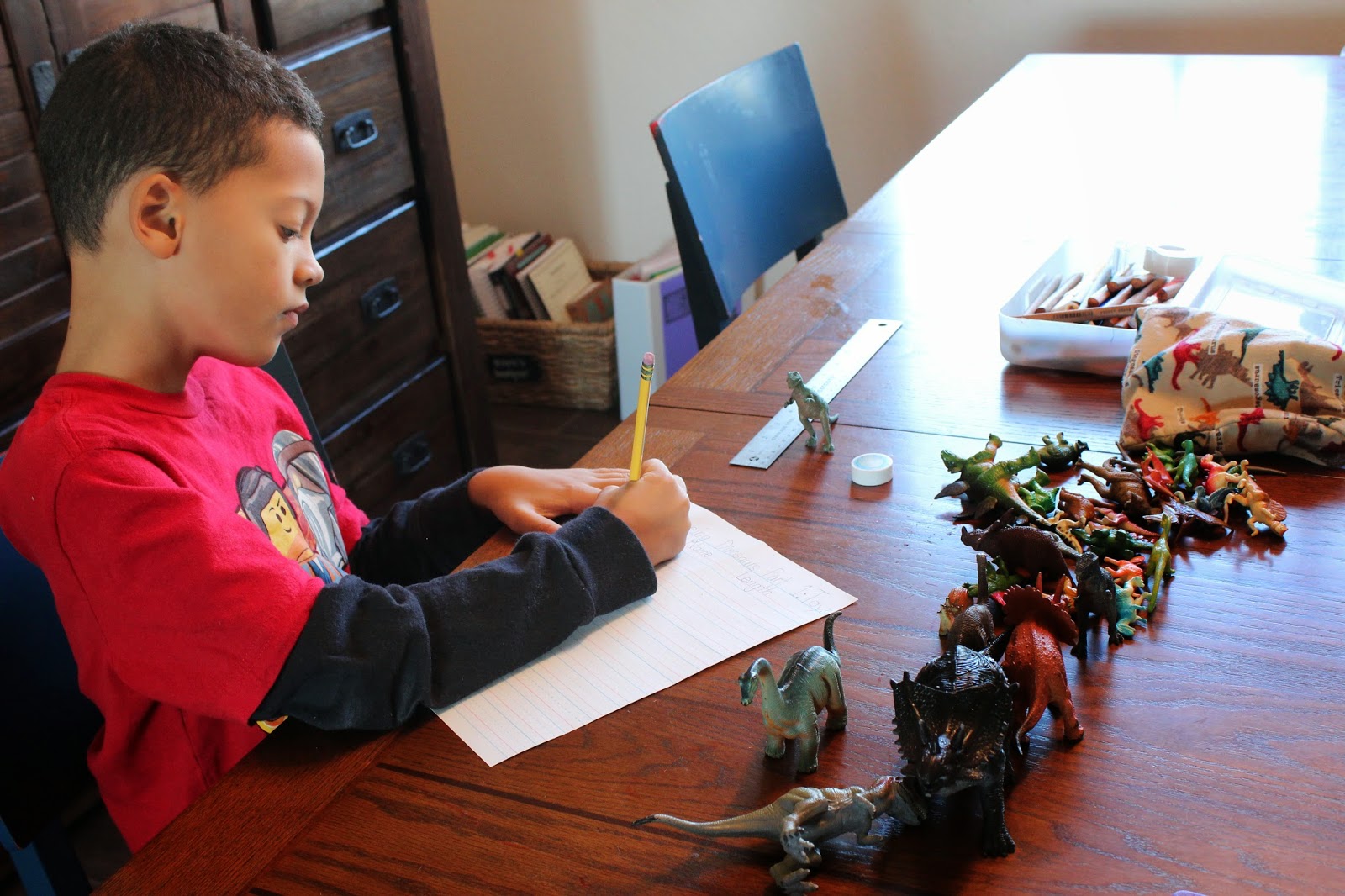 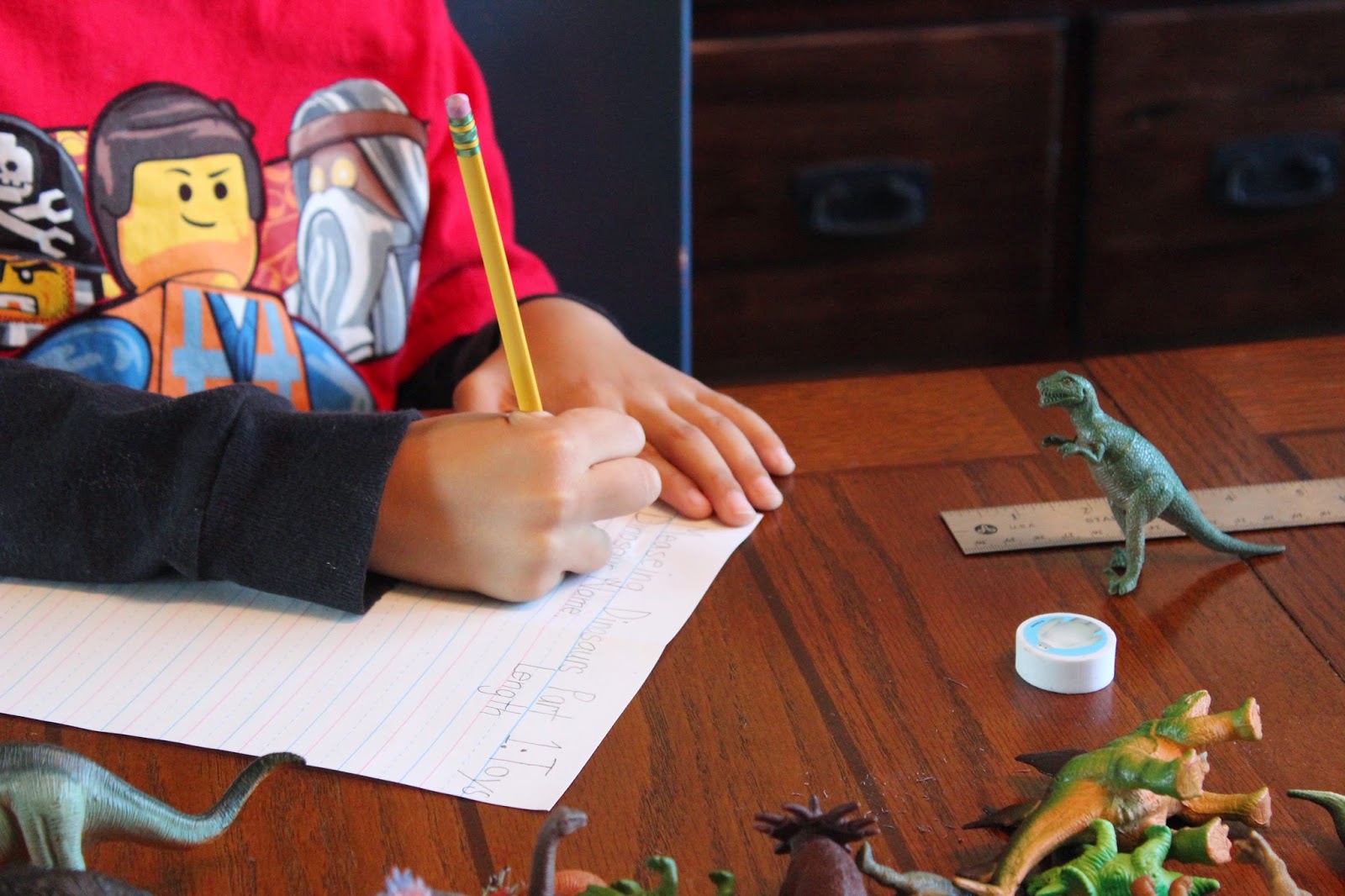 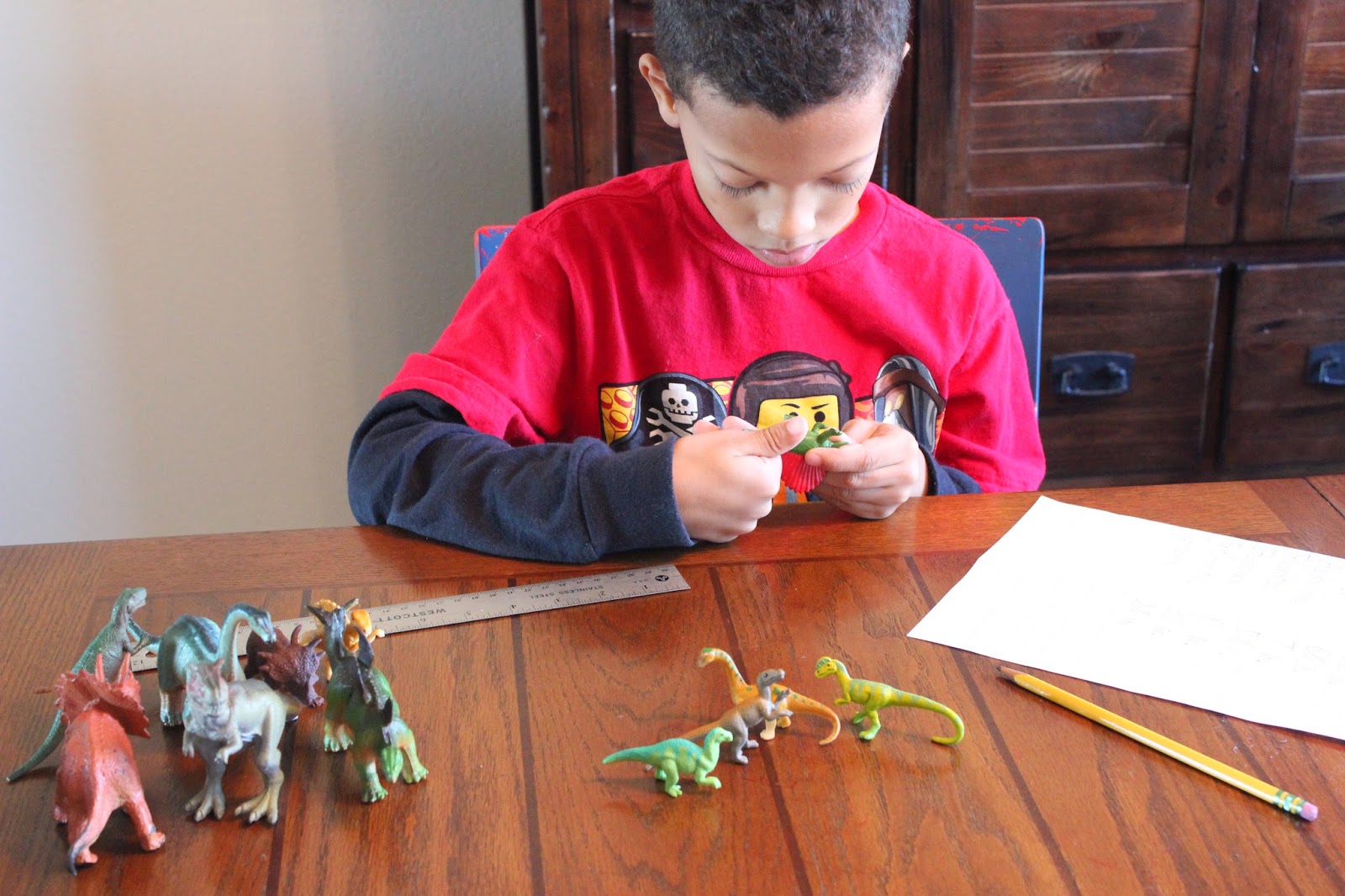 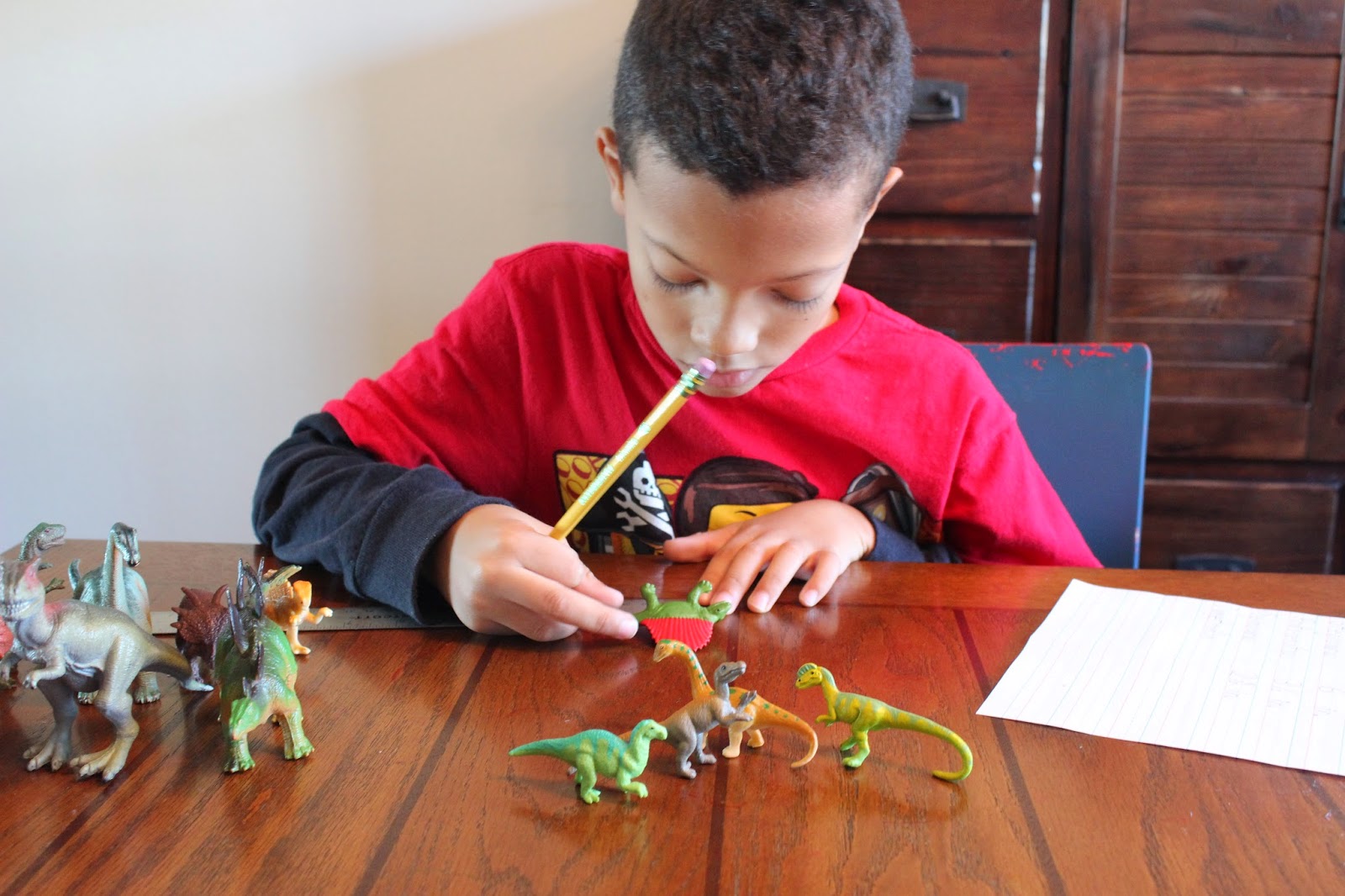 Reading:
Then we moved on to What Is It? Cards.  Munchkin had to guess what dinosaur was being referenced by reading 3 clues. 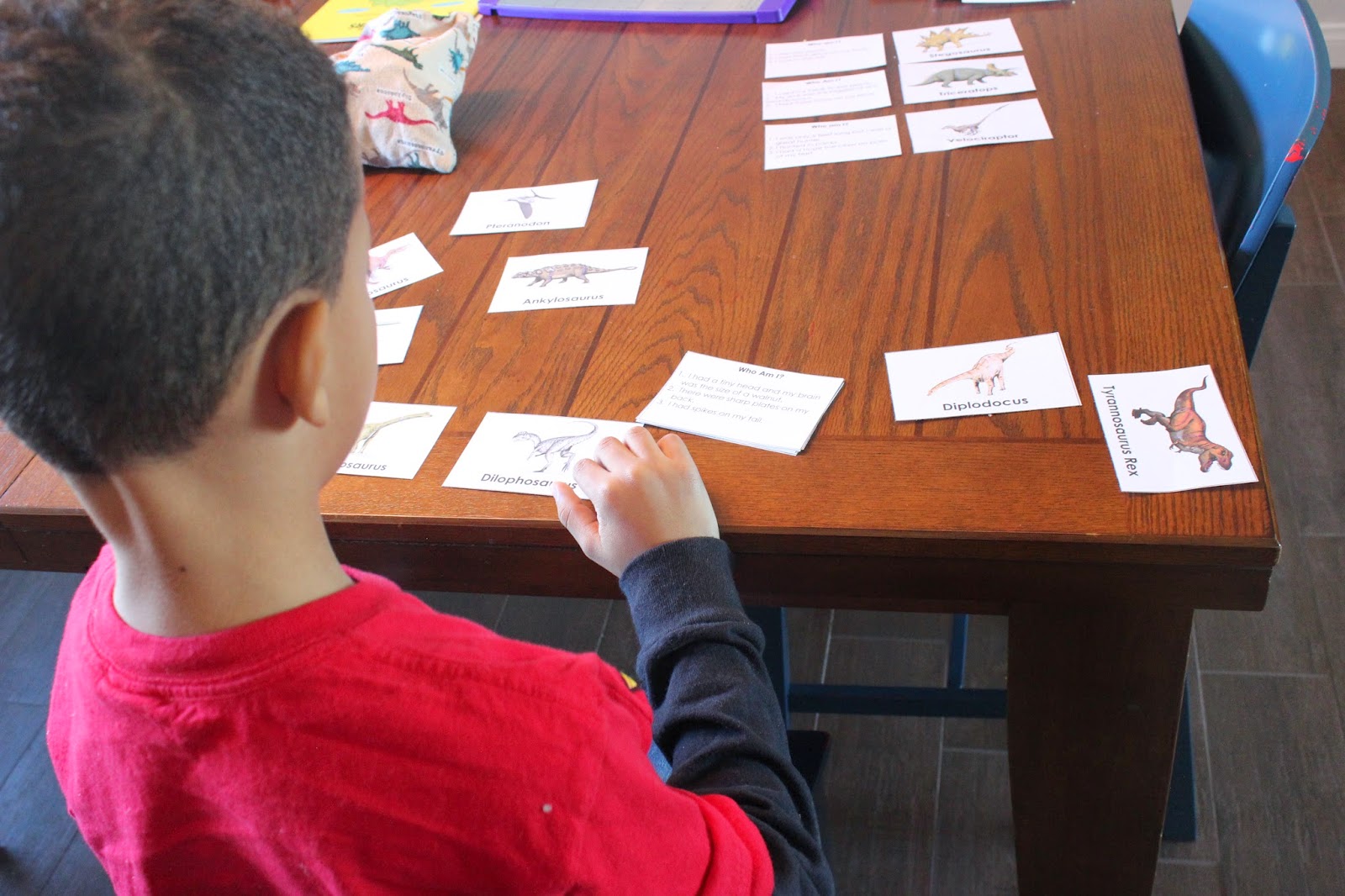 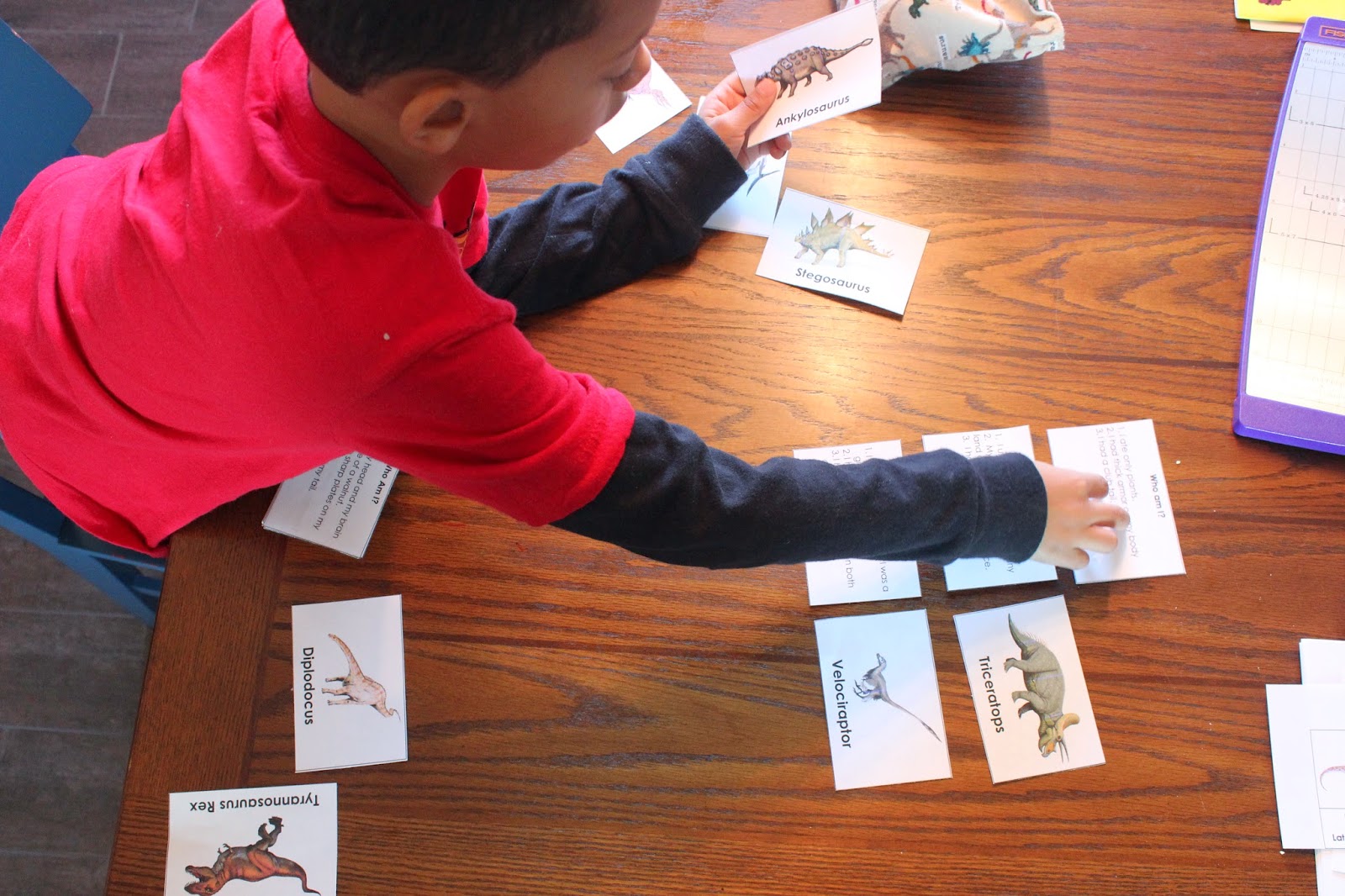 After he finished this, Munchkin matched up our toy dinosaurs with the descriptions to double check his answers. 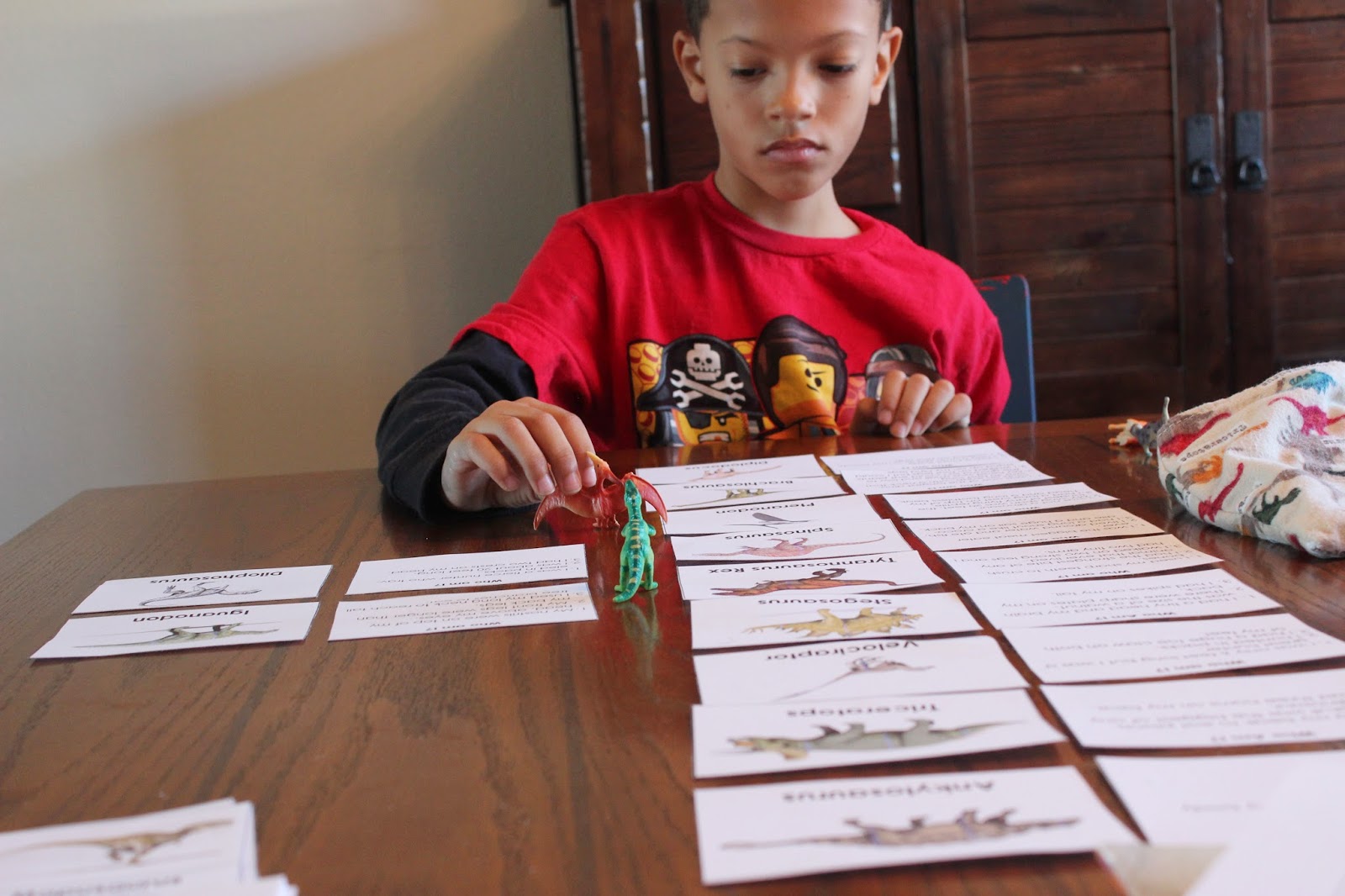 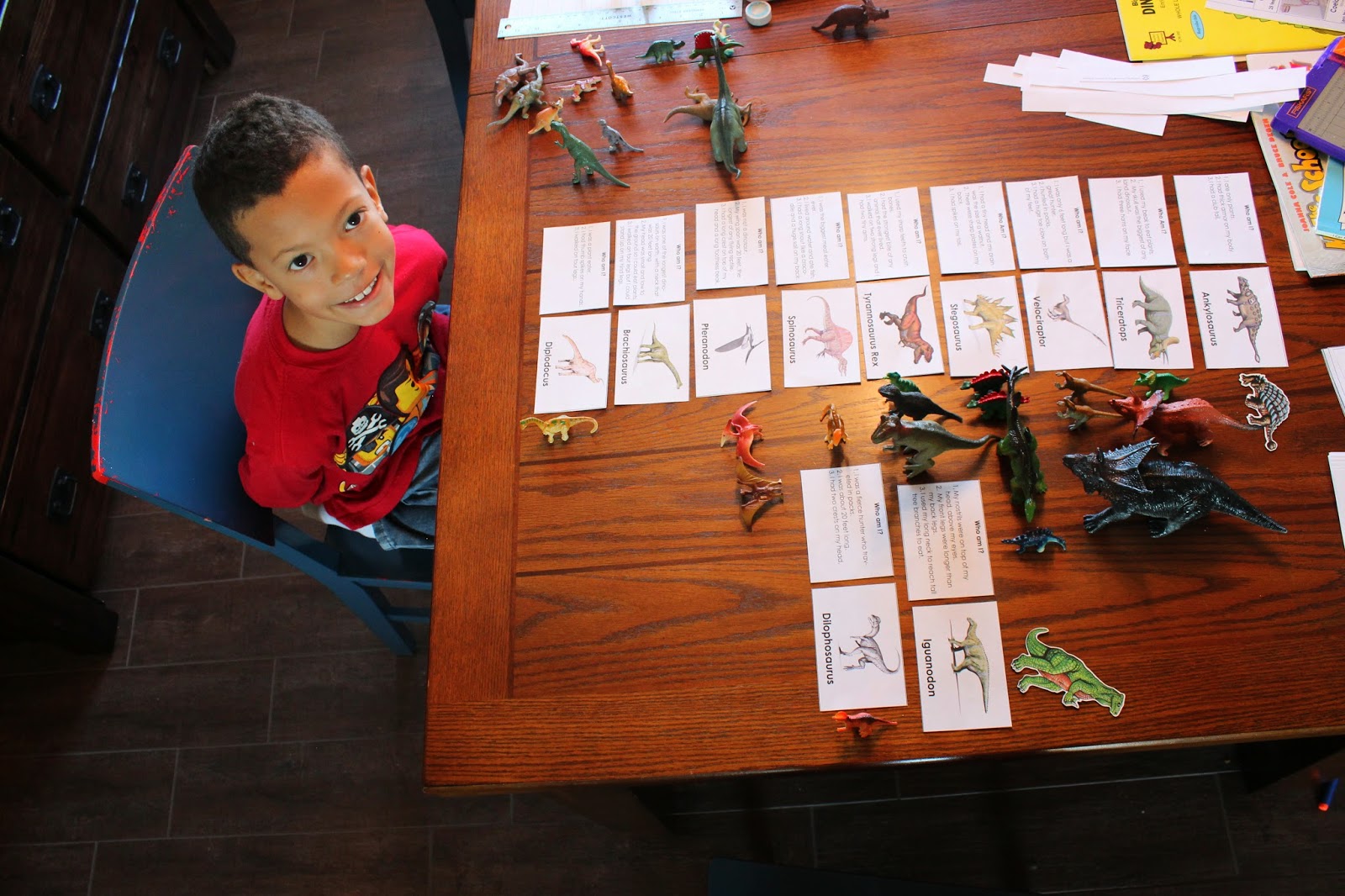 Spelling:
Dinosaur terms for spelling and then he used the index in the dinosaur encyclopedia (which he read in its entirety) to correct his spelling. 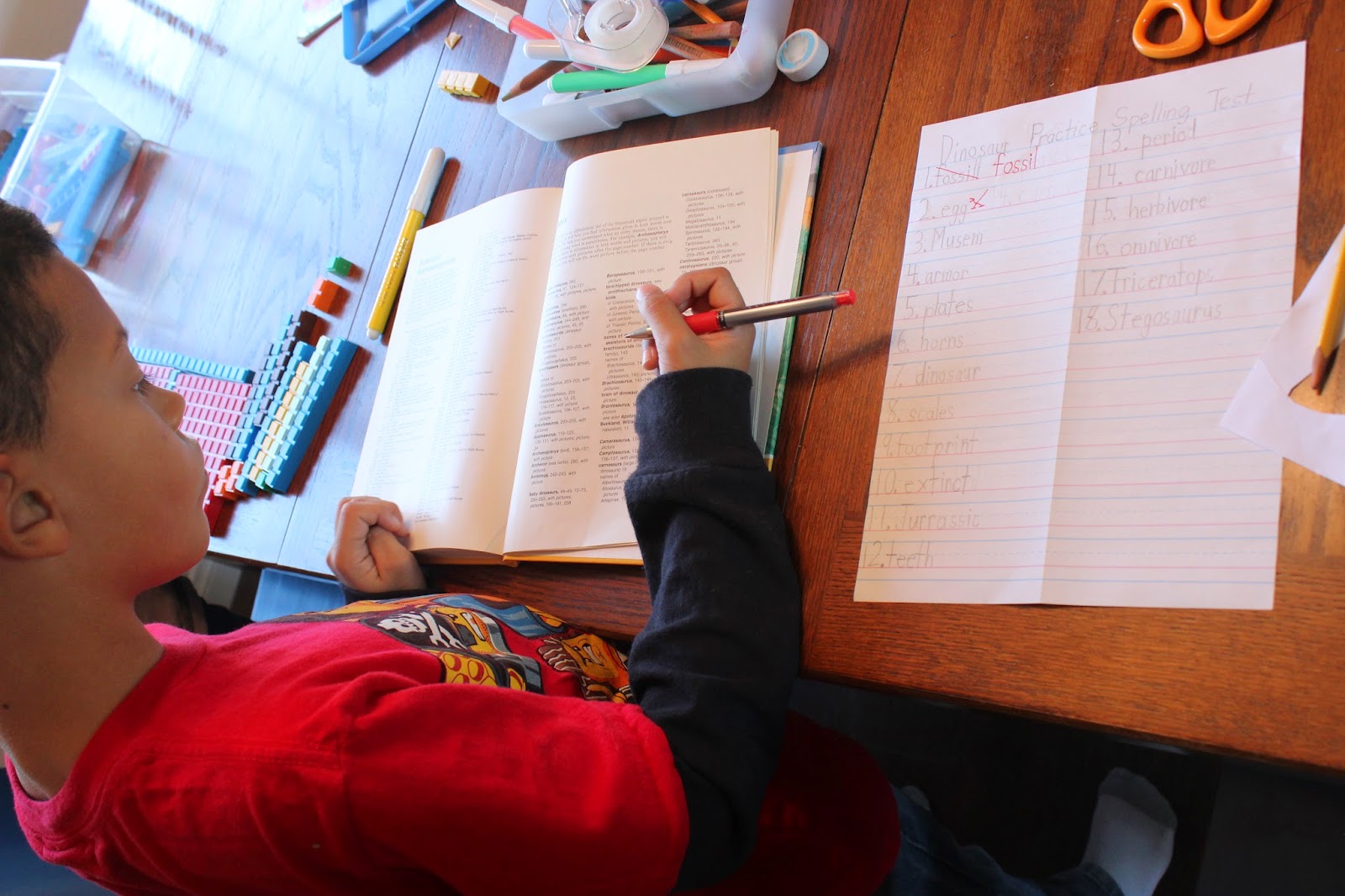 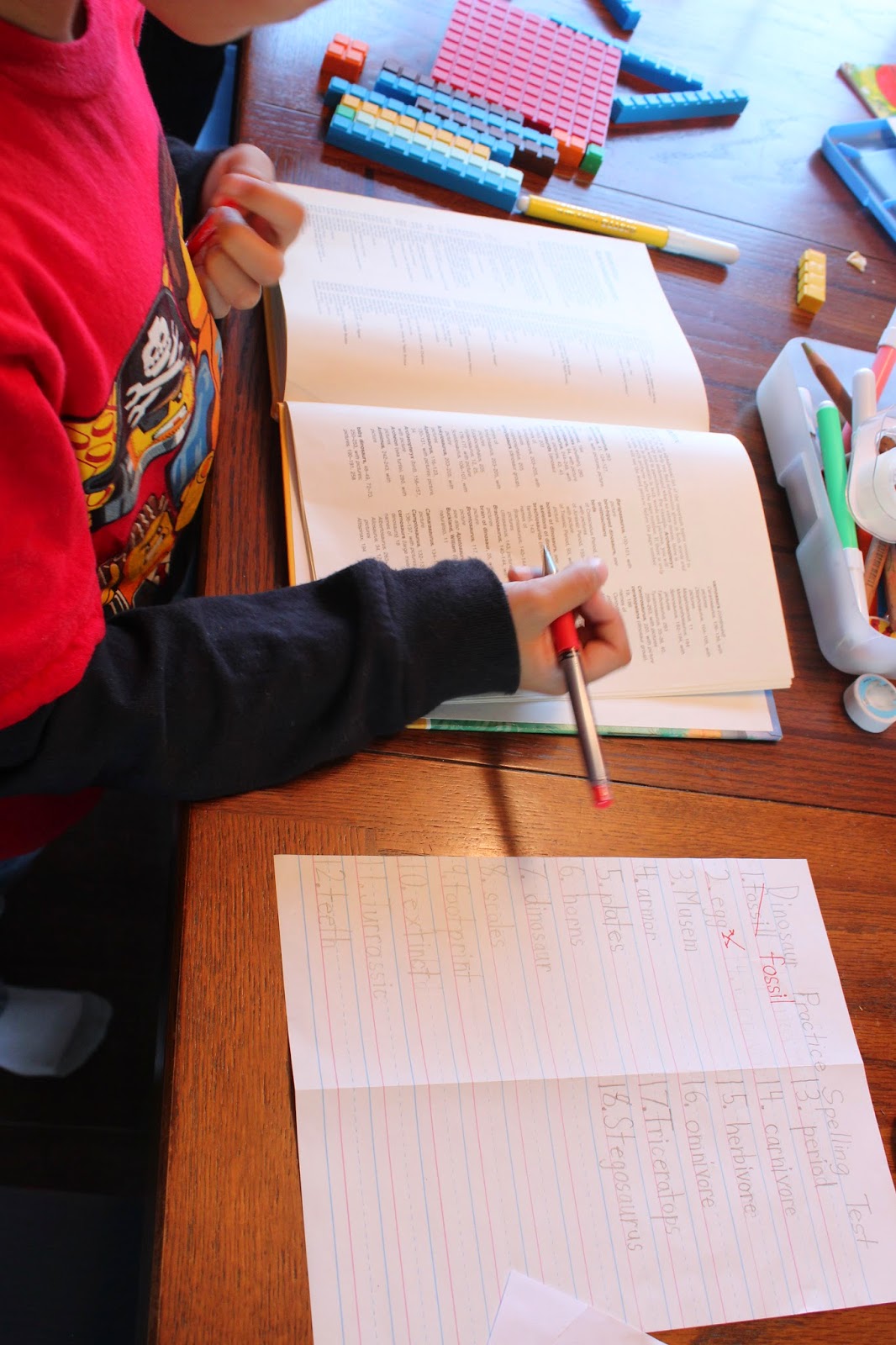 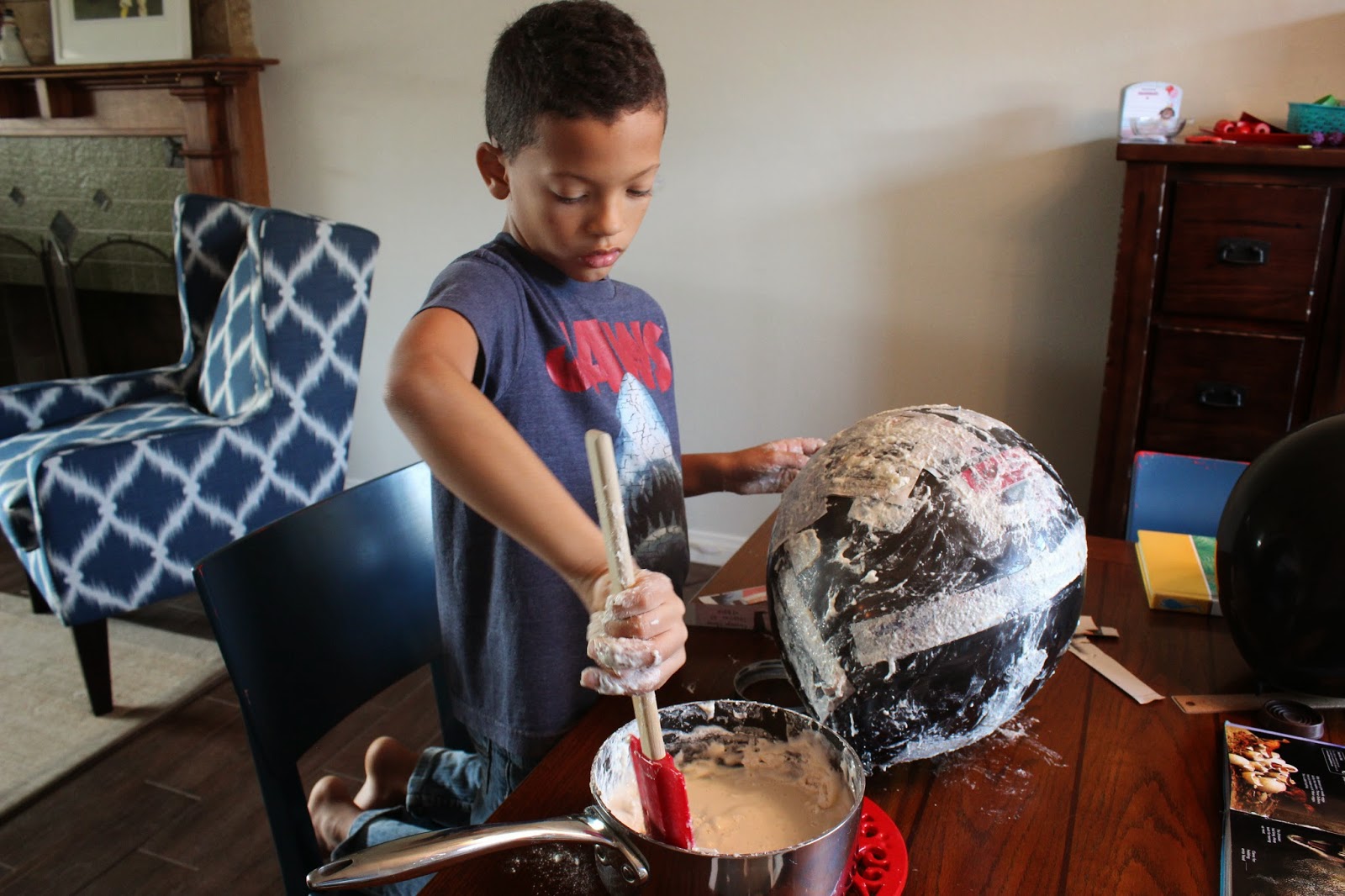 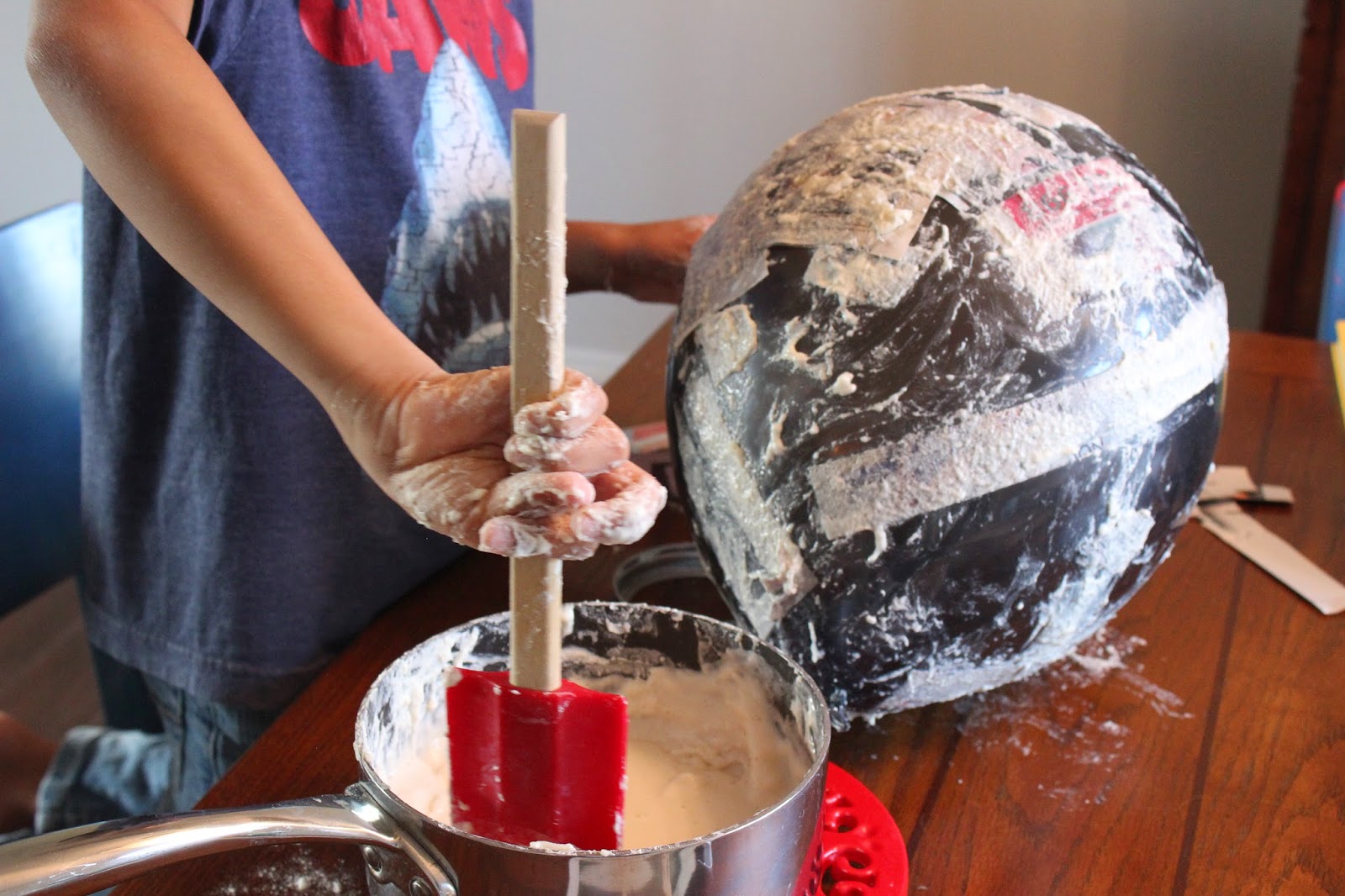 Math:
The dinosaur skeletons I ordered arrived just in time.  So without looking at the names on the bottom, Munchkin had to match each skeleton to the dinosaur. 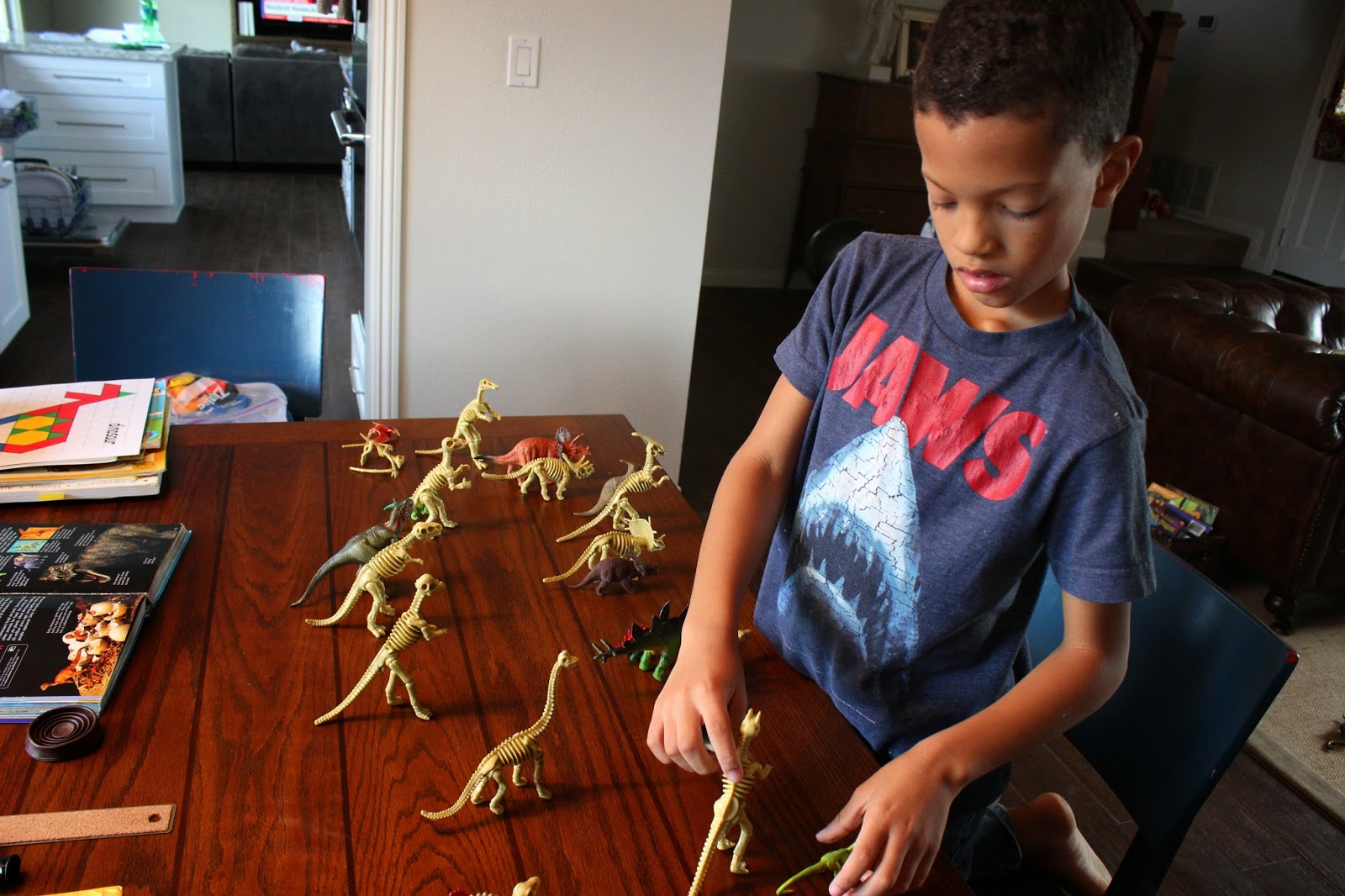 Then he did a pattern block design of a dinosaur. 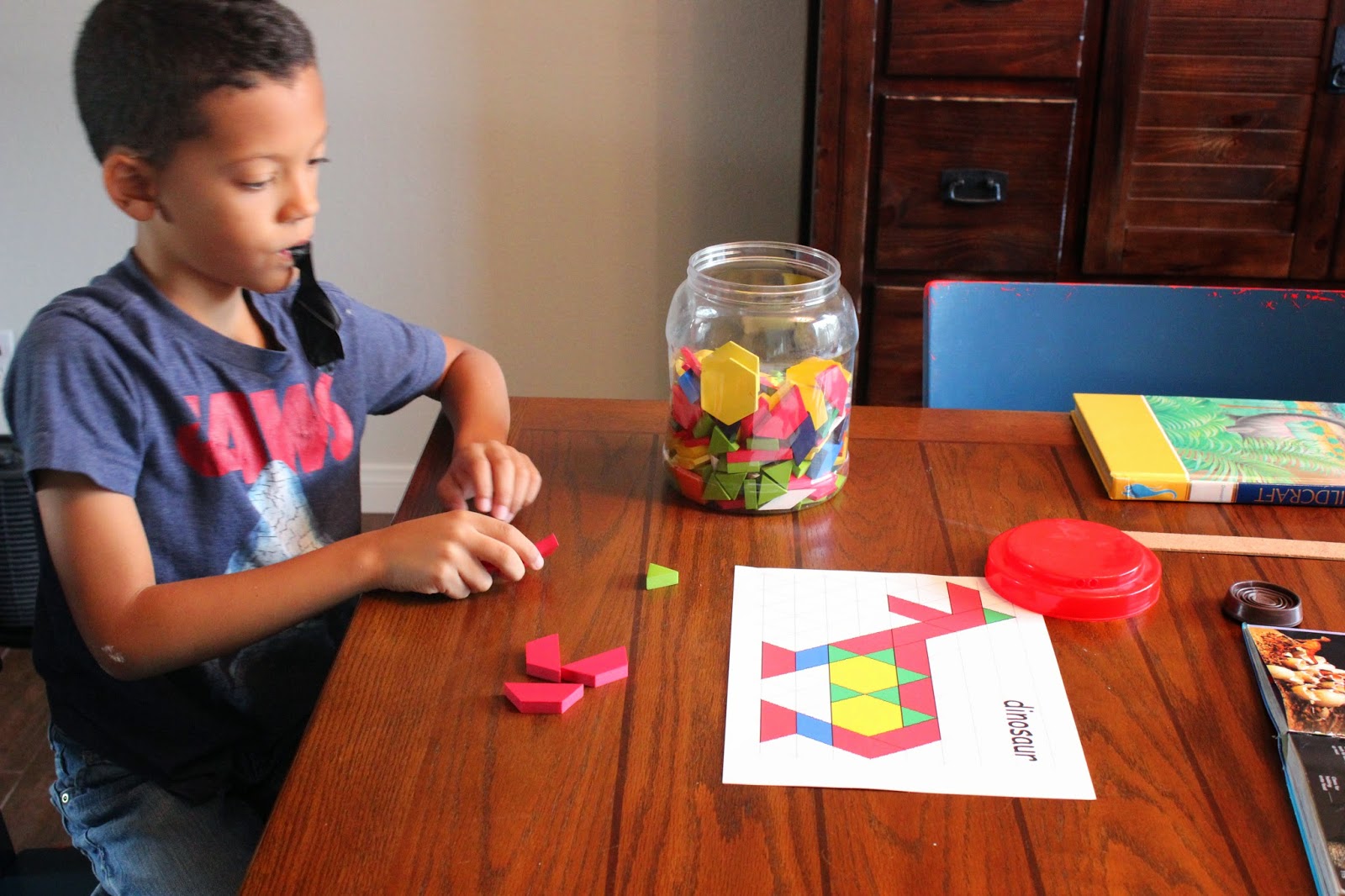 And then he invented his own. 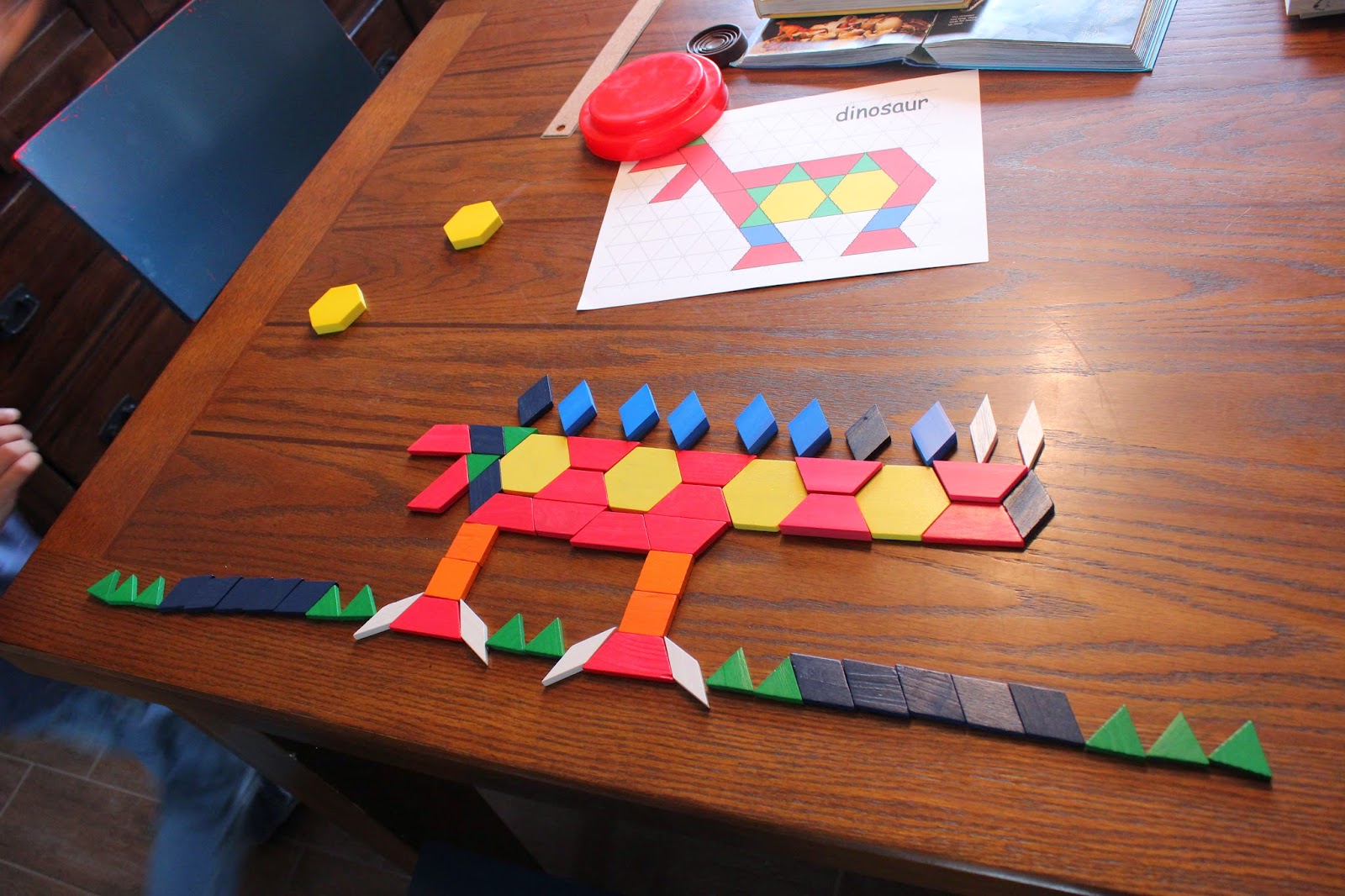 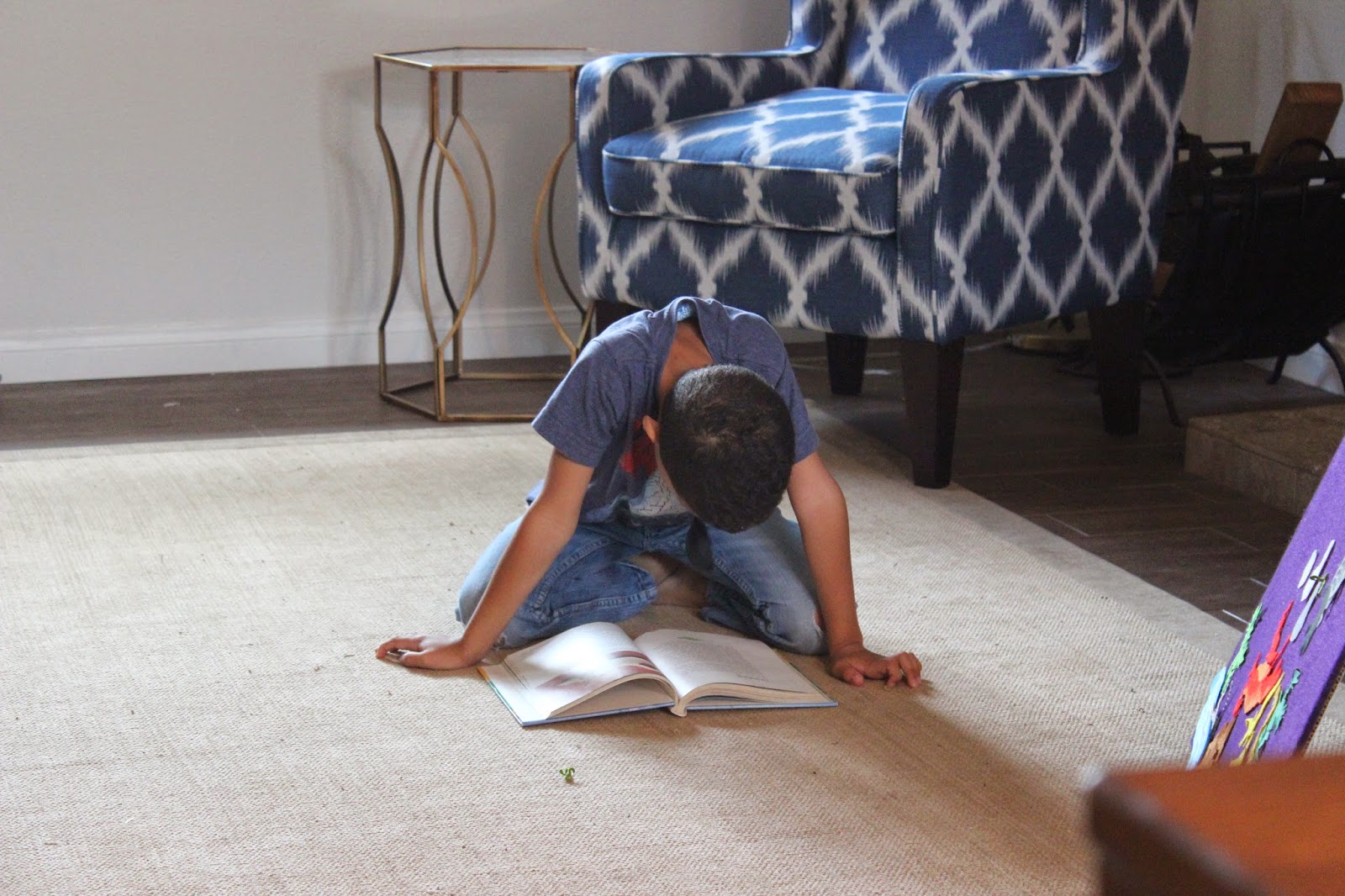 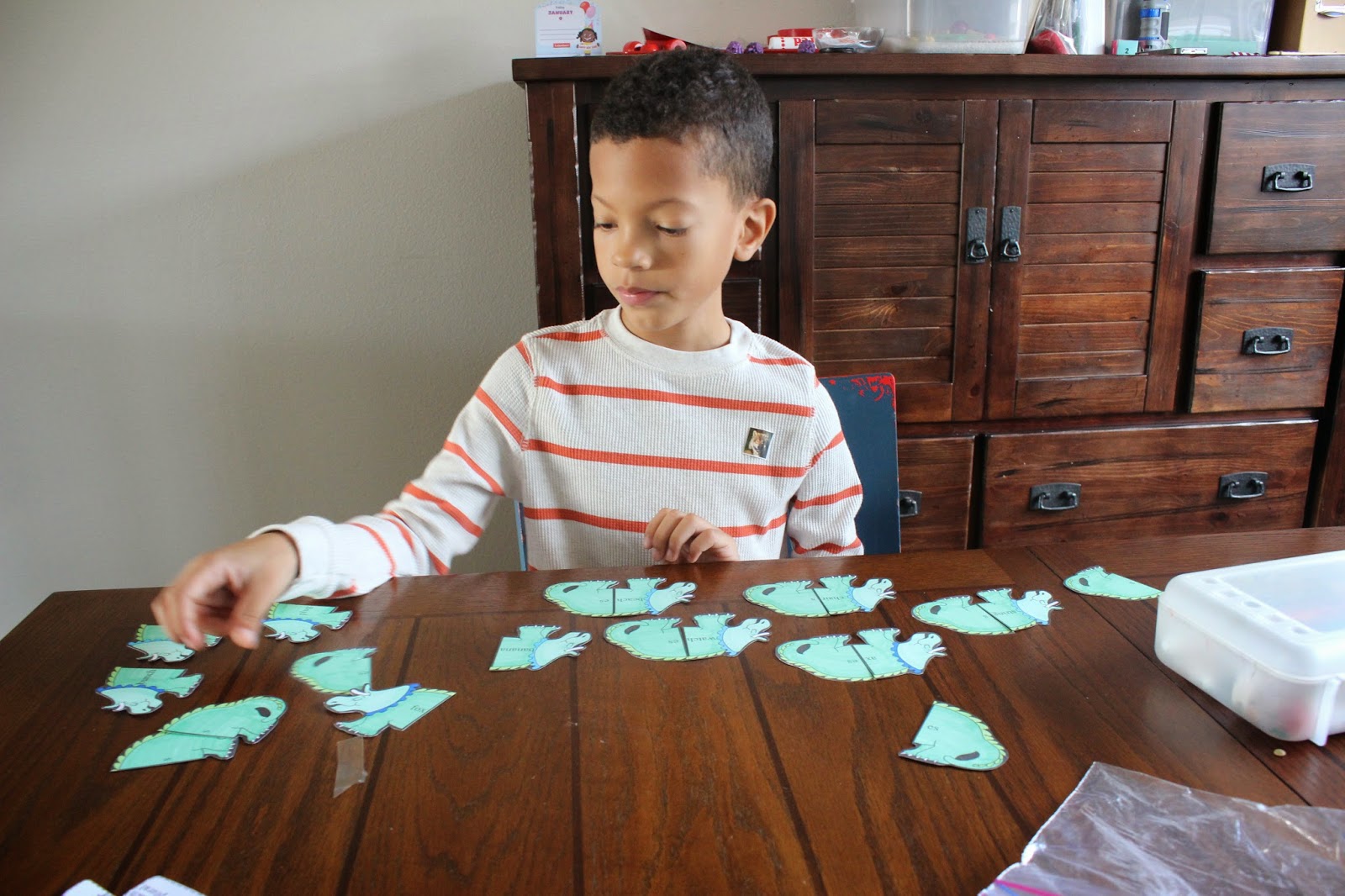 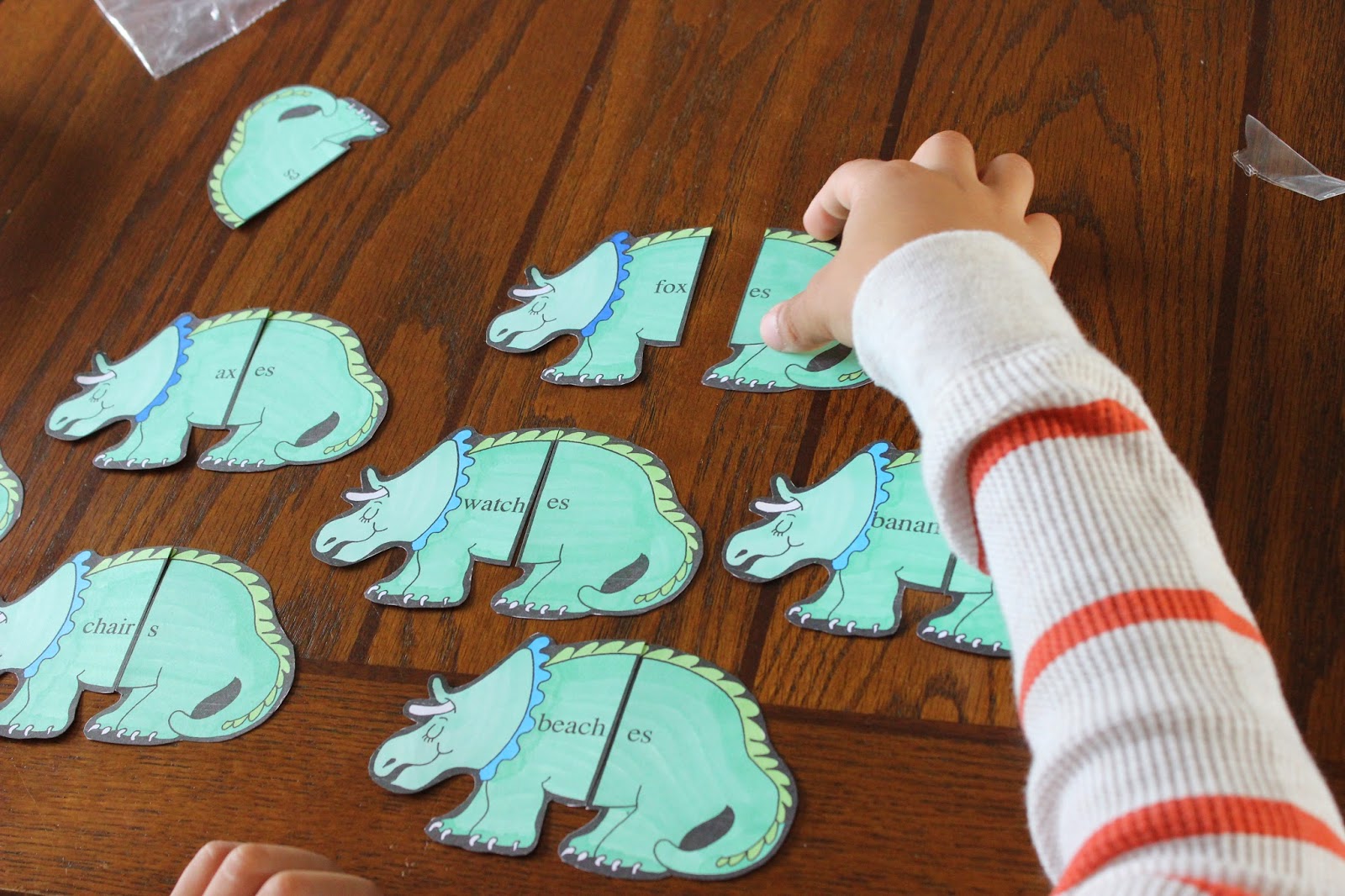 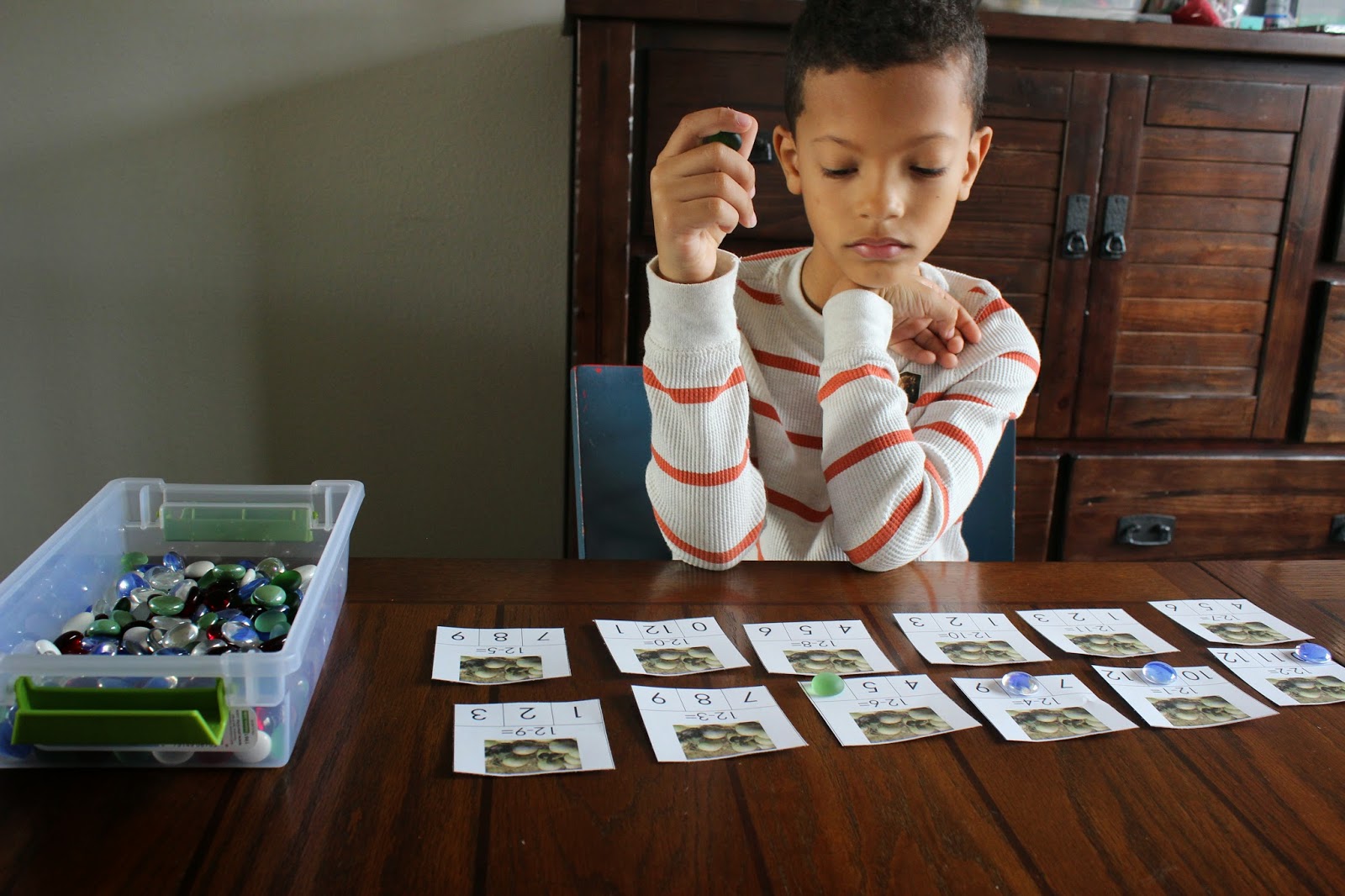 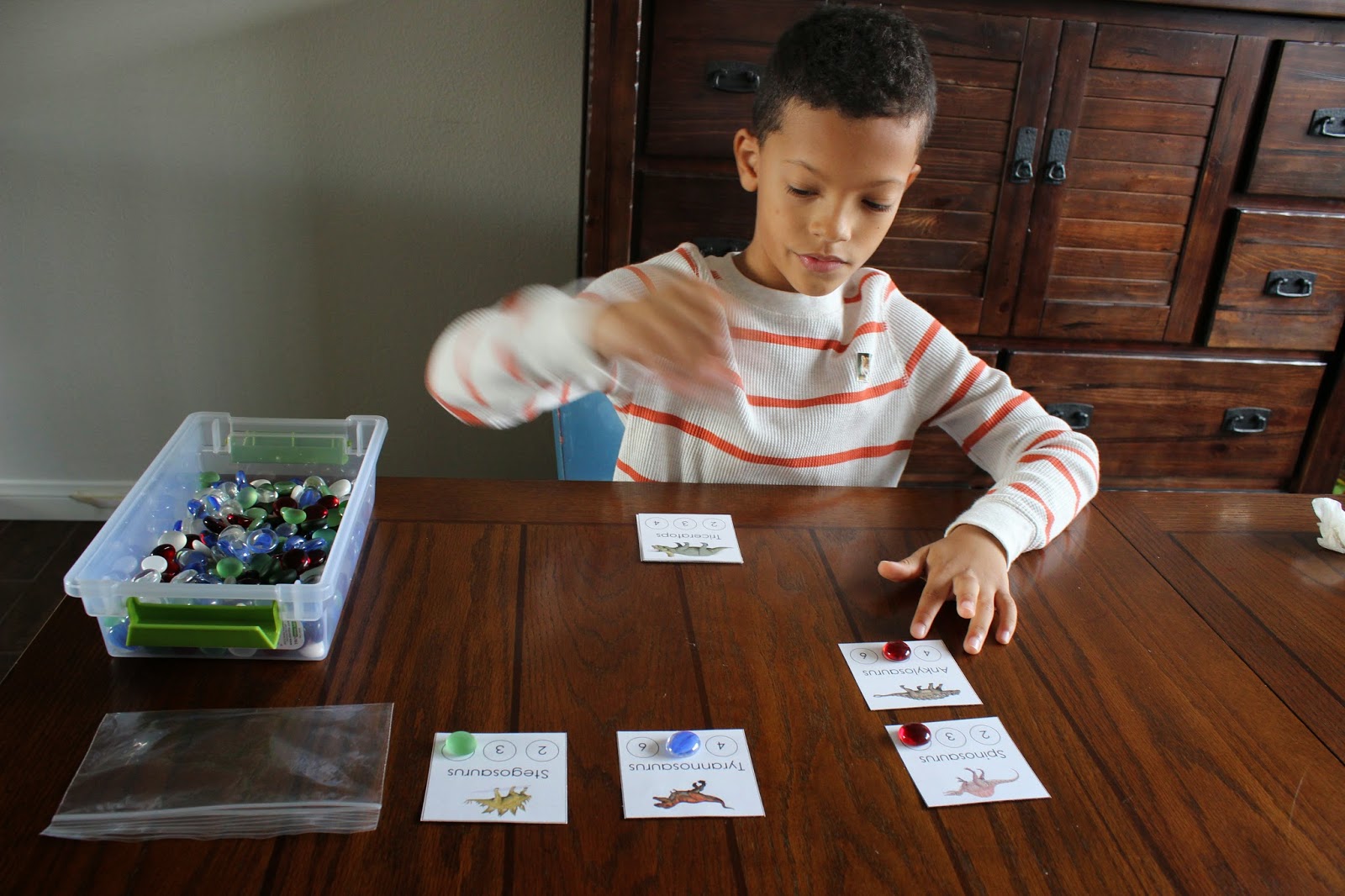 Arts and Crafts:
Applying our second layer of paper mache 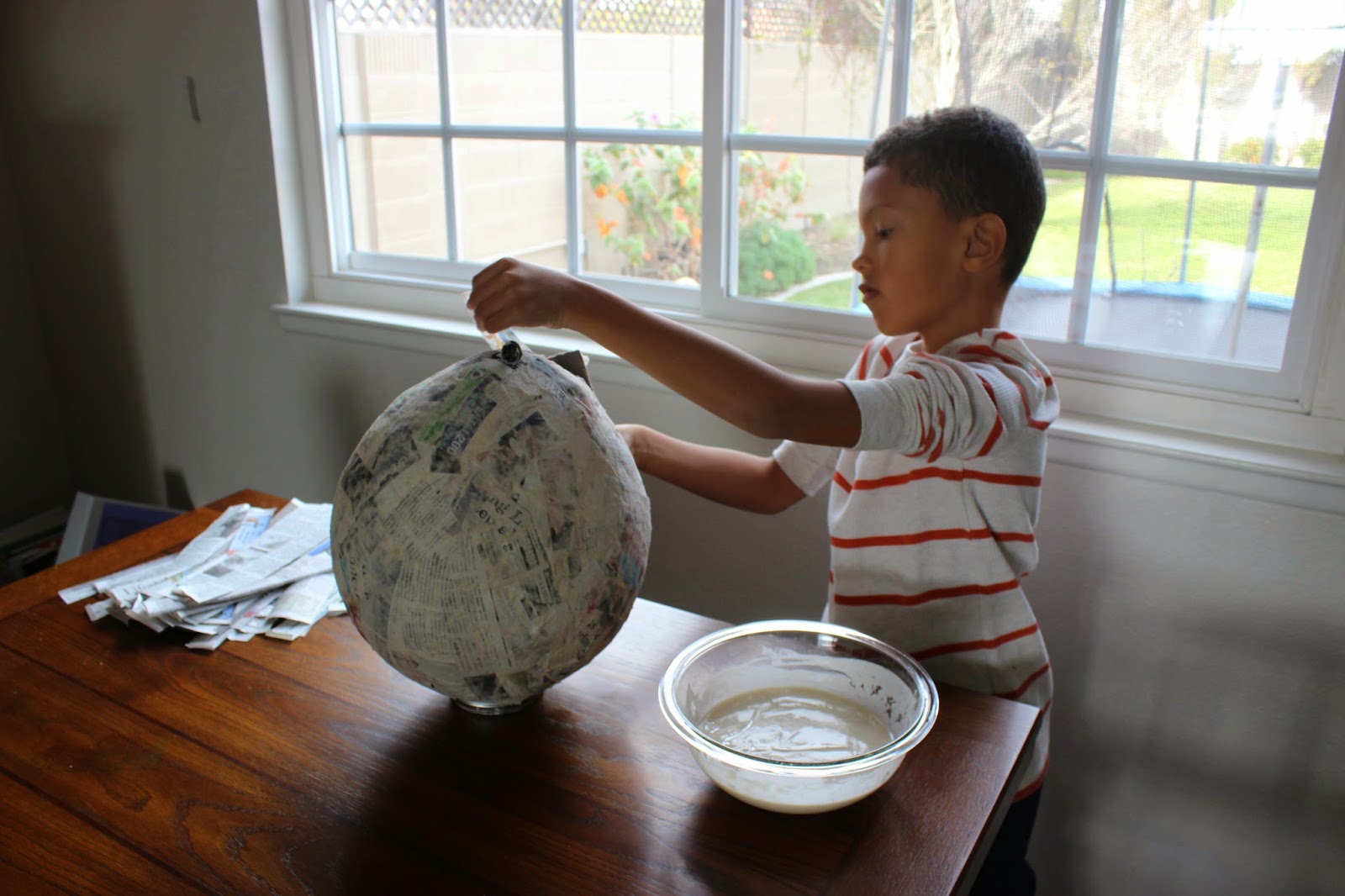 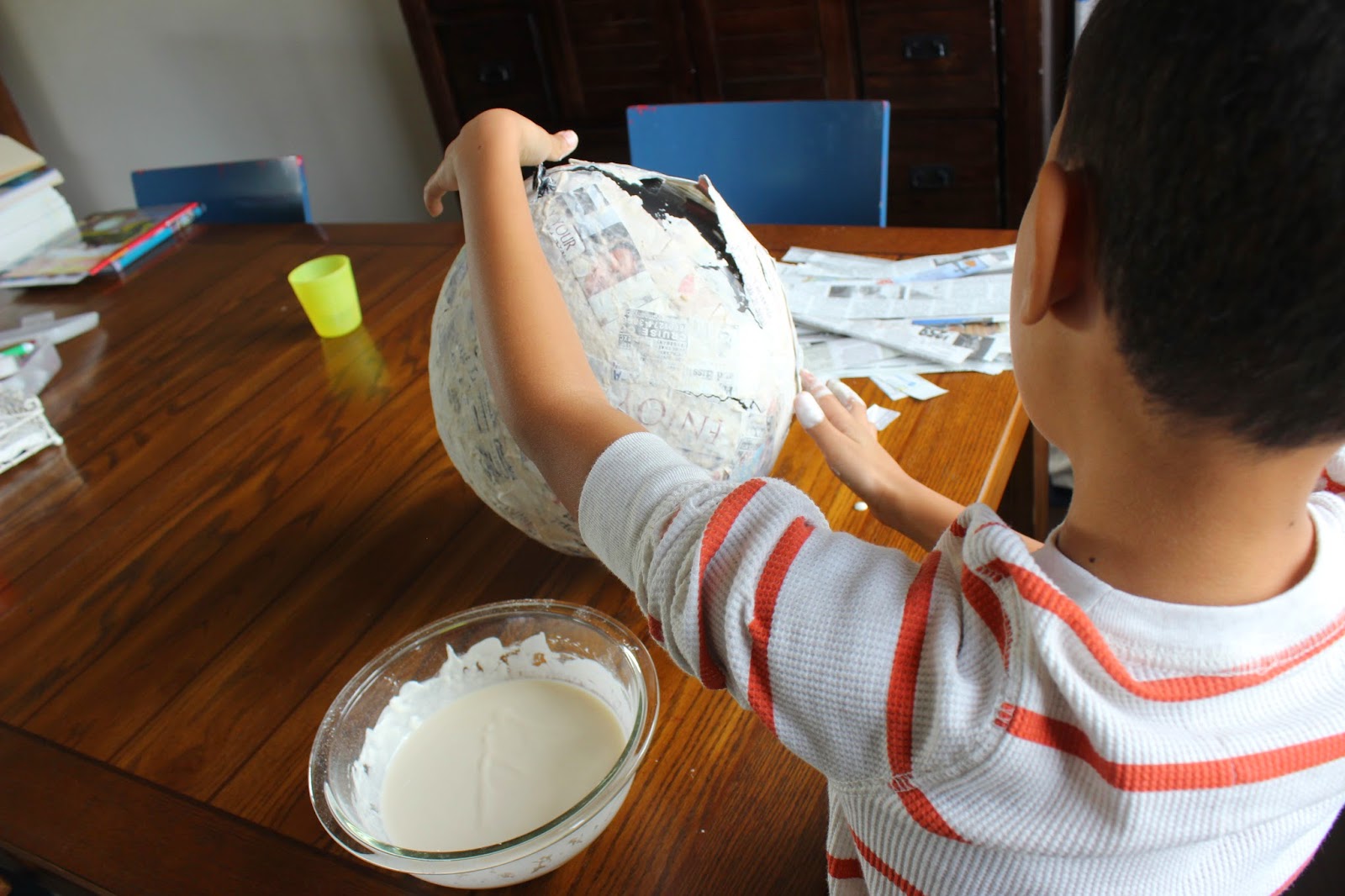 Working on the cover to his dinosaur lapbook. 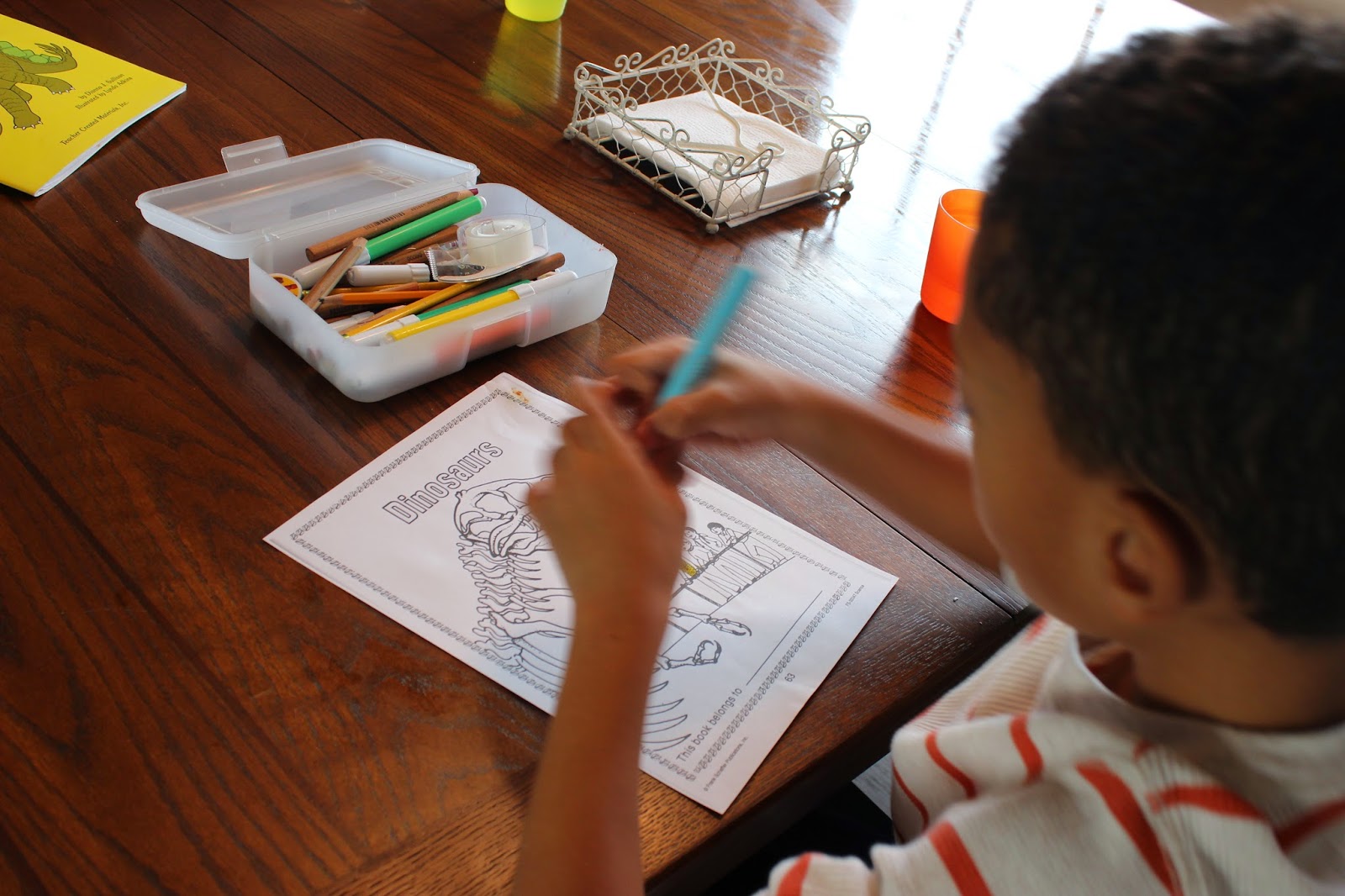 First insert - "A diplodicus is as long as three buses." 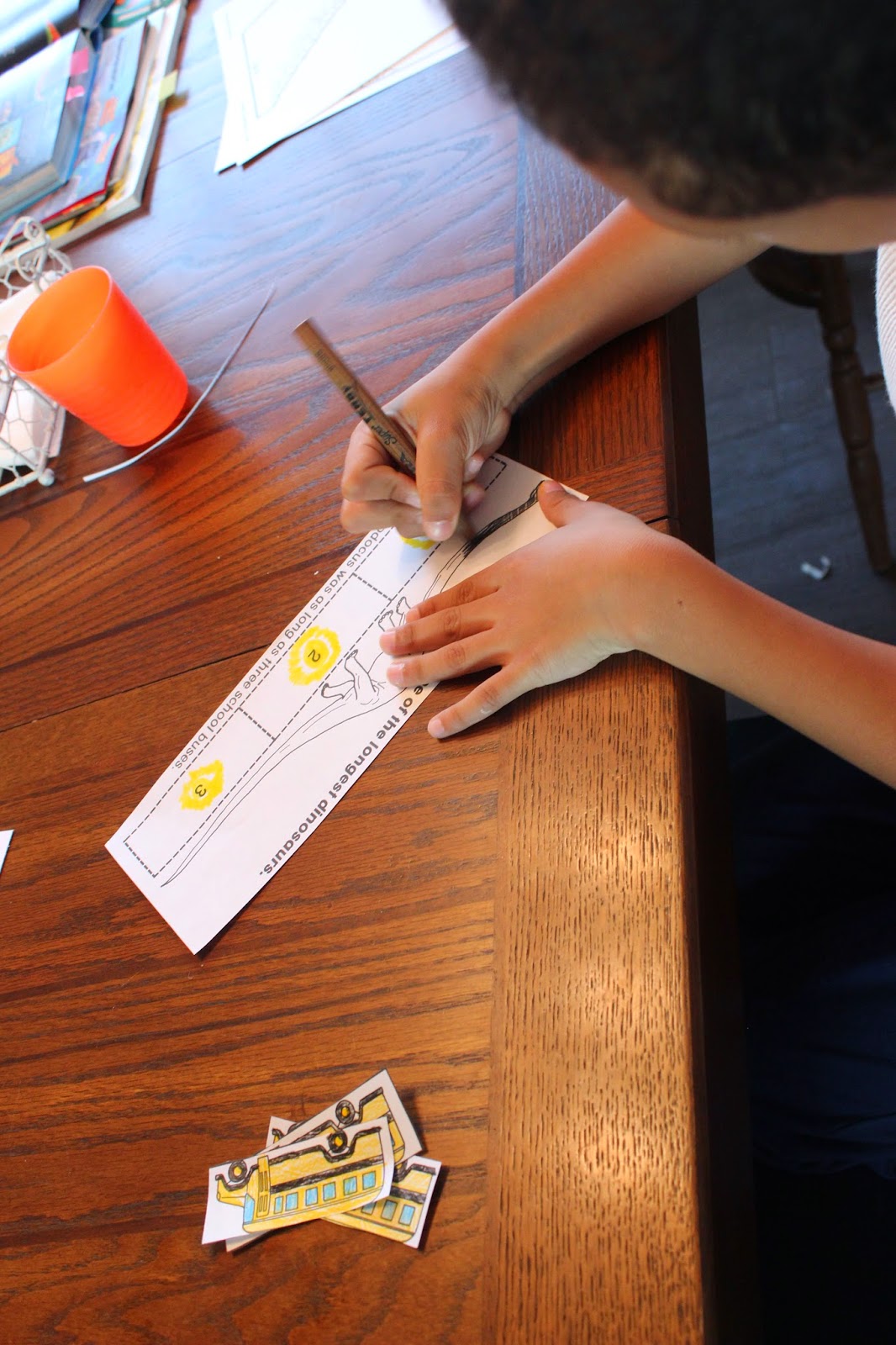 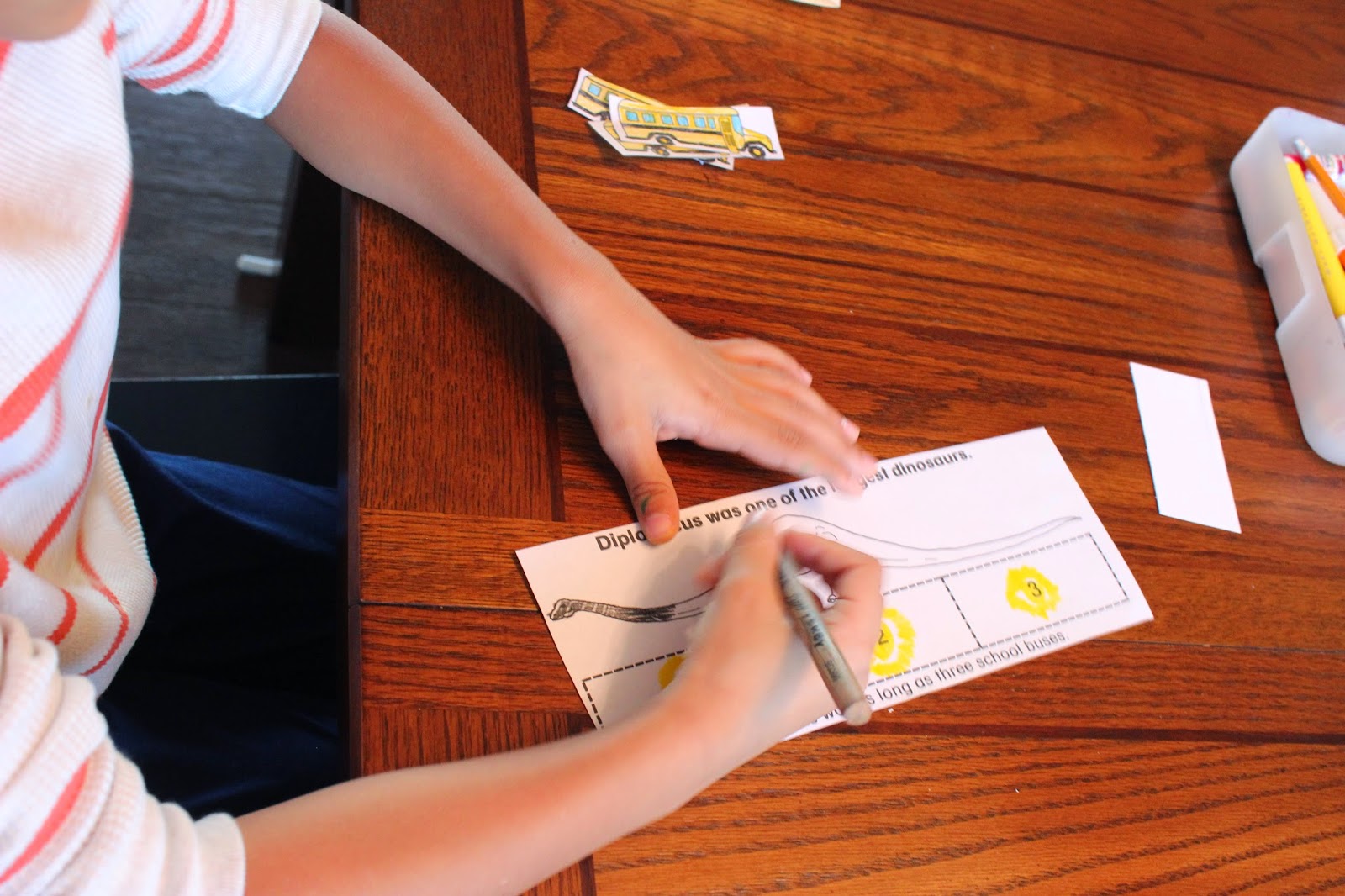 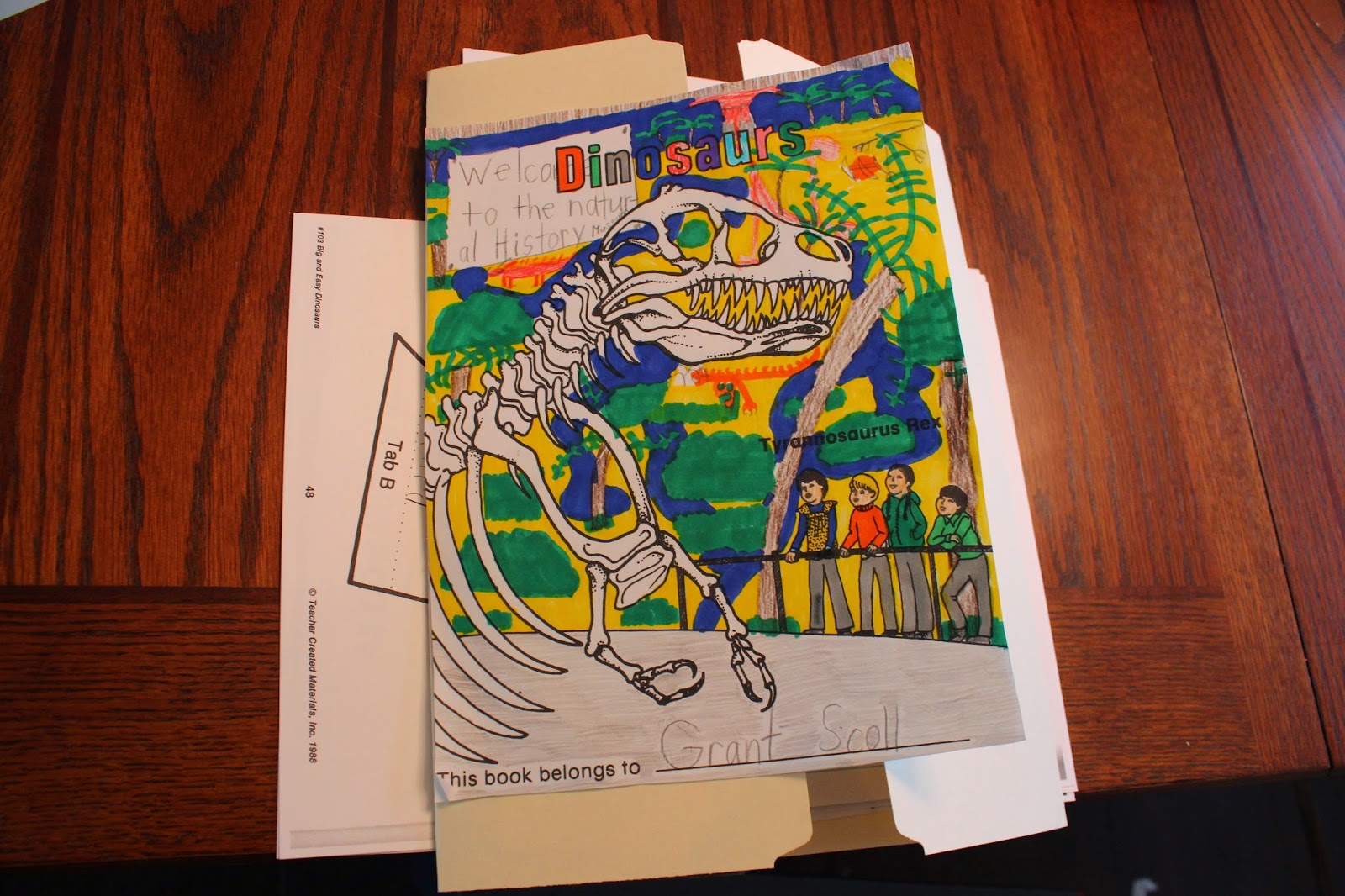 We probably did a few other activities I forgot to take pictures of but if I don't take a picture, I often forget.  That's why my goal is to make sure to capture his work. Well, until next week!

Email ThisBlogThis!Share to TwitterShare to FacebookShare to Pinterest
Labels: Munchkin