Ditto started off this week wanting to explore the sensory bin.  He thoroughly enjoyed it! 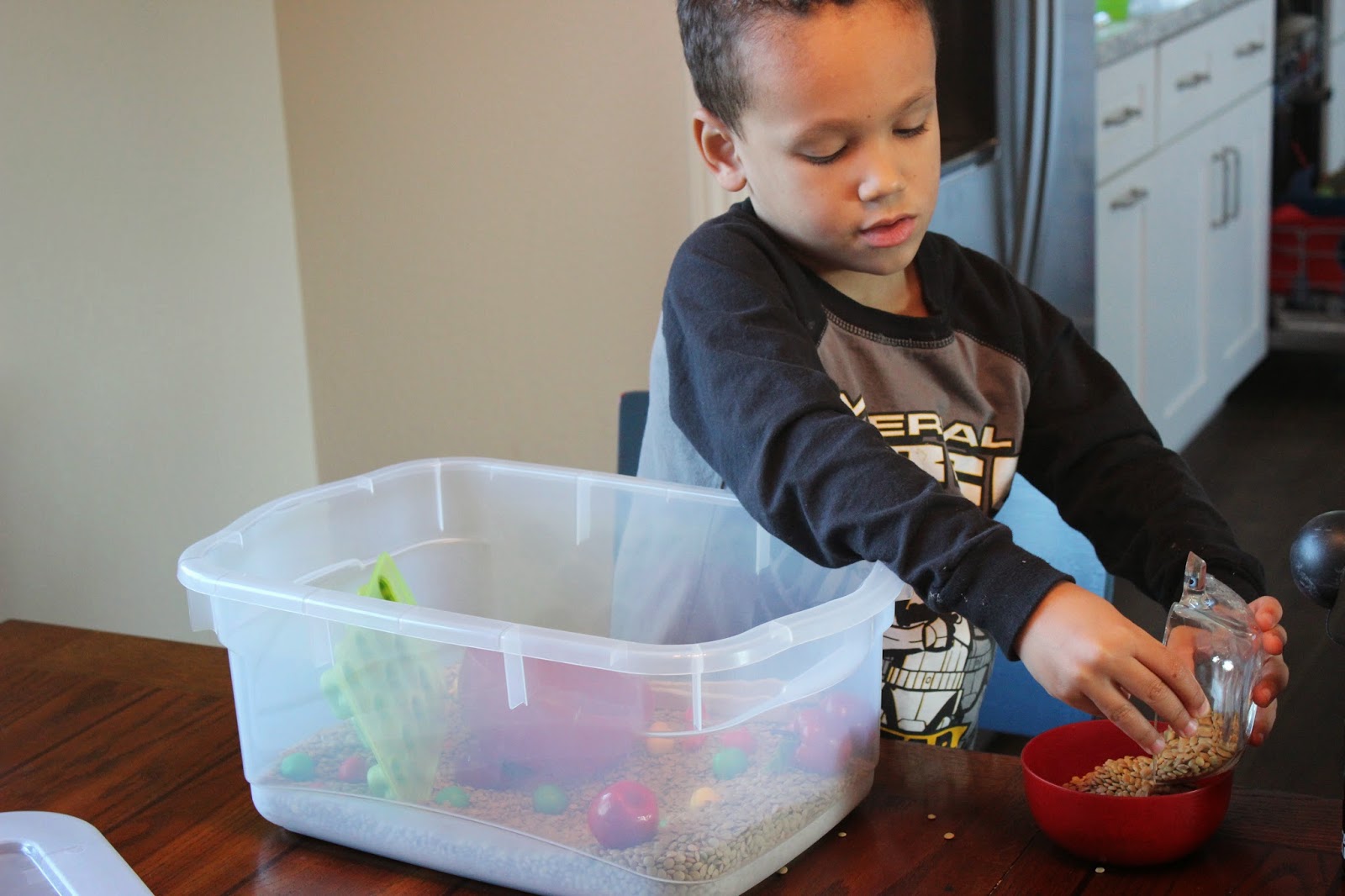 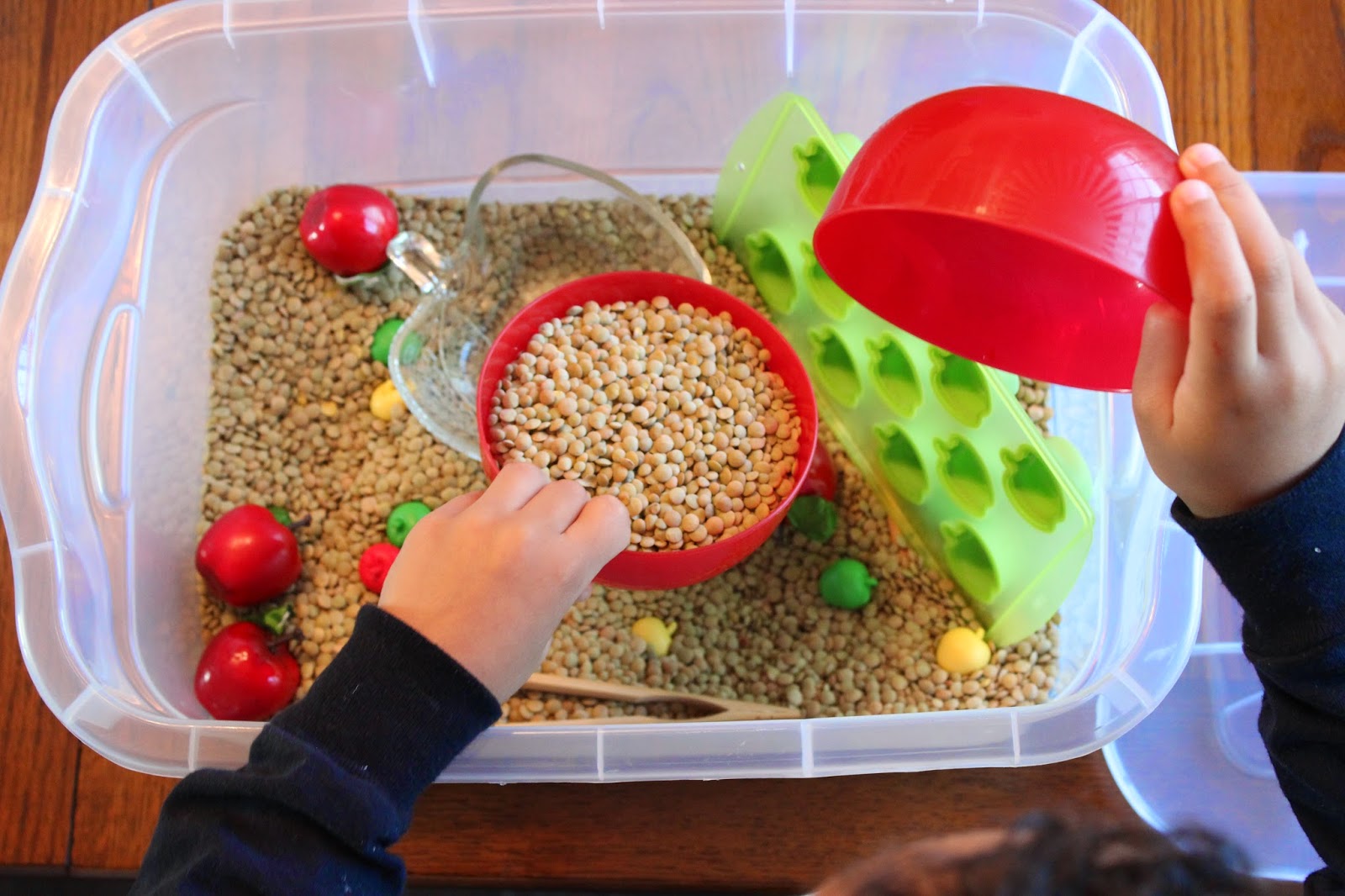 While I worked with Munchkin, Ditto worked the the Math-U-See blocks.  He doesn't use this exactly as instructed but I kind of like him being able to explore and develop a love/interest for a material.  I think it will help when I start using it more appropriately (hopefully it will help). 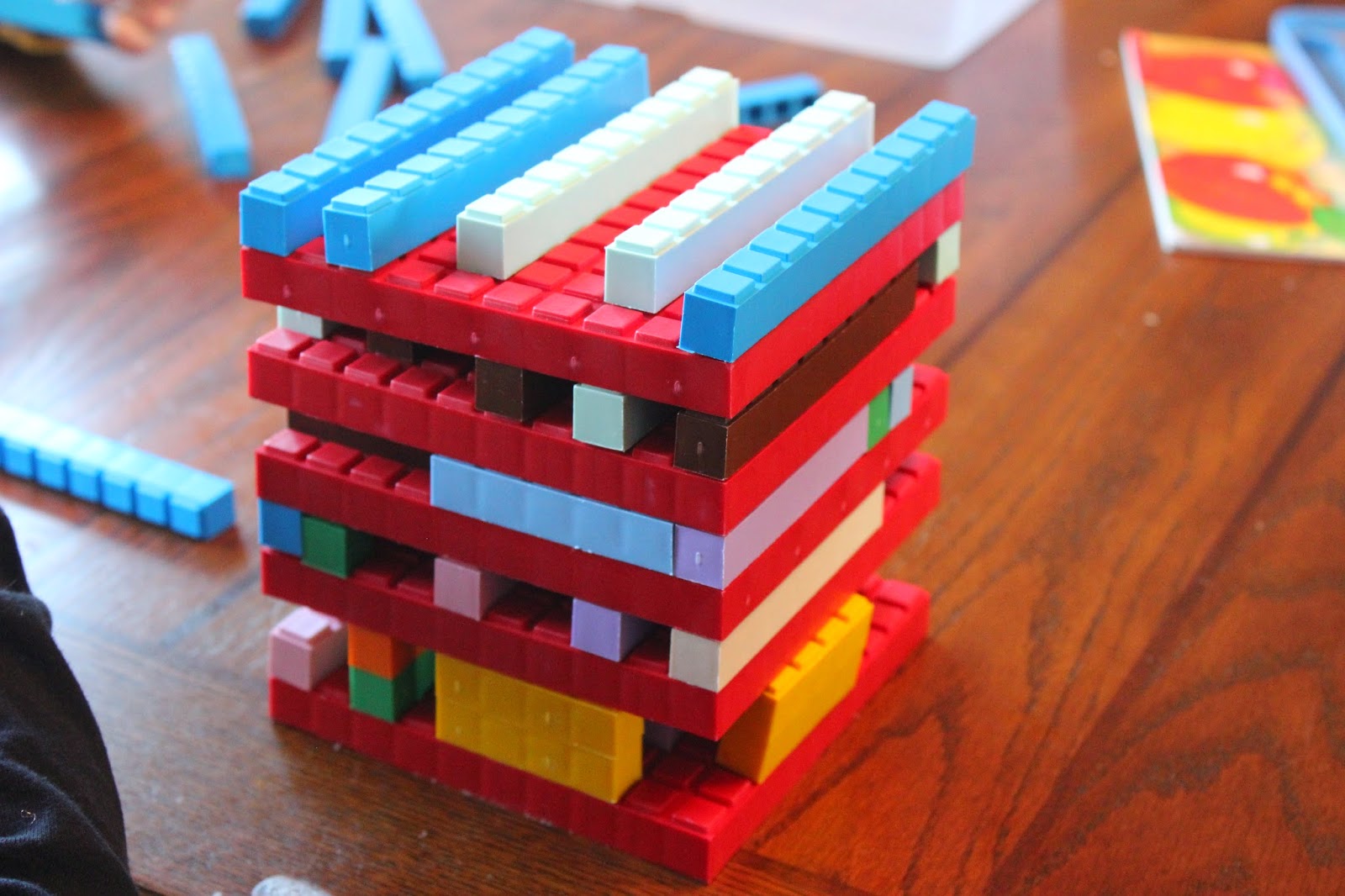 While I read his Sonlight books, he played with our toy dinosaurs (which were left out from Munchkin's school time). 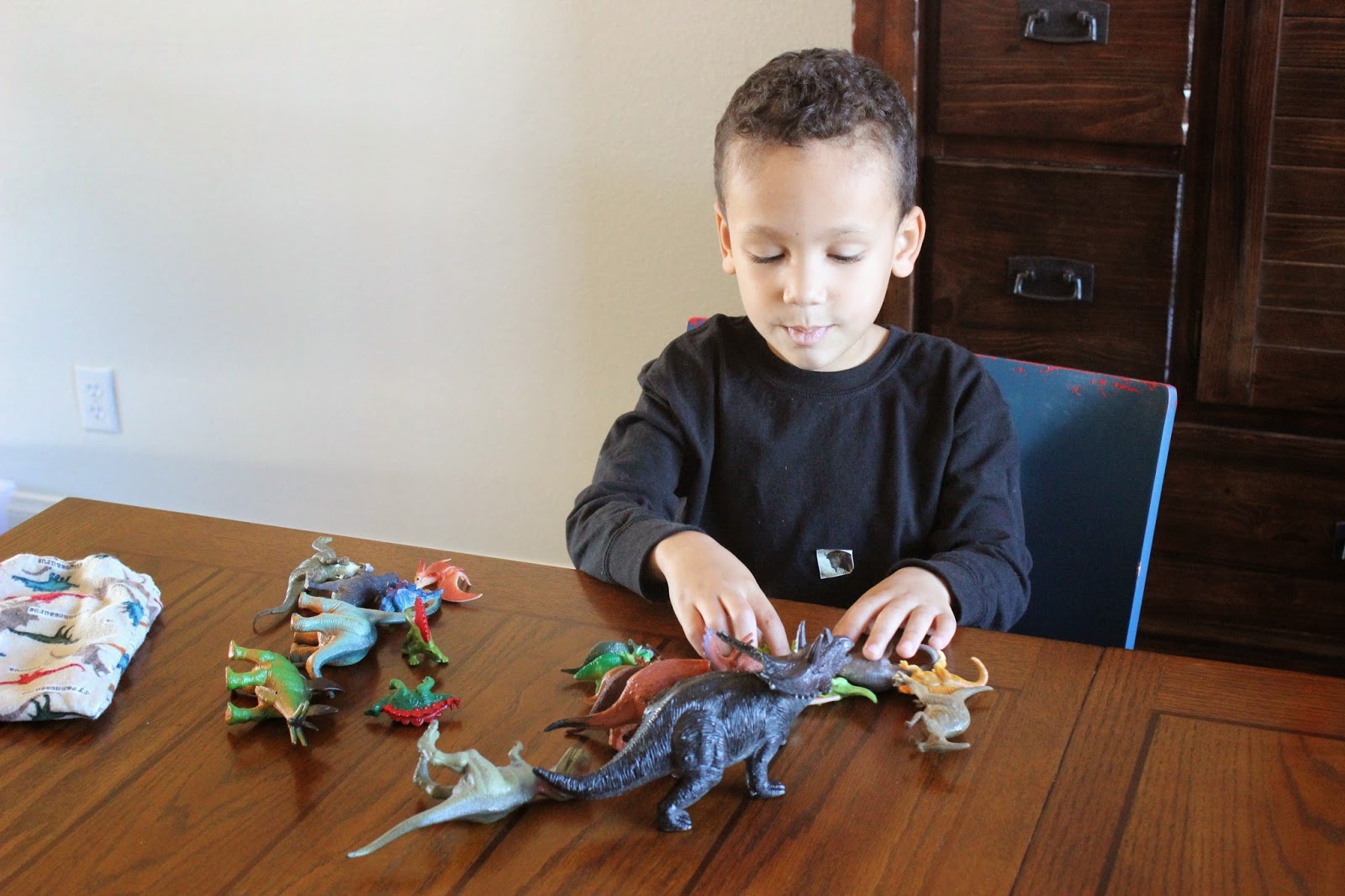 I then read him a poem about flying squirrels from Eric Carle's Animals Animals. He didn't recall ever seeing a flying squirrel before so I played a youtube video for him. 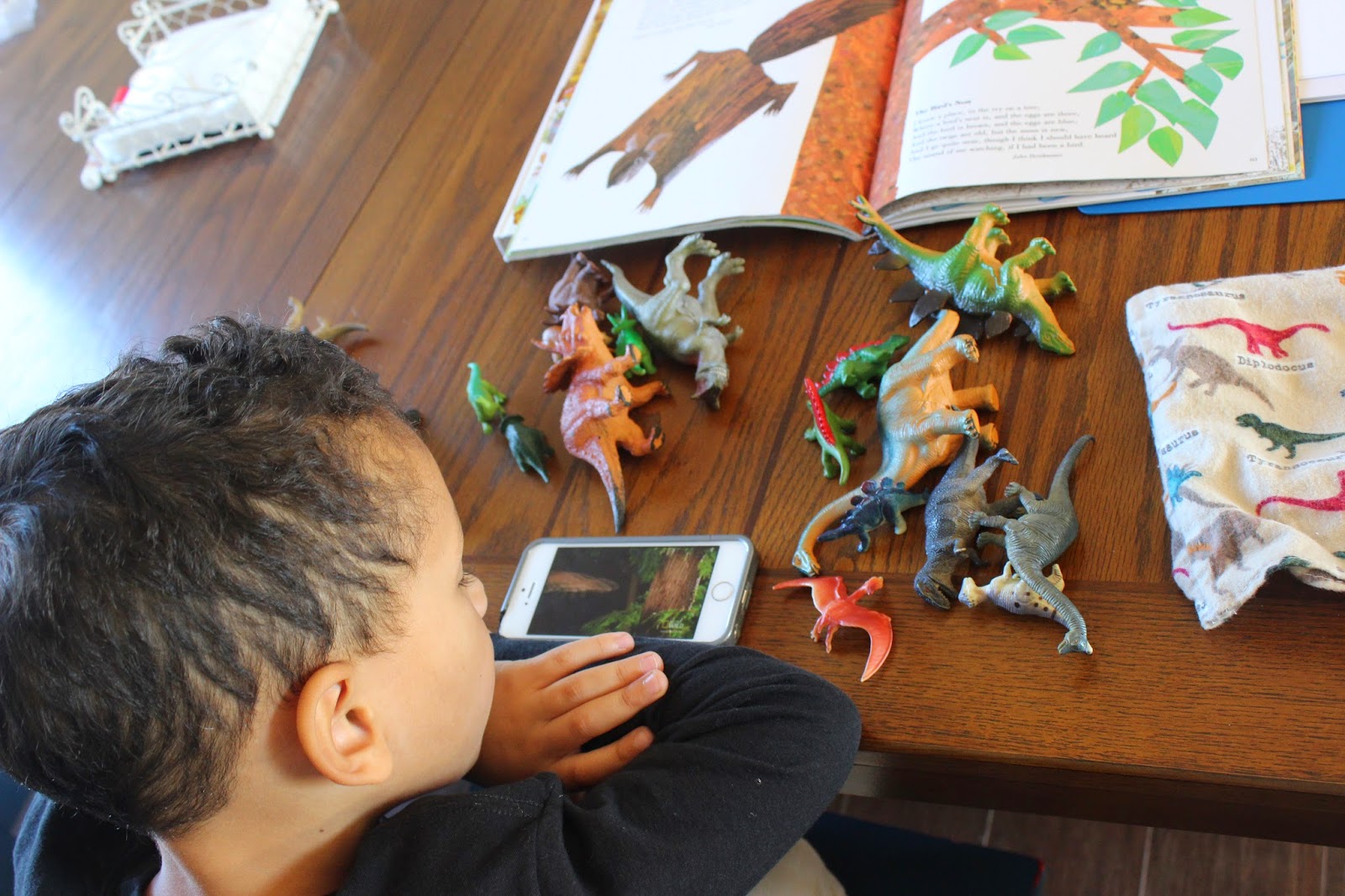 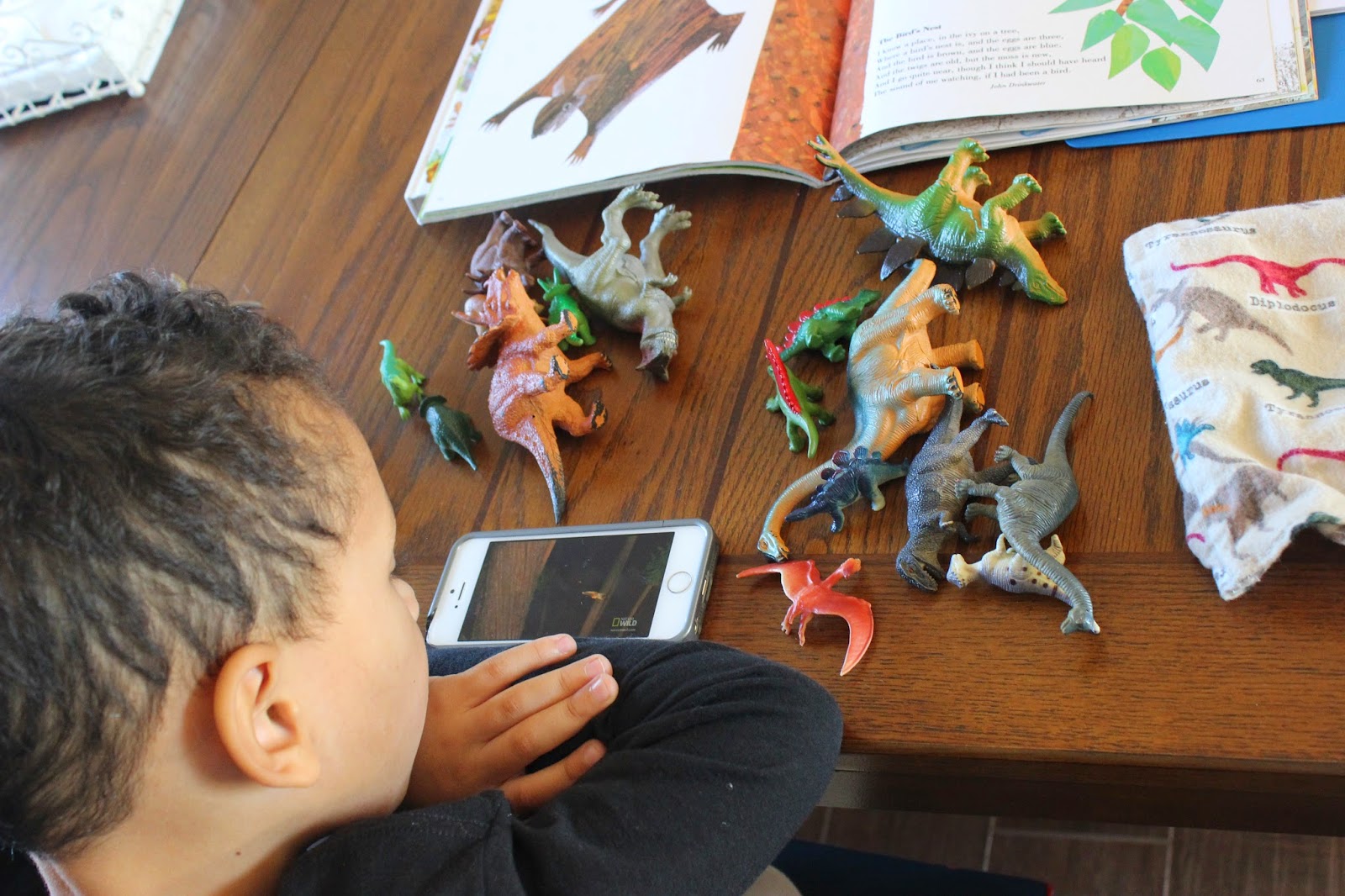 While I worked more with Munchkin, Ditto played with the dinosaur felt. 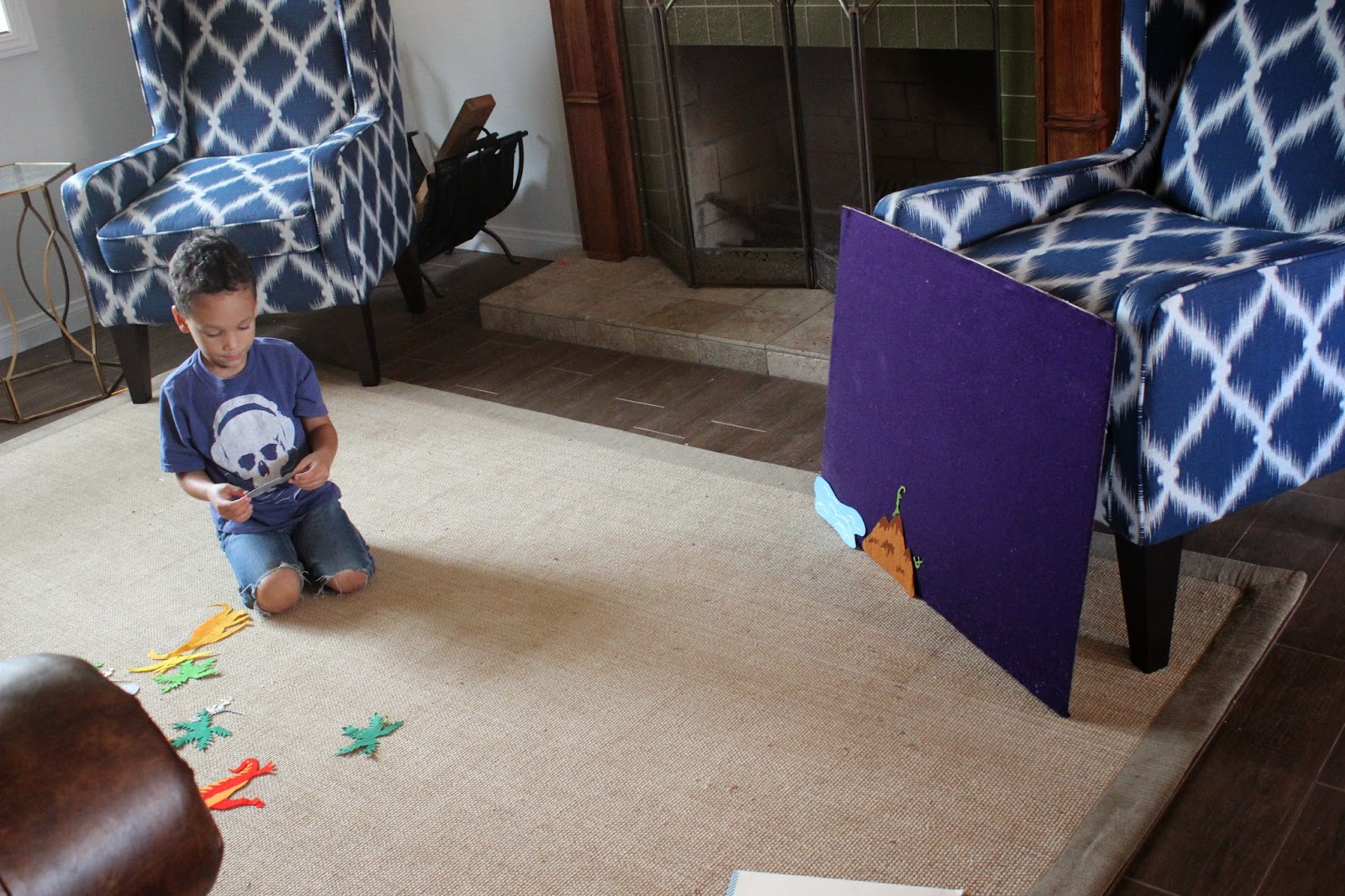 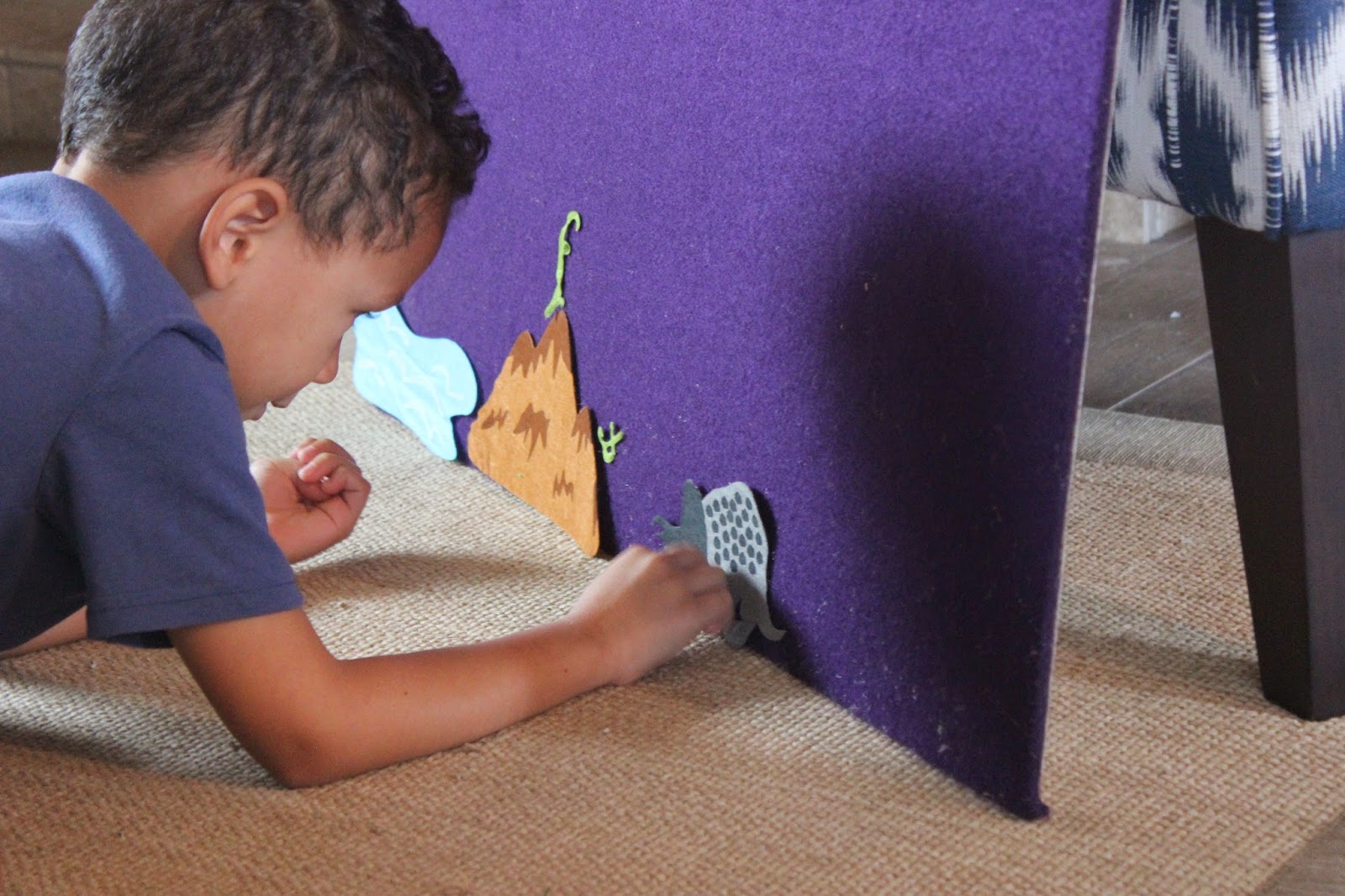 Always such a great helper, he helped Munchkin collect dinosaurs to match to skeletons. 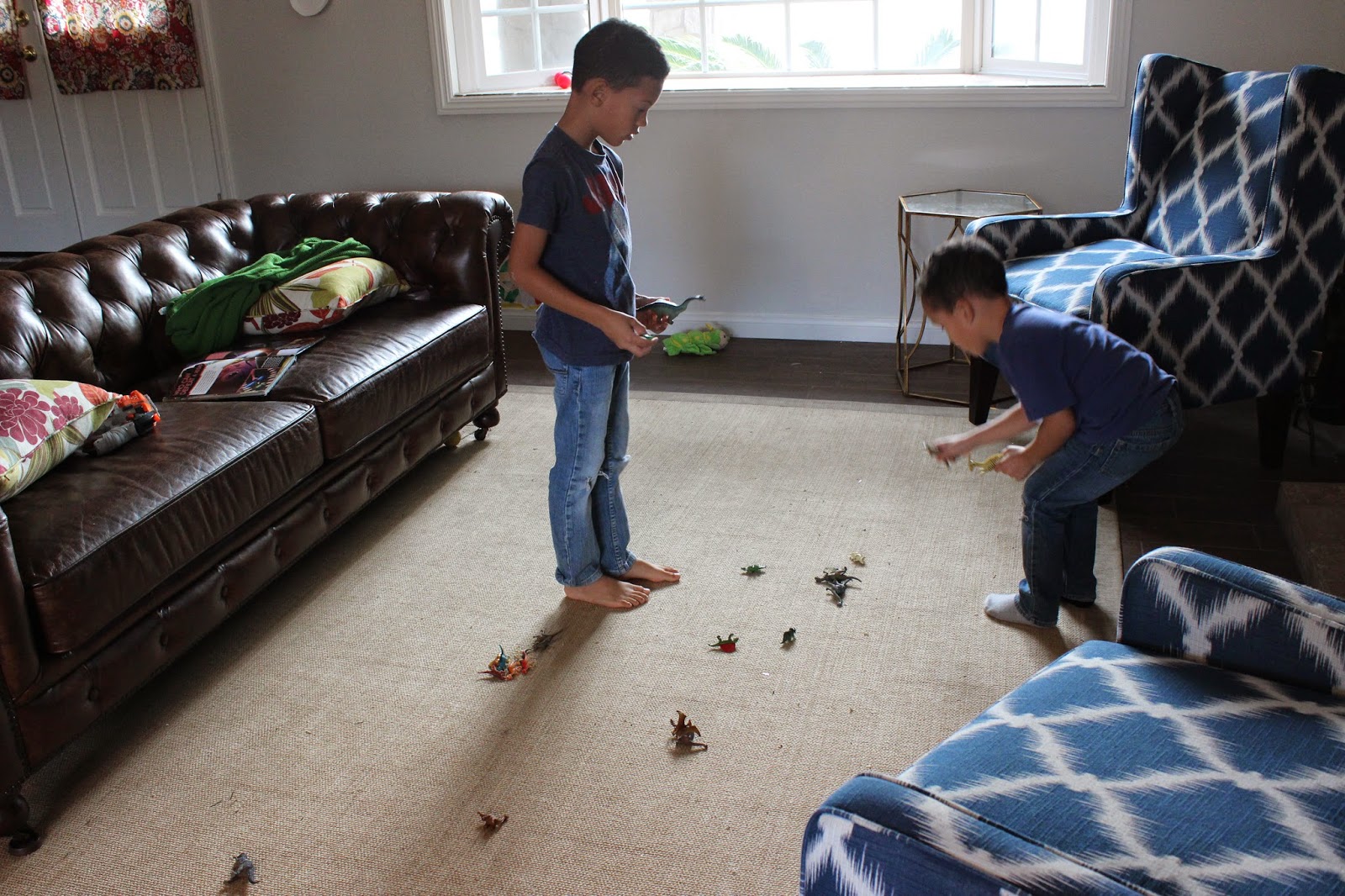 A lot of the time, when I need to be able to focus on Munchkin's school (and Ezra's sleep), I'll set Ditto up on Starfall. (I would like to break this habit and just have activities prepared and ready for him to keep him occupied). But until then, he really enjoys it! 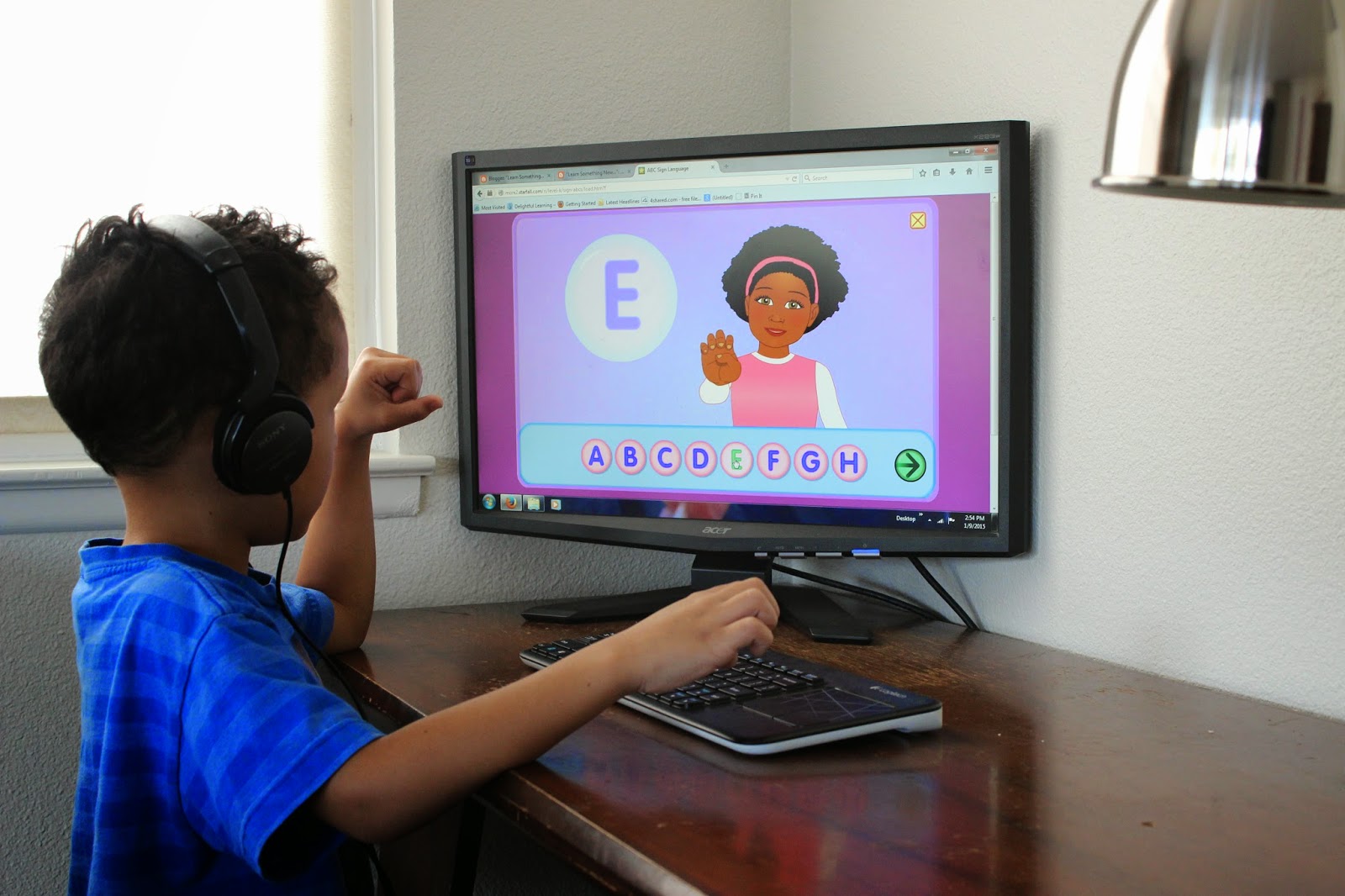 While making the chocolate frosting for Ezra's birthday cake, Ditto really enjoyed licking the bowl, and the spatula, and the whisk. 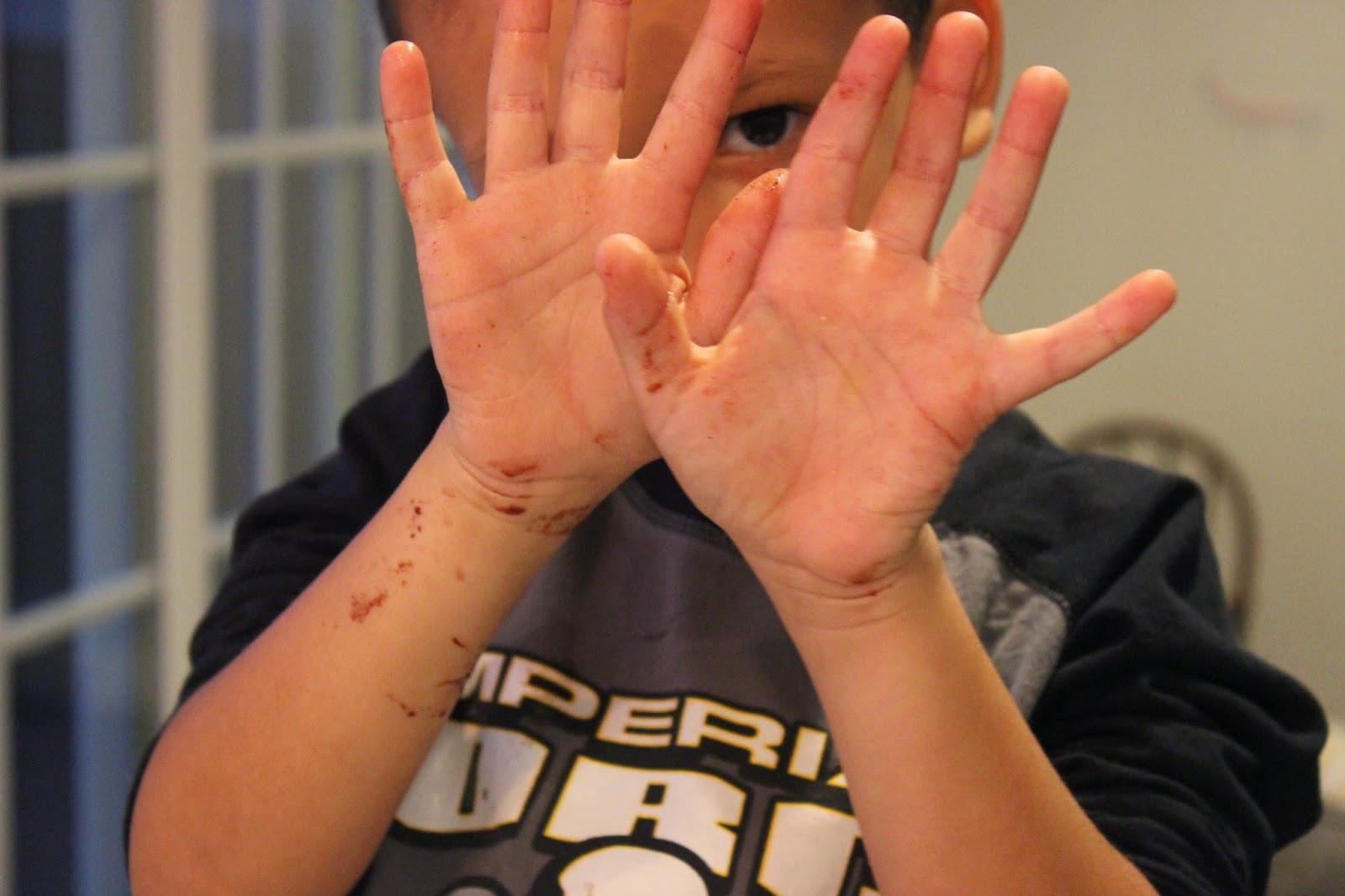 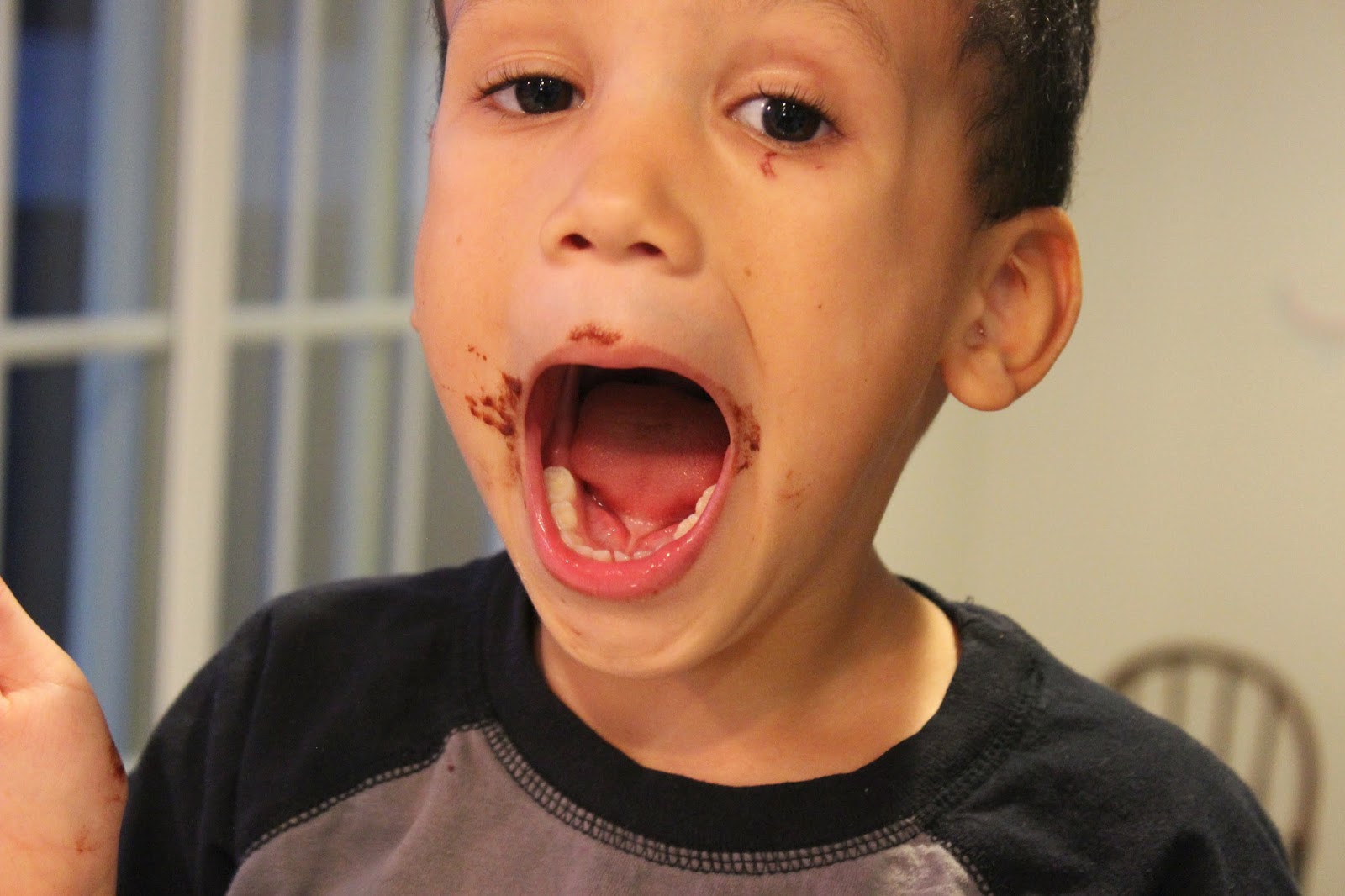 Catching up on his Developing Learner Book 1. 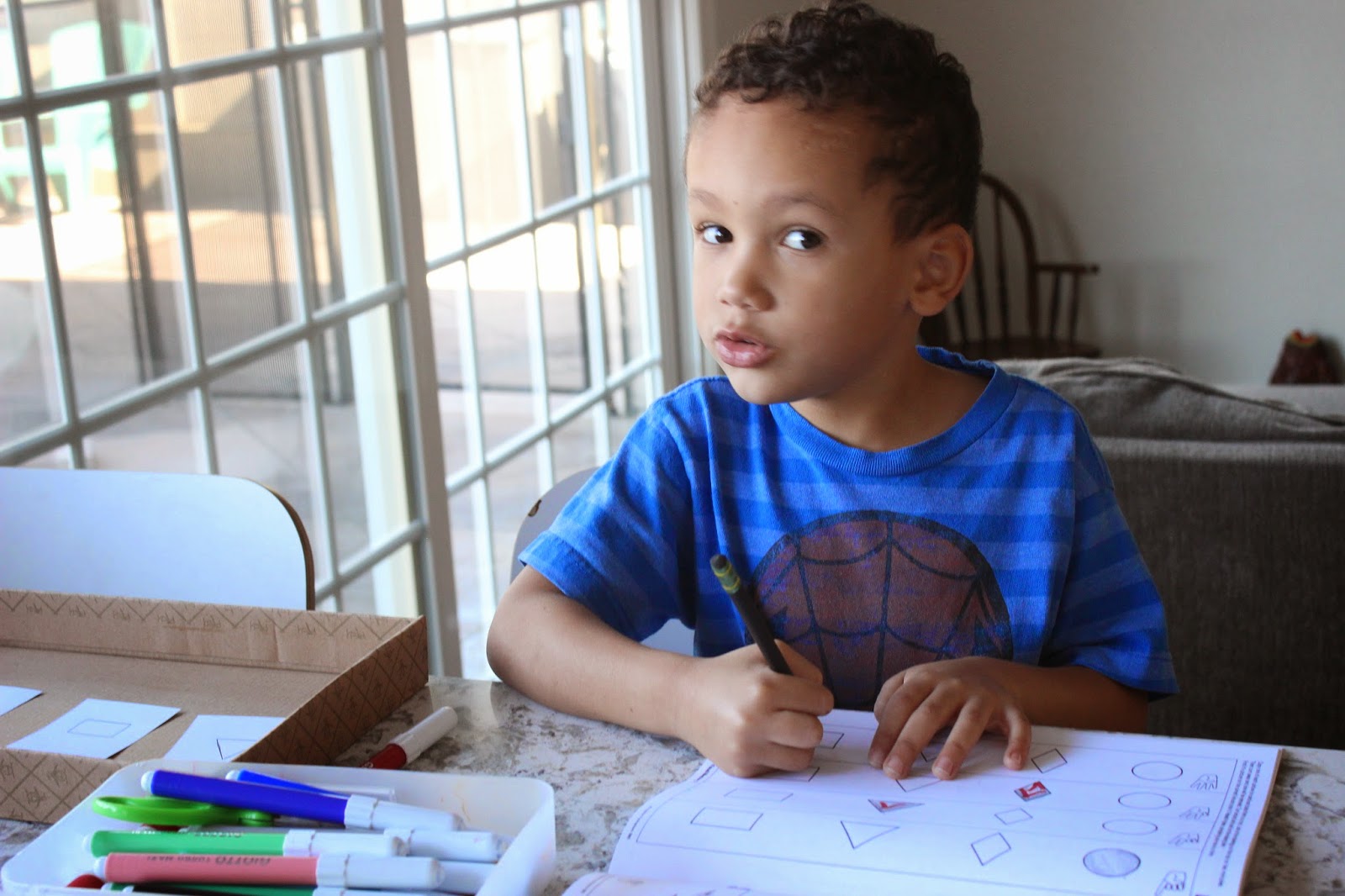 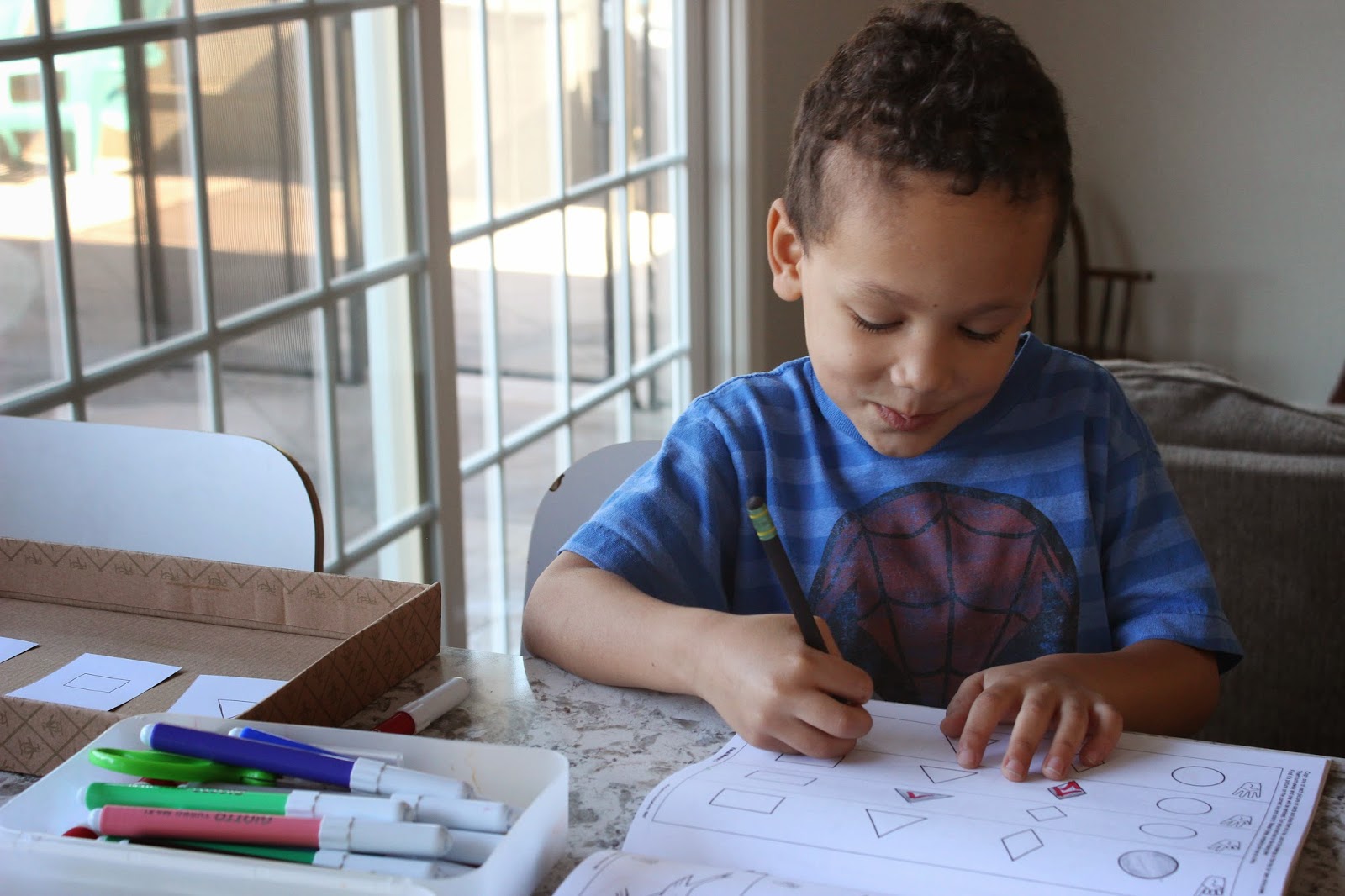 I read him a story about a deer mouse (which I googled to show him a picture - he liked it) outsmarting a greedy baker (don't have the book in front of me and can't remember the title) and during the part of the story where mouse deer drops the coins on the floor and they chime, I dropped coins from his piggie bank into a bucket.  He enjoyed this so much that he spent a great deal of time (totaling about an hour) dropping in one coin at a time and enjoying the sound. 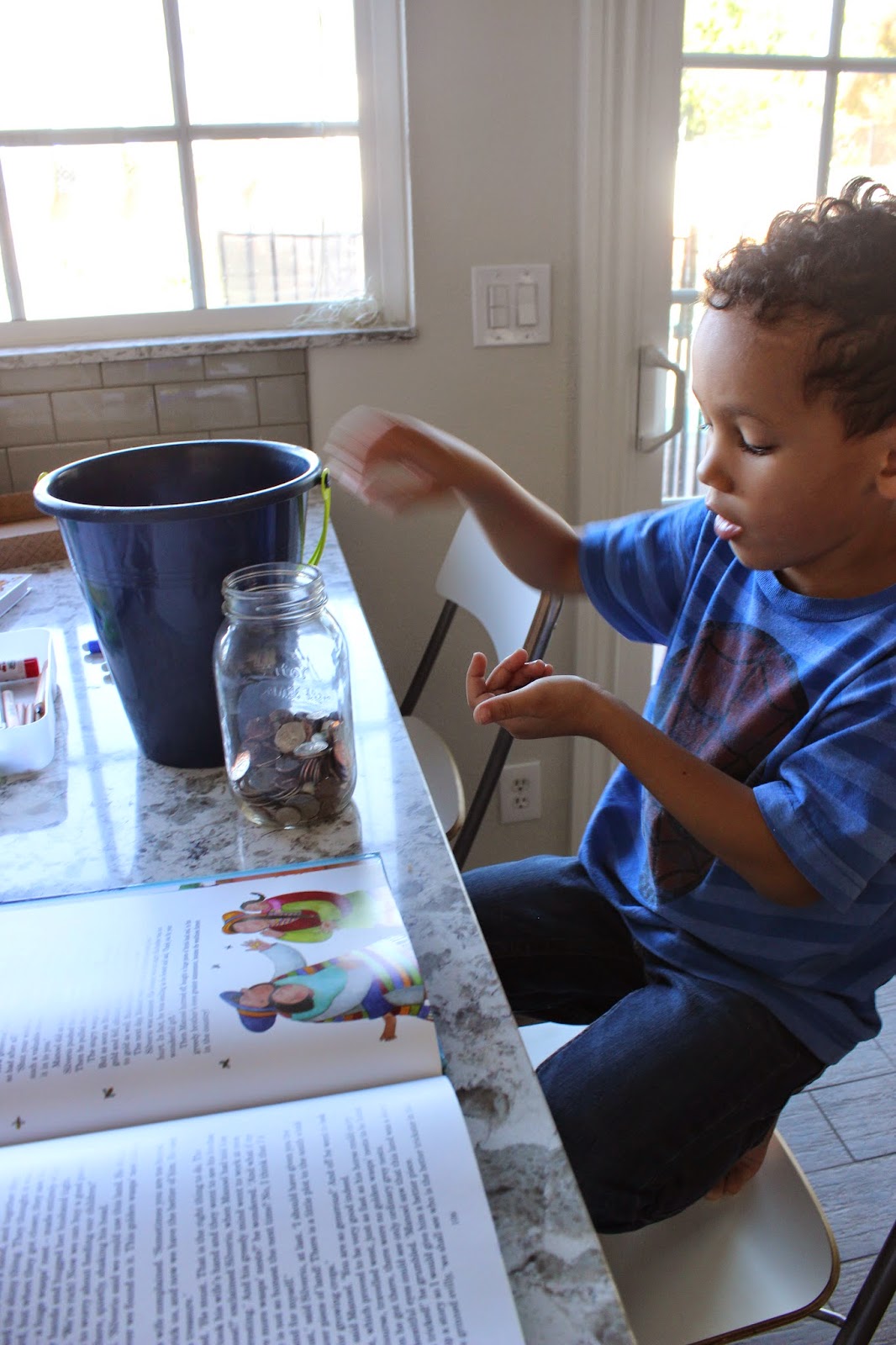 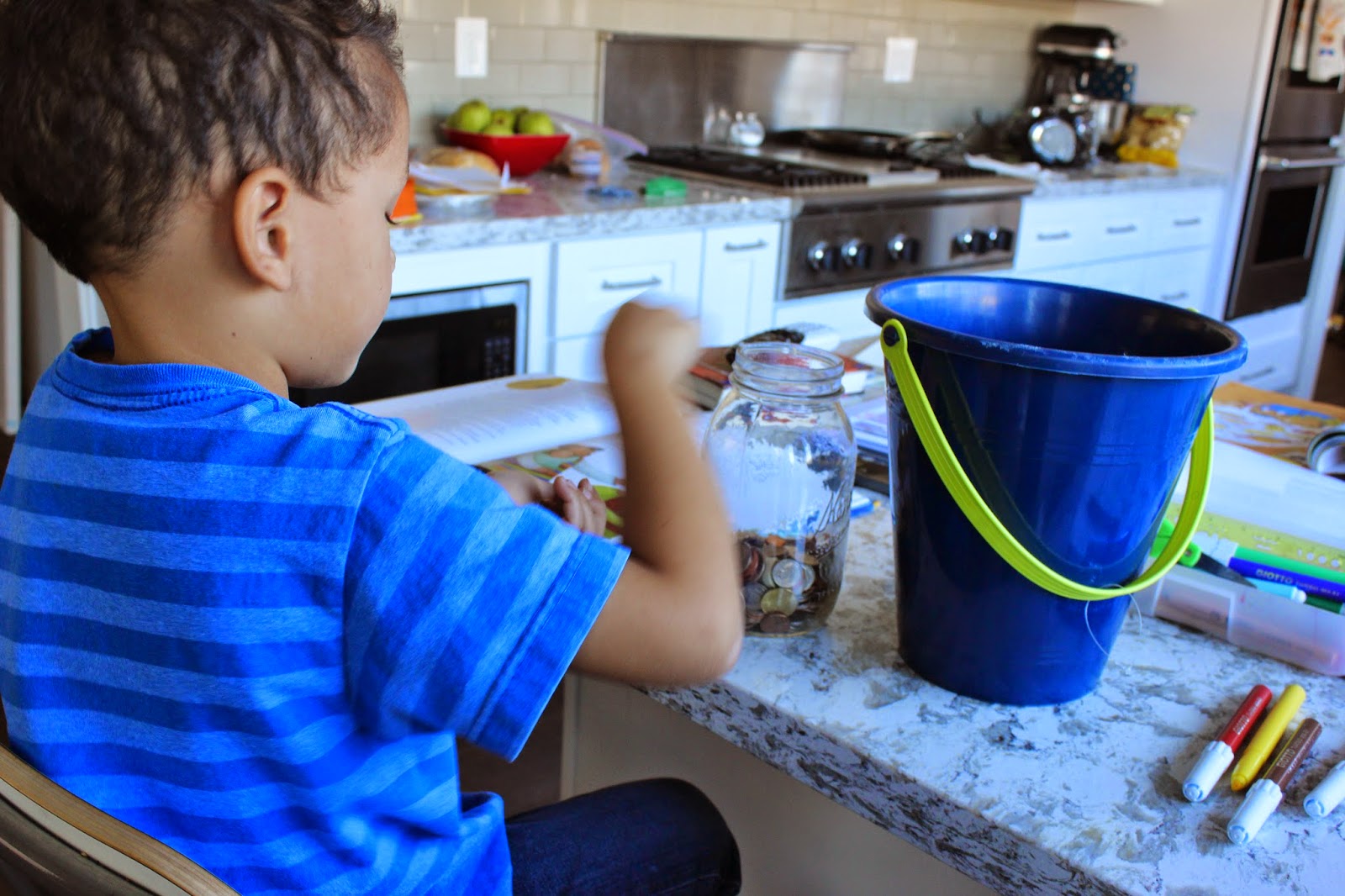 His nursery rhyme was Little Miss Muffet and we played a game where I put 6 picture cards in a bucket, had him pull one out and replace the "spider" with whatever animal he chose. 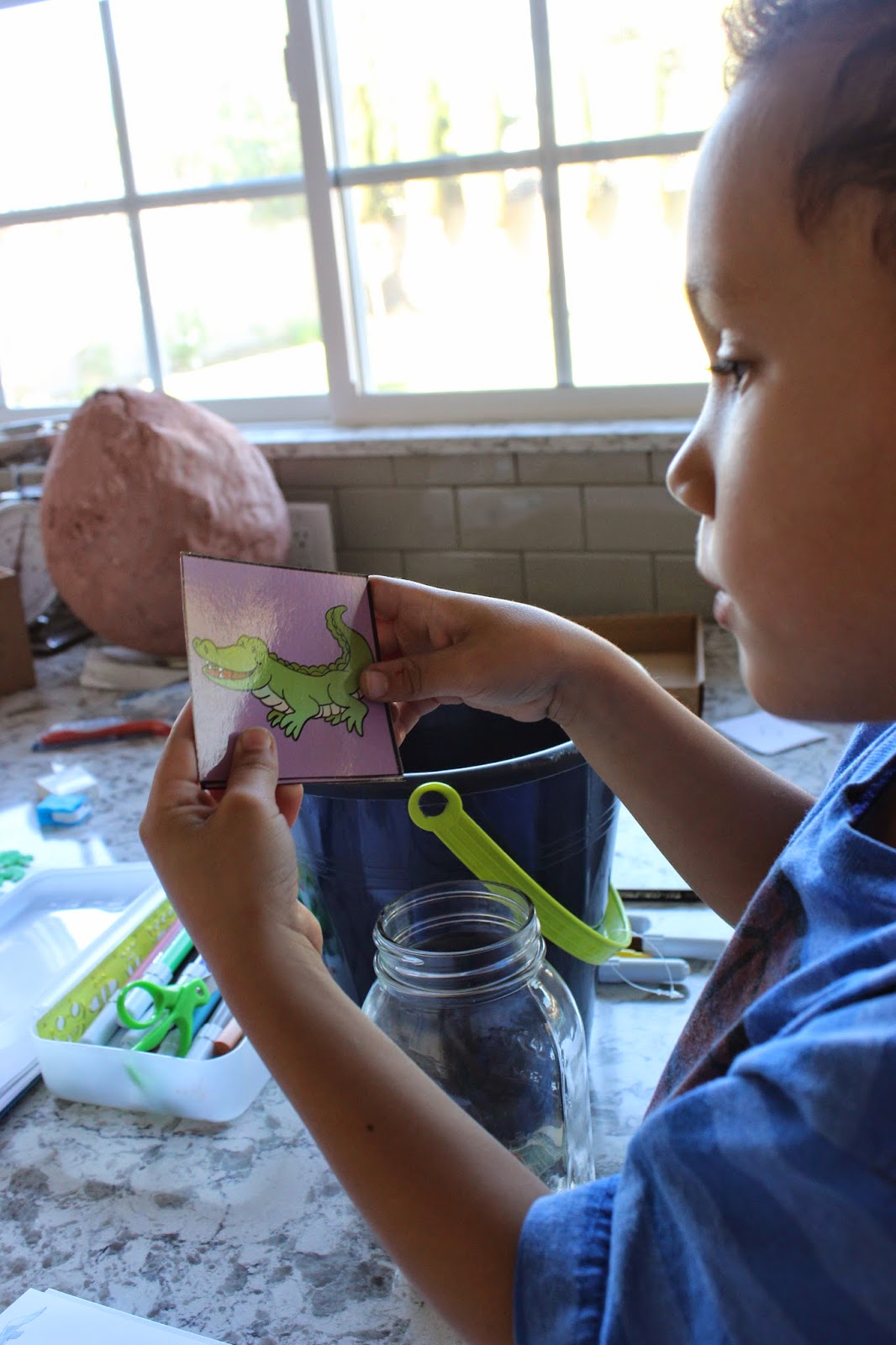 Little Mr. Tuffet (he wanted me to change a few more parts)
Sat on his muffet,
Eating his curds and whey.
Along came an alligator,
and sat down beside him,
and frightened Mr. Tuffet away!
He liked the way Mr. Tuffet sounded much better than Mr. Muffet. 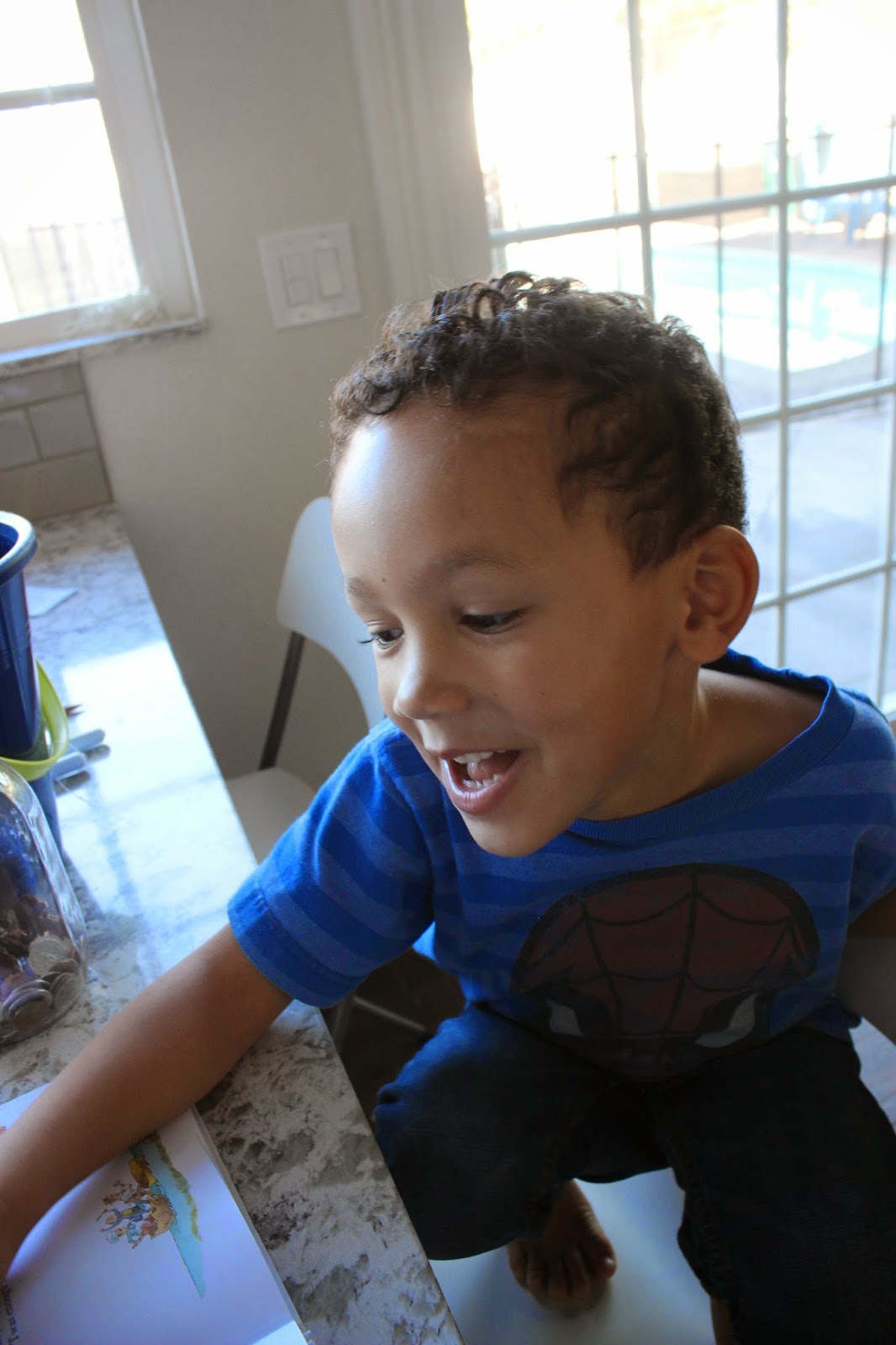 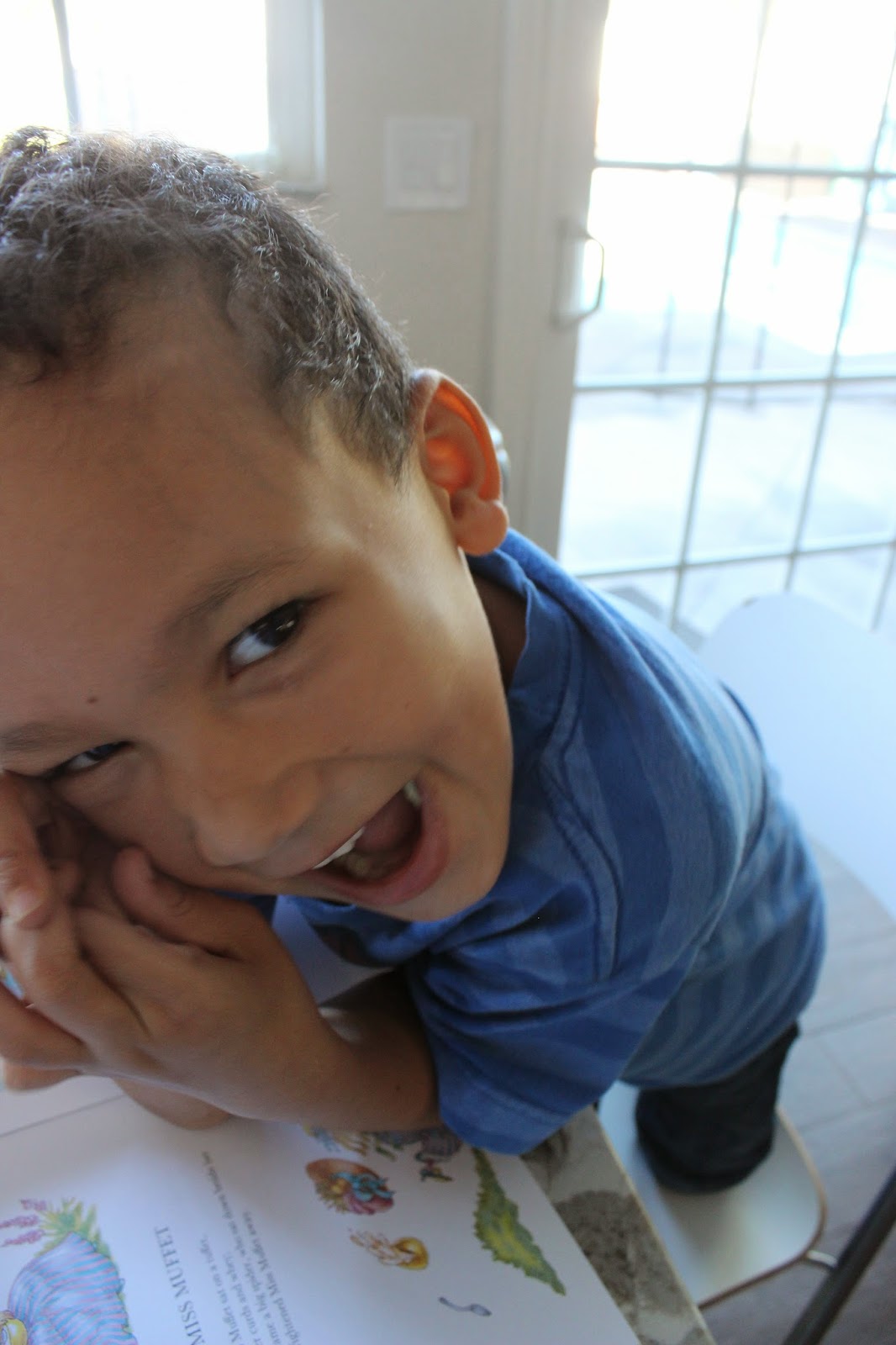 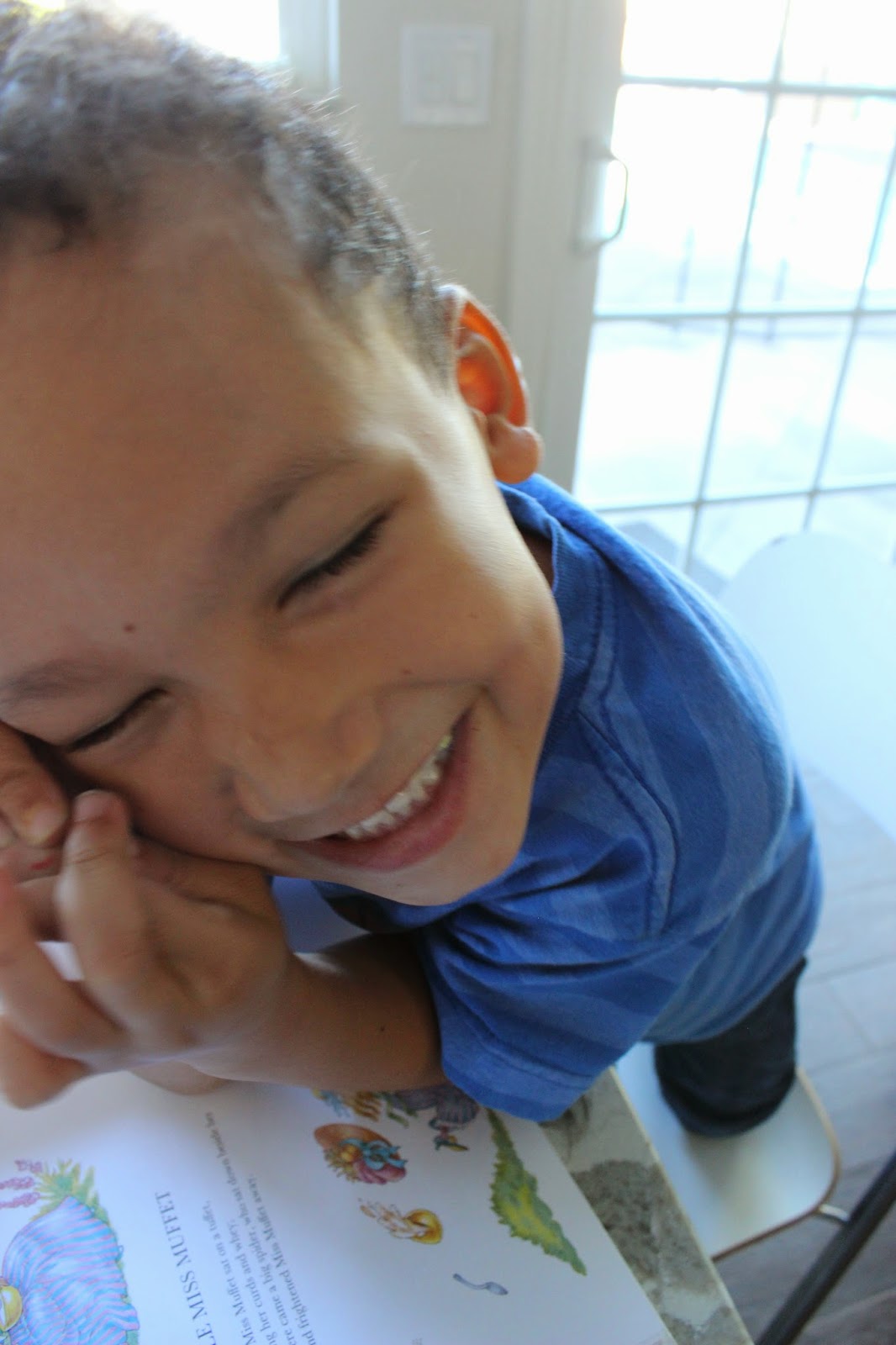 He really enjoyed this game.  Then he completed this fill-in-the-blank sheet and drew a picture to go along with it. 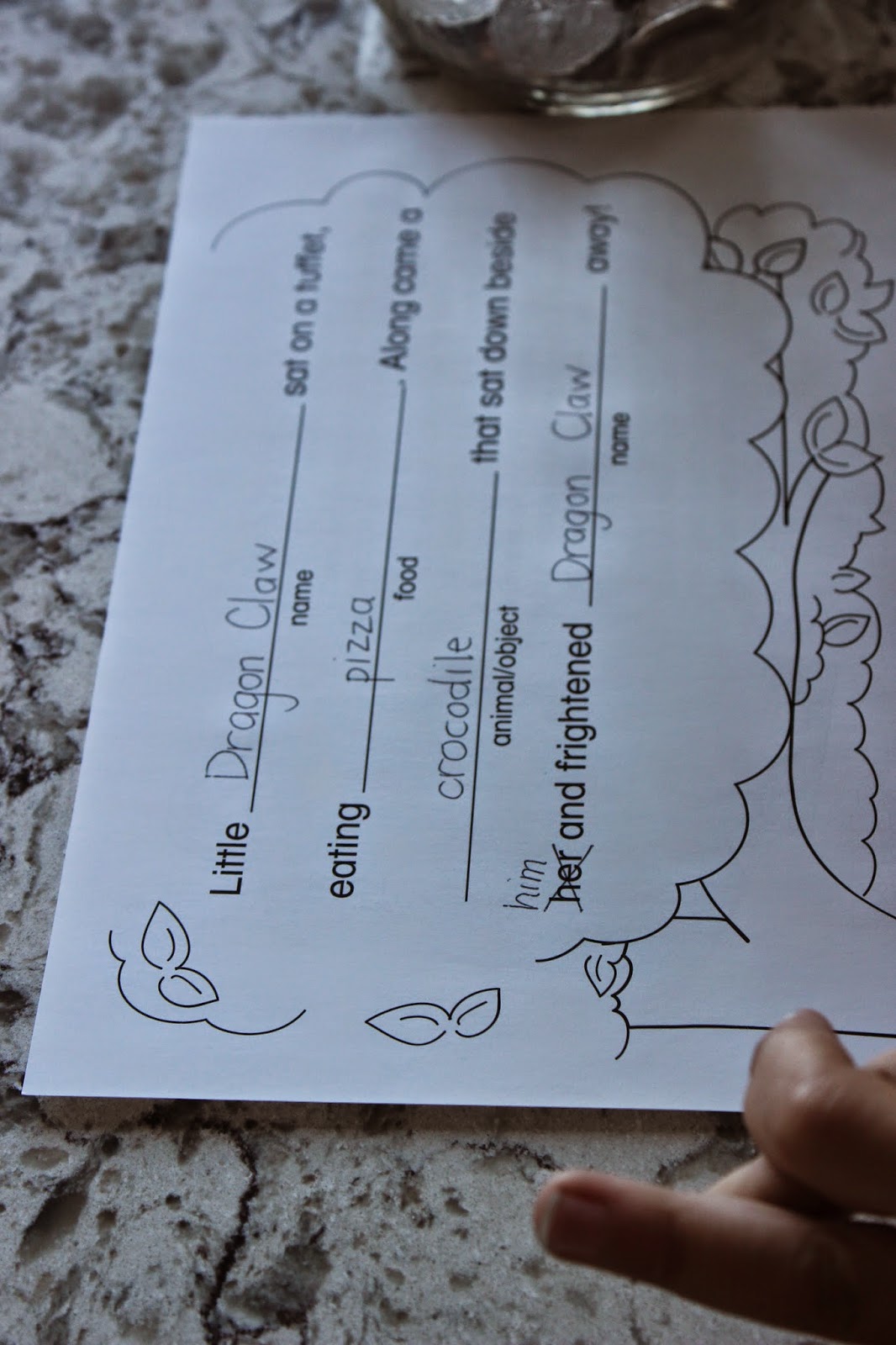 Email ThisBlogThis!Share to TwitterShare to FacebookShare to Pinterest
Labels: Ditto