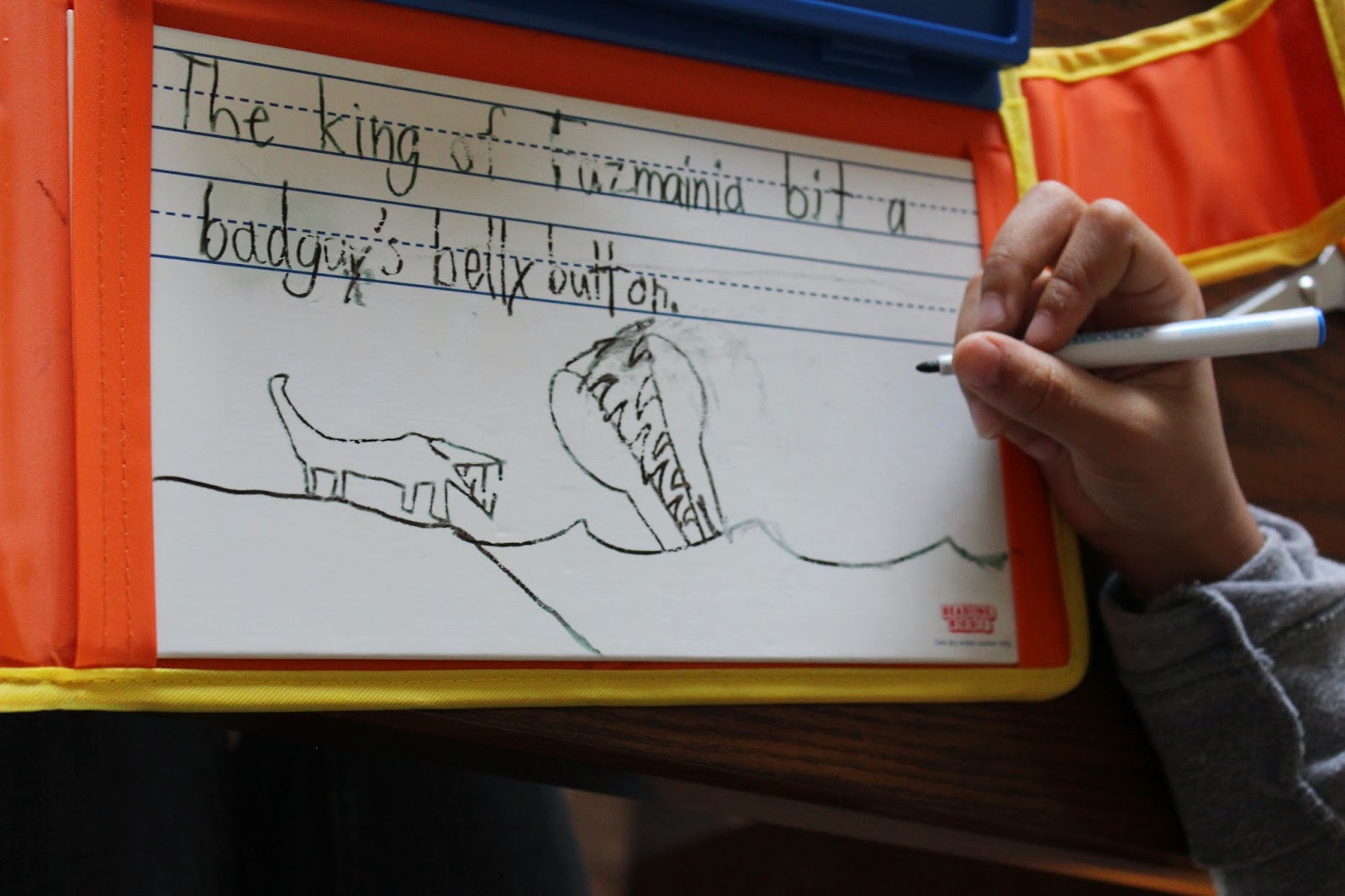 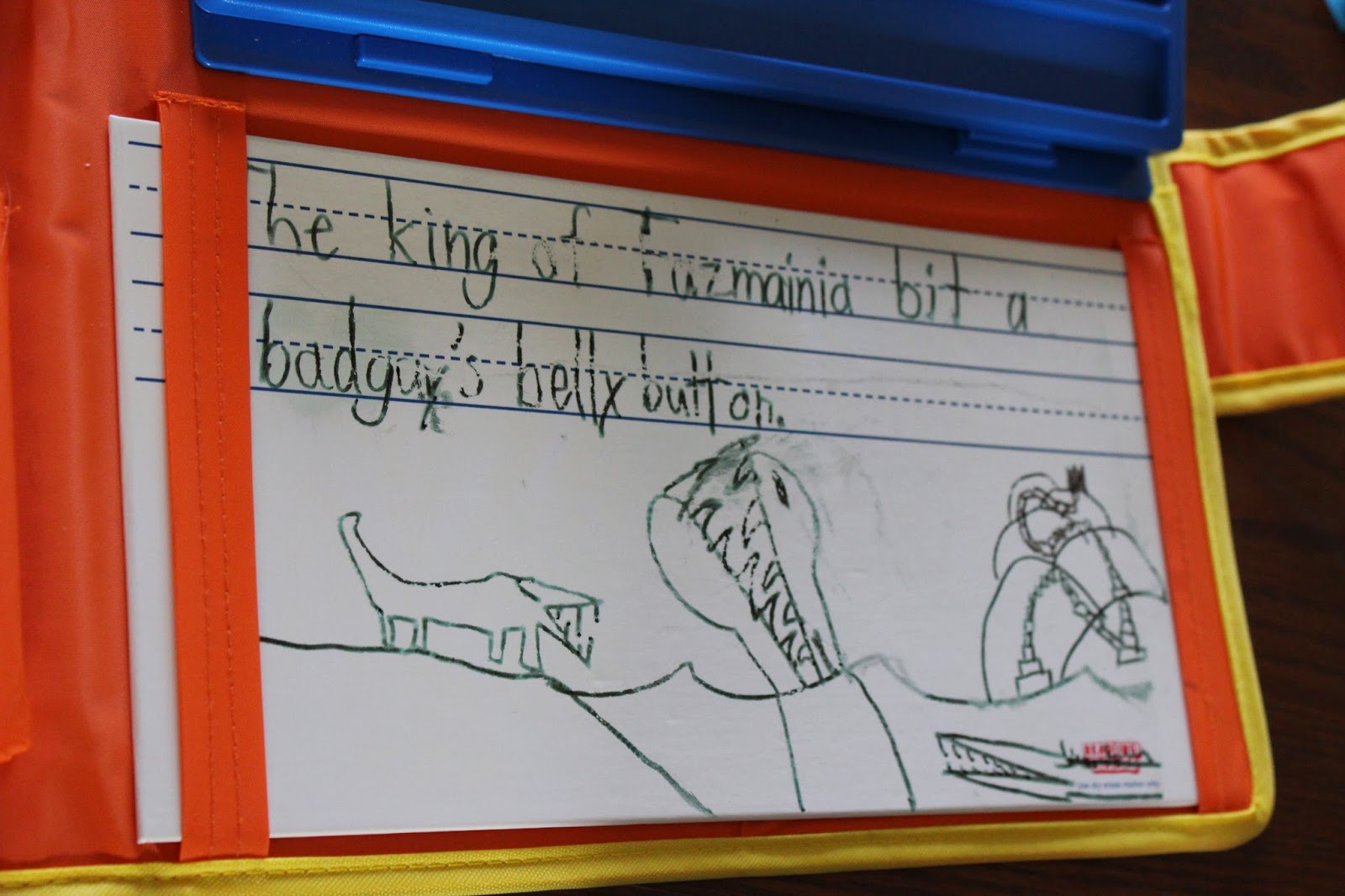 He always enjoys coming up with three number sentences for the date. Today was obviously the 14th.  I am most impressed with 70-56 which he figured out the answer for very quickly. 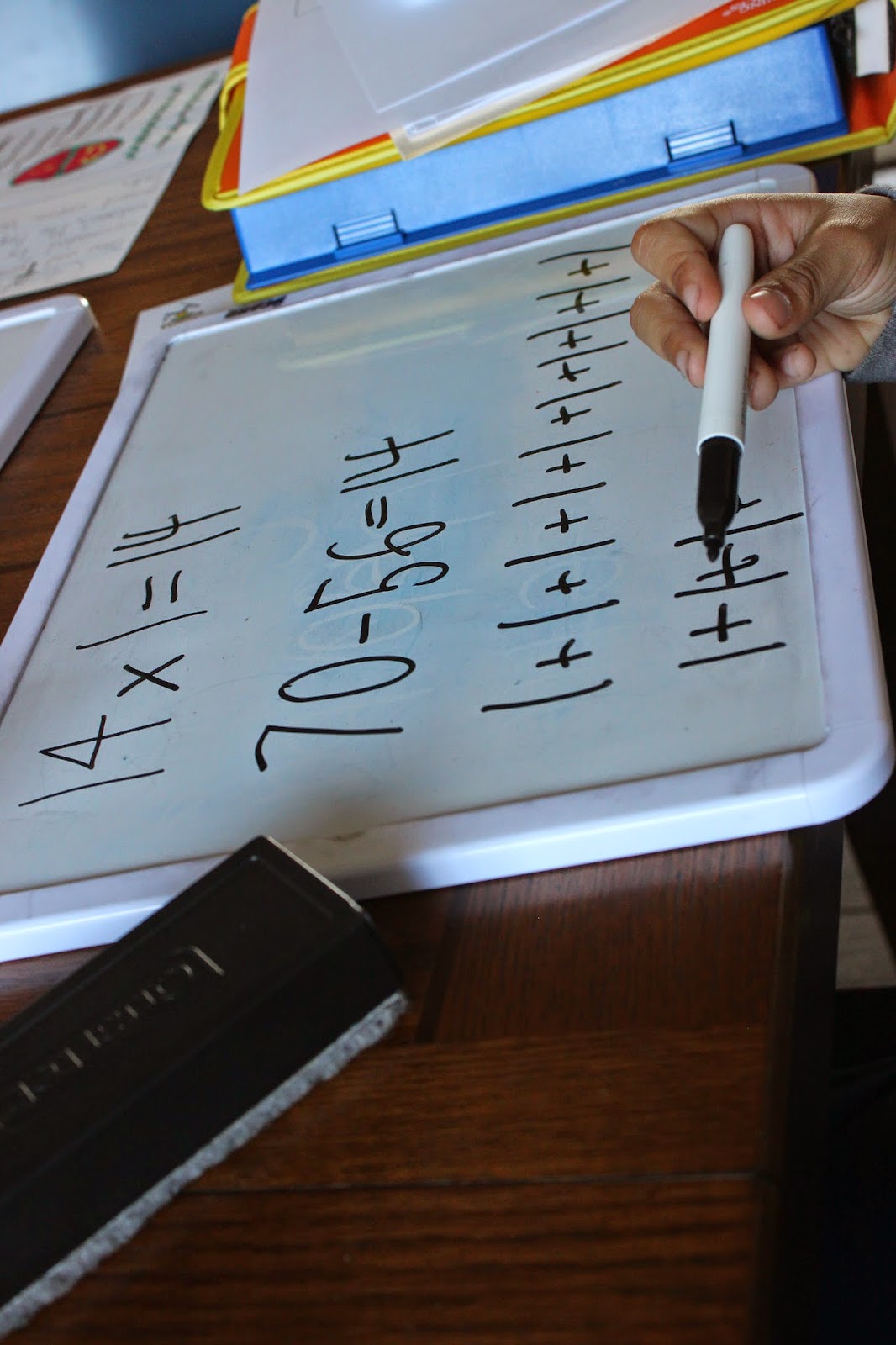 Math:
Then we worked on exchanging dimes for pennies.  To do this we went shopping for dinosaurs.  I made up the prices (to go along with the Saxon lesson we were basing this activity off of) and then Munchkin meticulously chose which dinosaur went with which price (which he told me was based off of which he liked the most, cost the most, and so on). 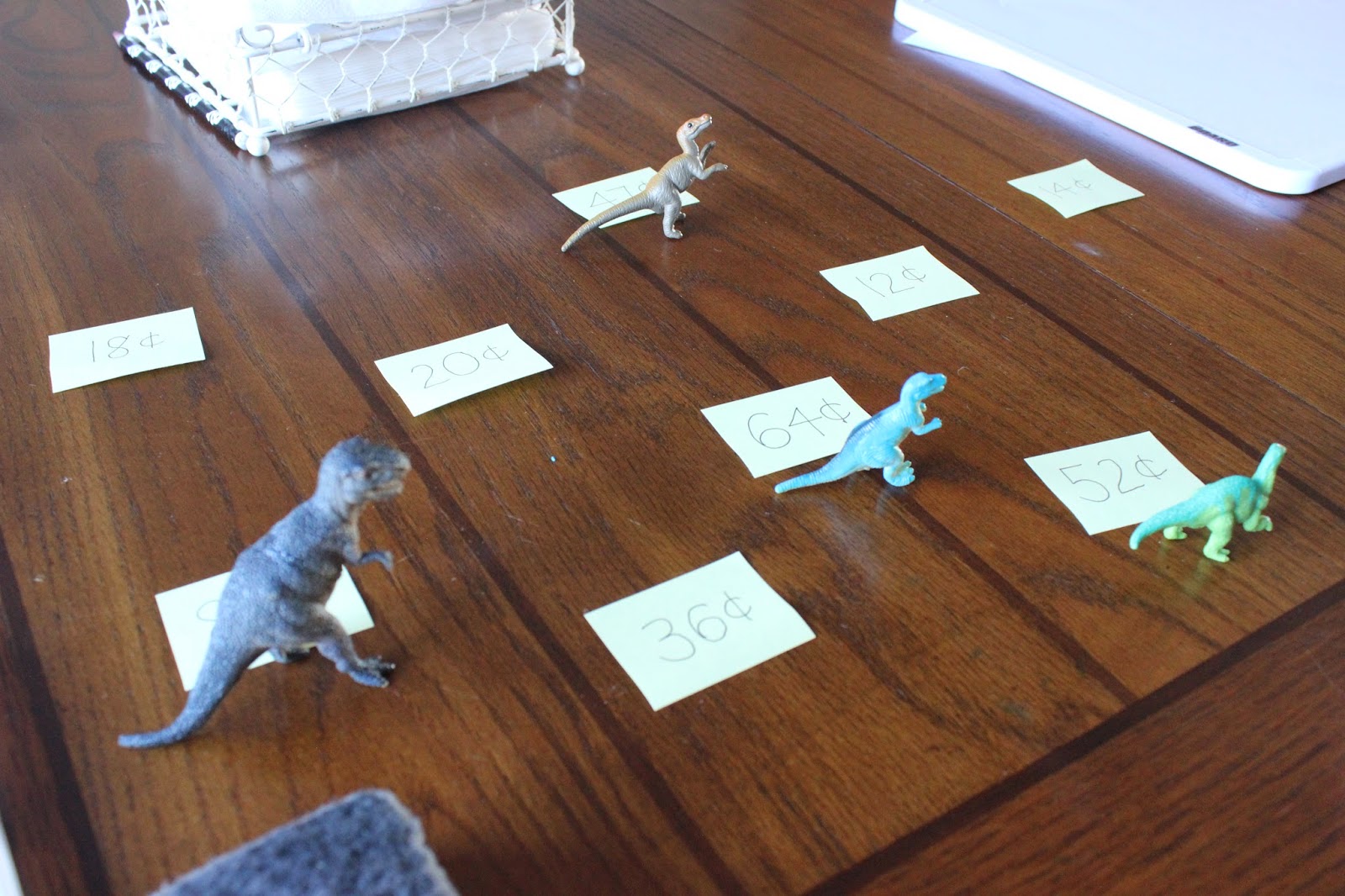 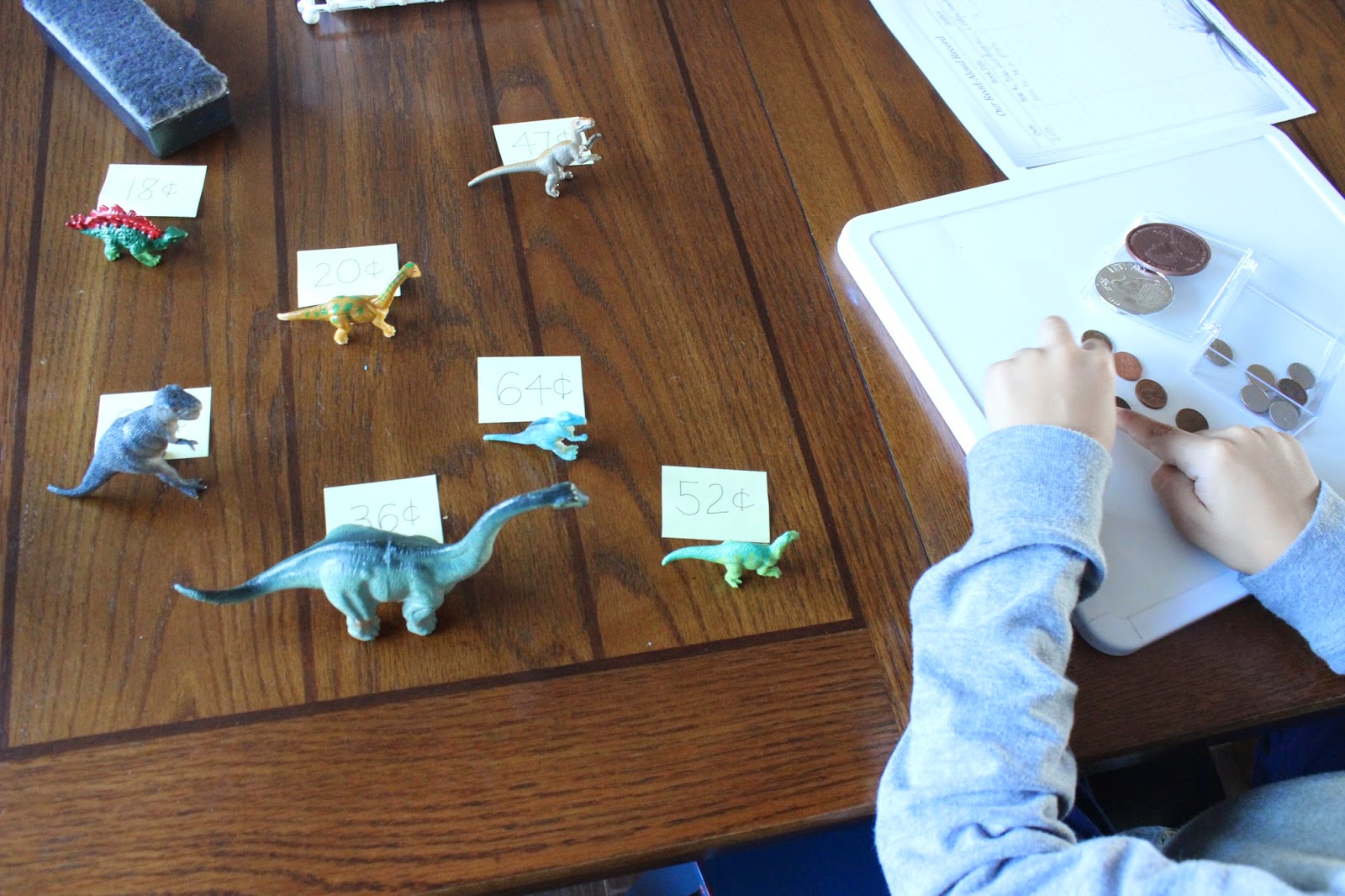 Then we moved onto comparing the weight of dinosaurs and comparing dinosaurs (and other objects) to color cubes. 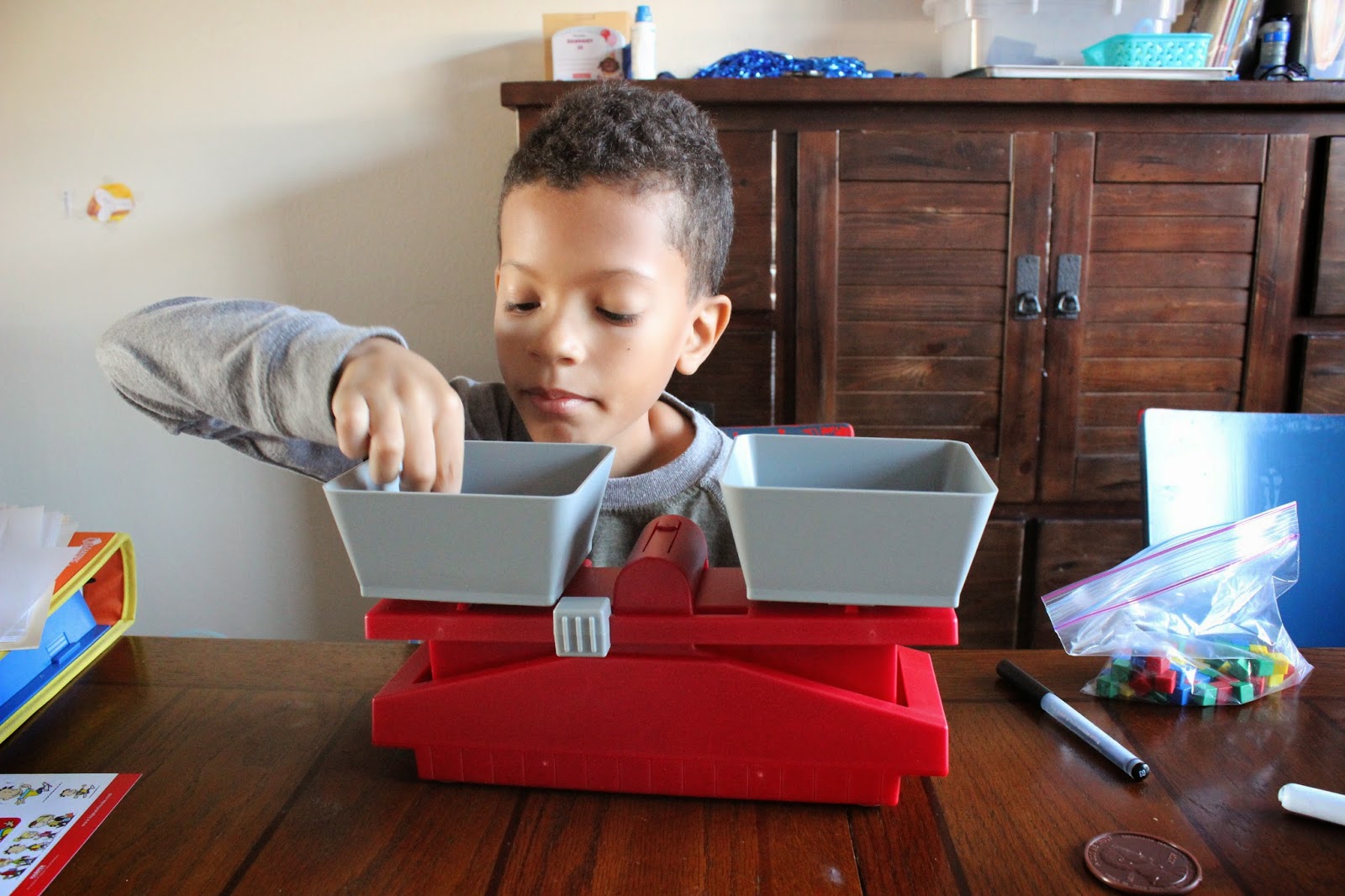 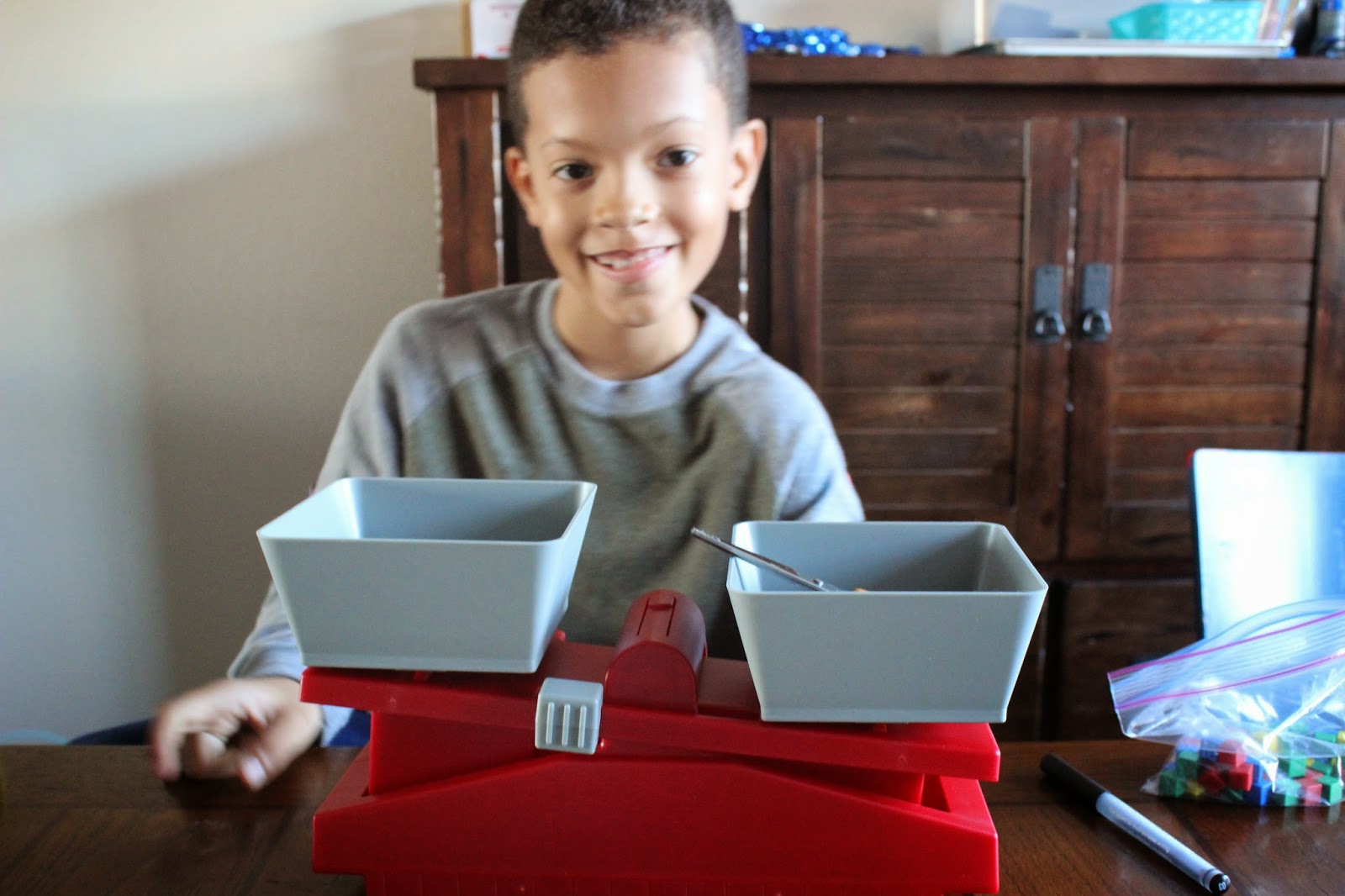 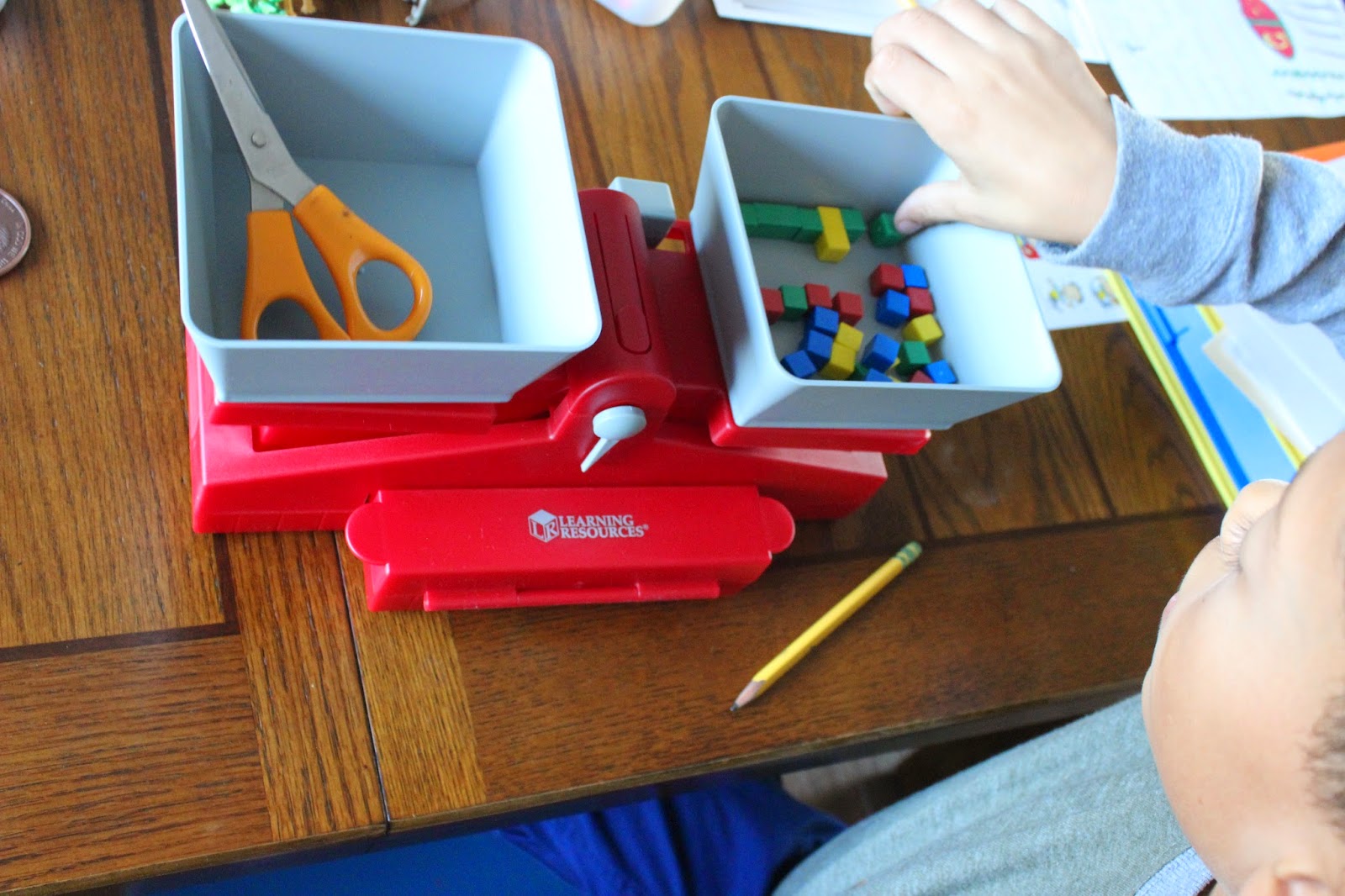 We finally cracked open our egg (he has been waiting so patiently). 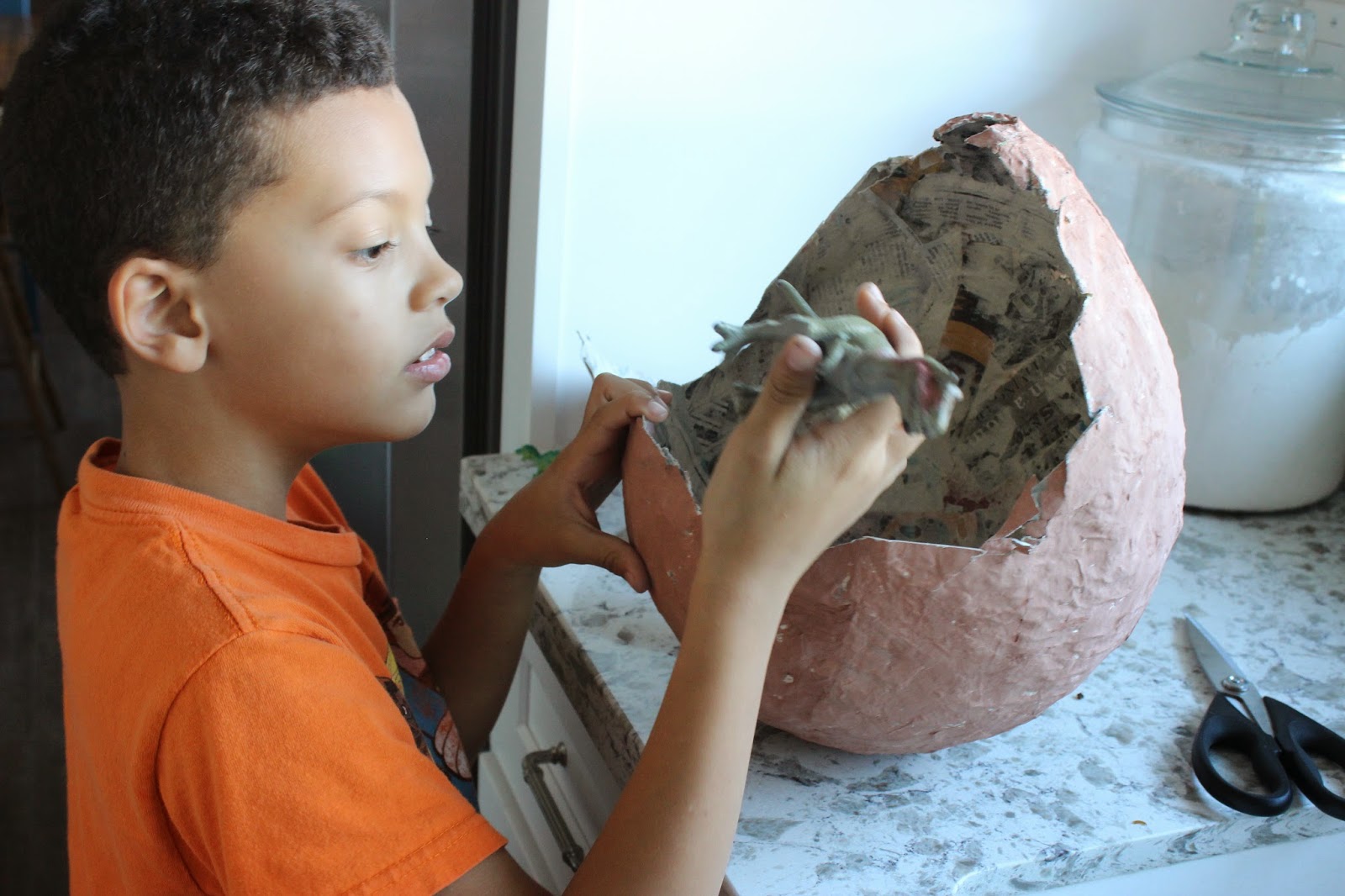 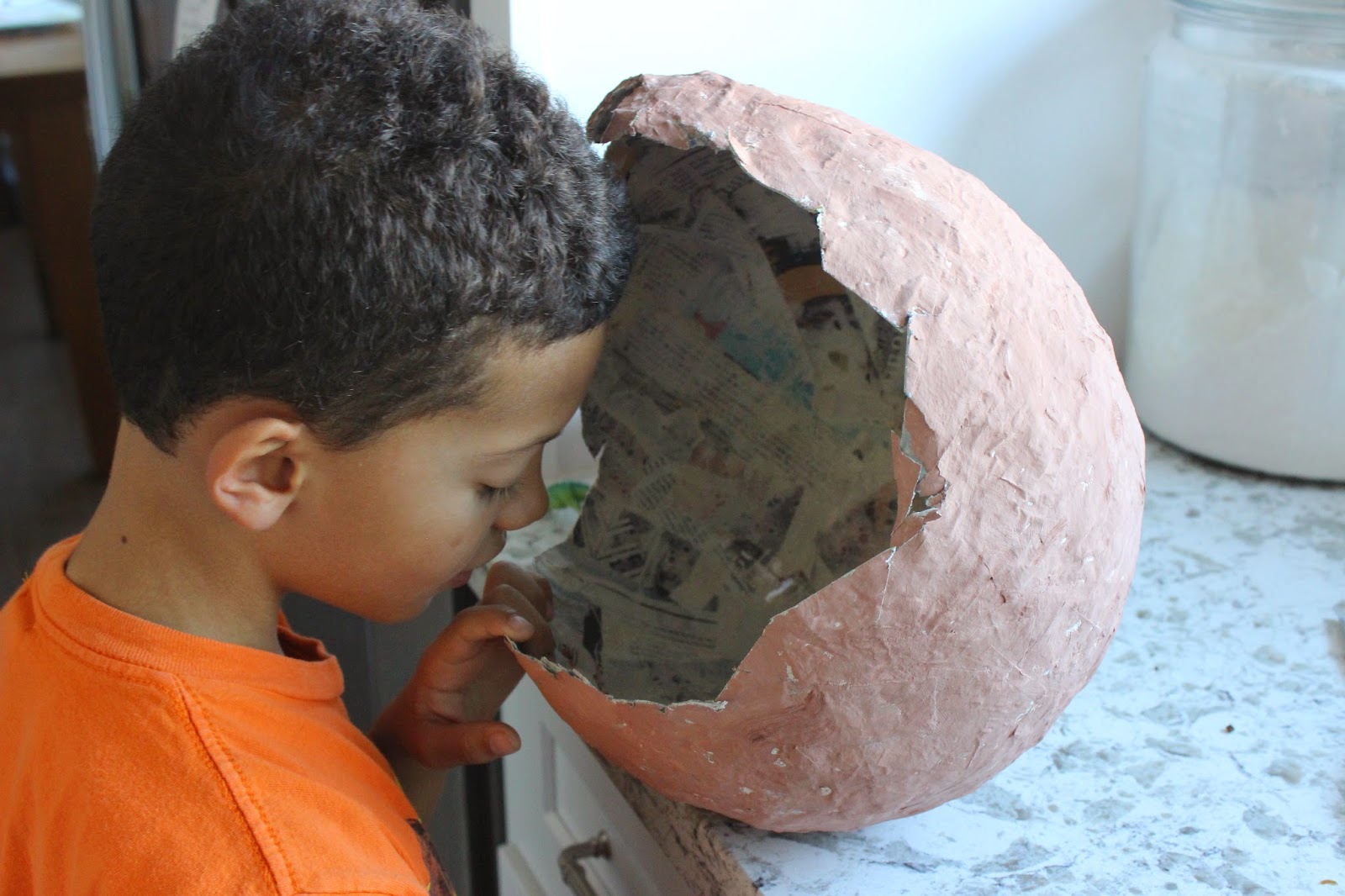 Then we made imprints of the different dinosaurs and their parts.  Munchkin was so good at this! Here are his final products (that are now spread throughout the house)! 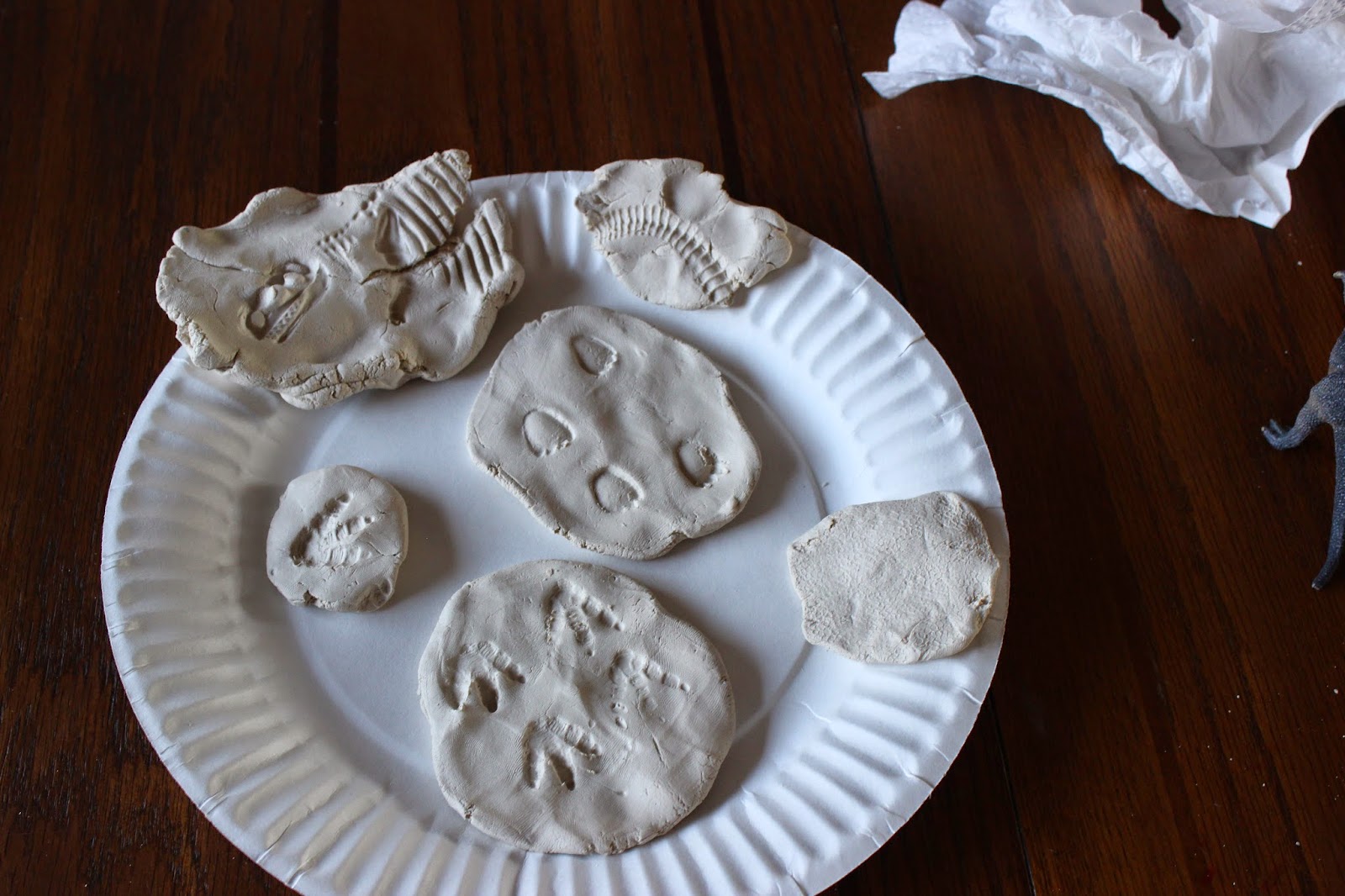 Friday:
To conclude our week, I thought it would be fun to turn Munchkin into a paleontologist for the day so I ordered a  Smithsonian Diggin' Up Dinosaurs T-Rex 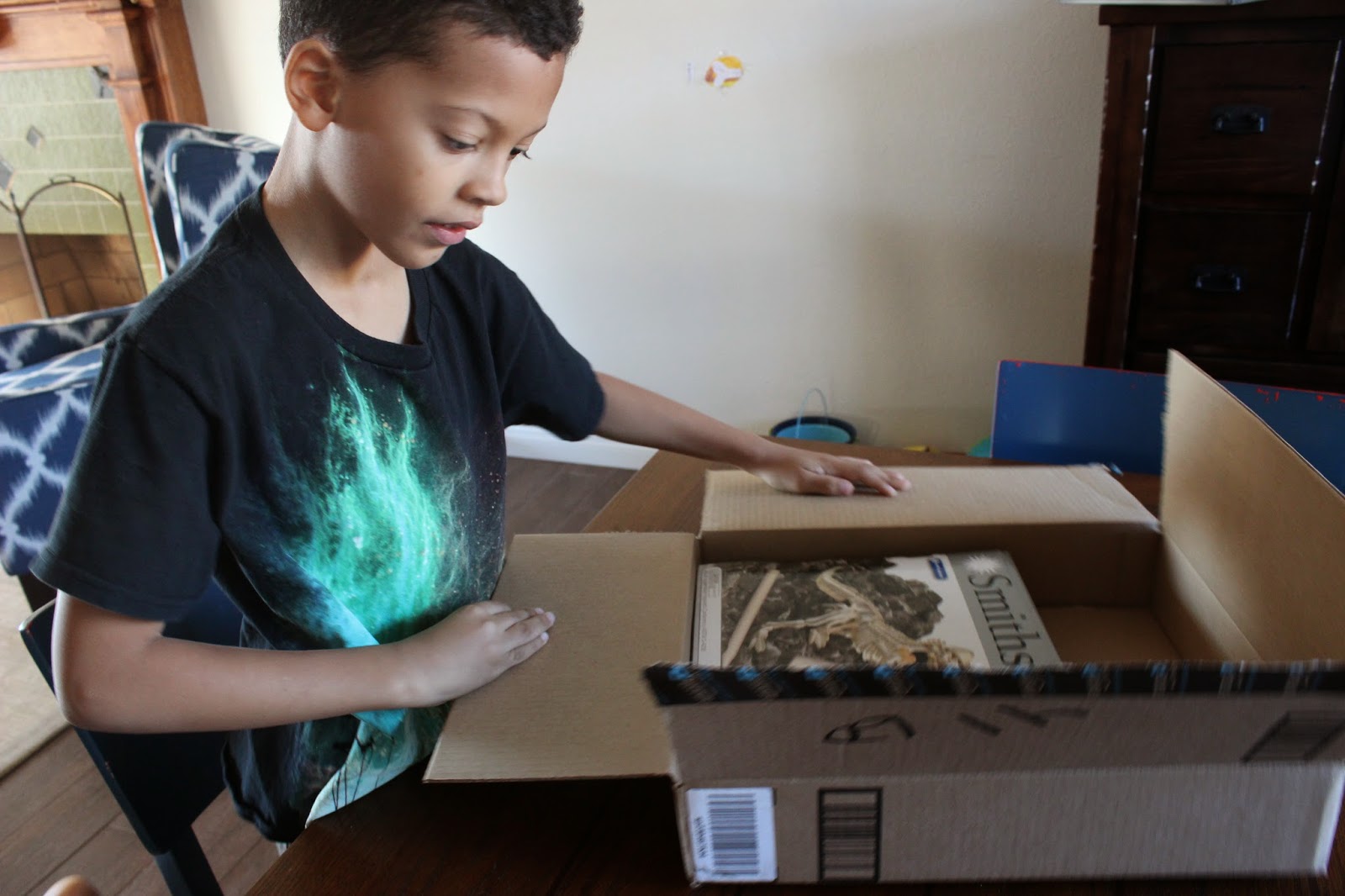 Reading:
After opening and before starting his excavation, I had him read Digging Up Dinosaurs by Aliki. He thoroughly enjoyed it and I think it helped him really get into what he was about to do. 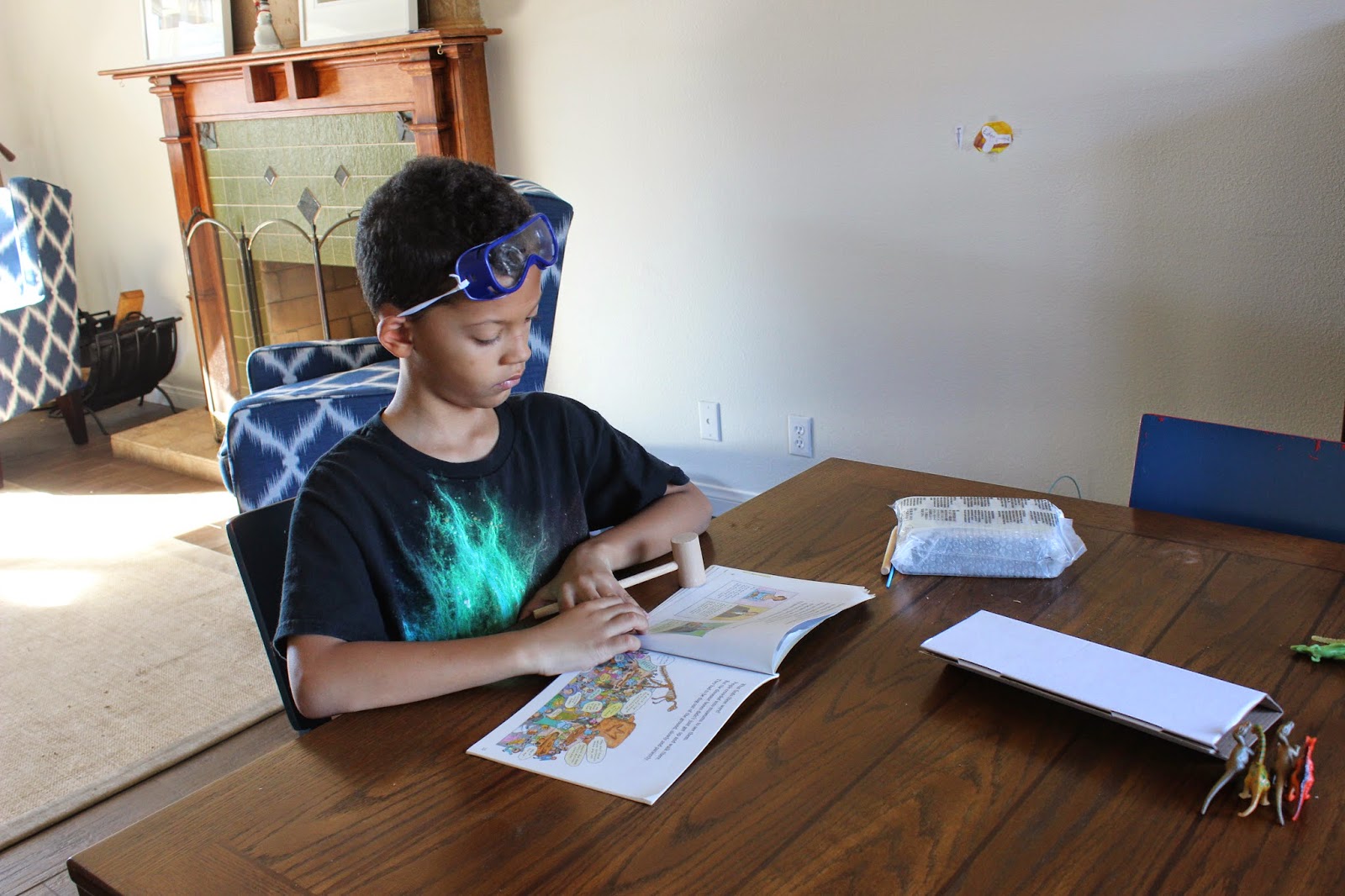 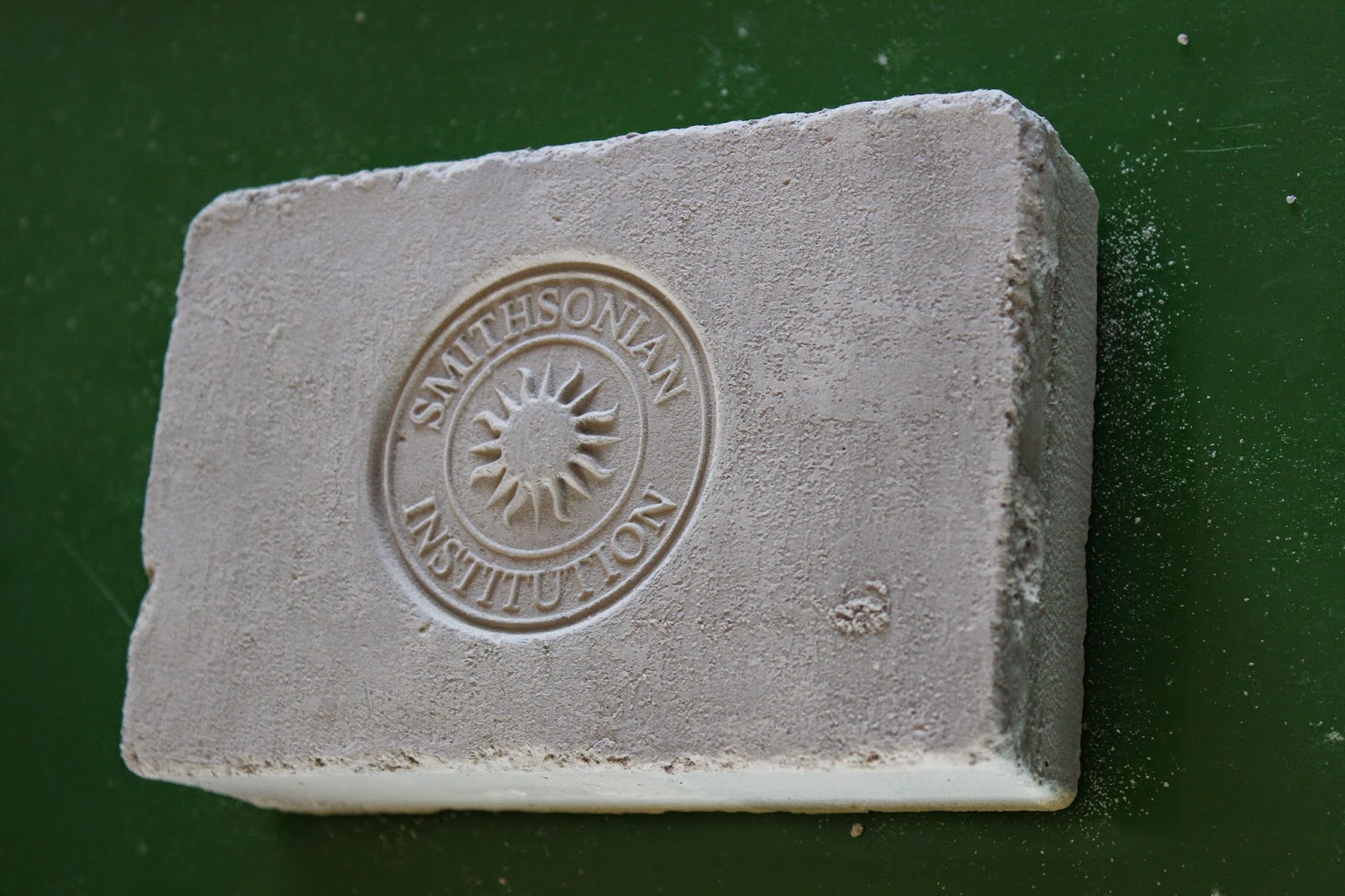 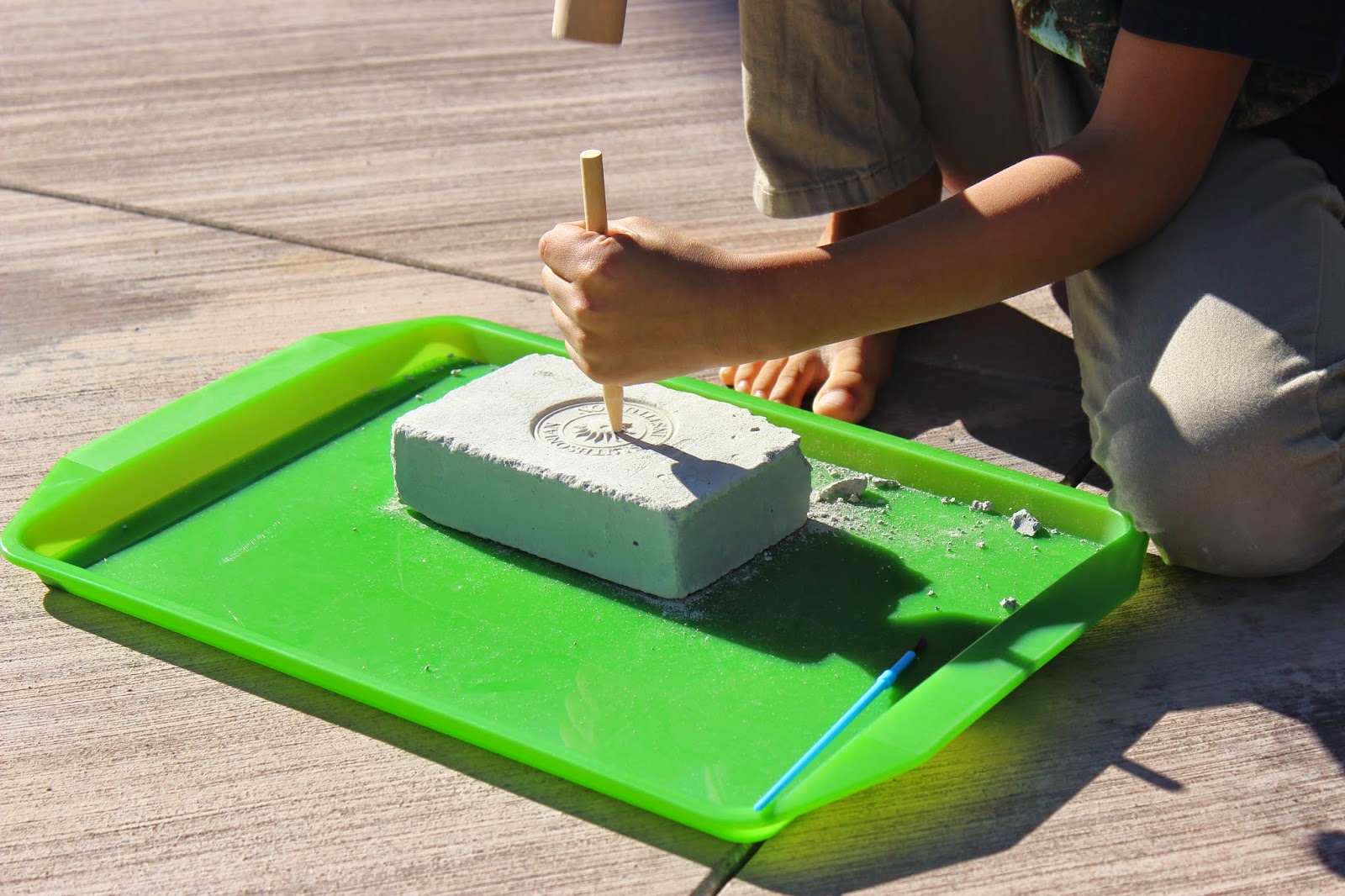 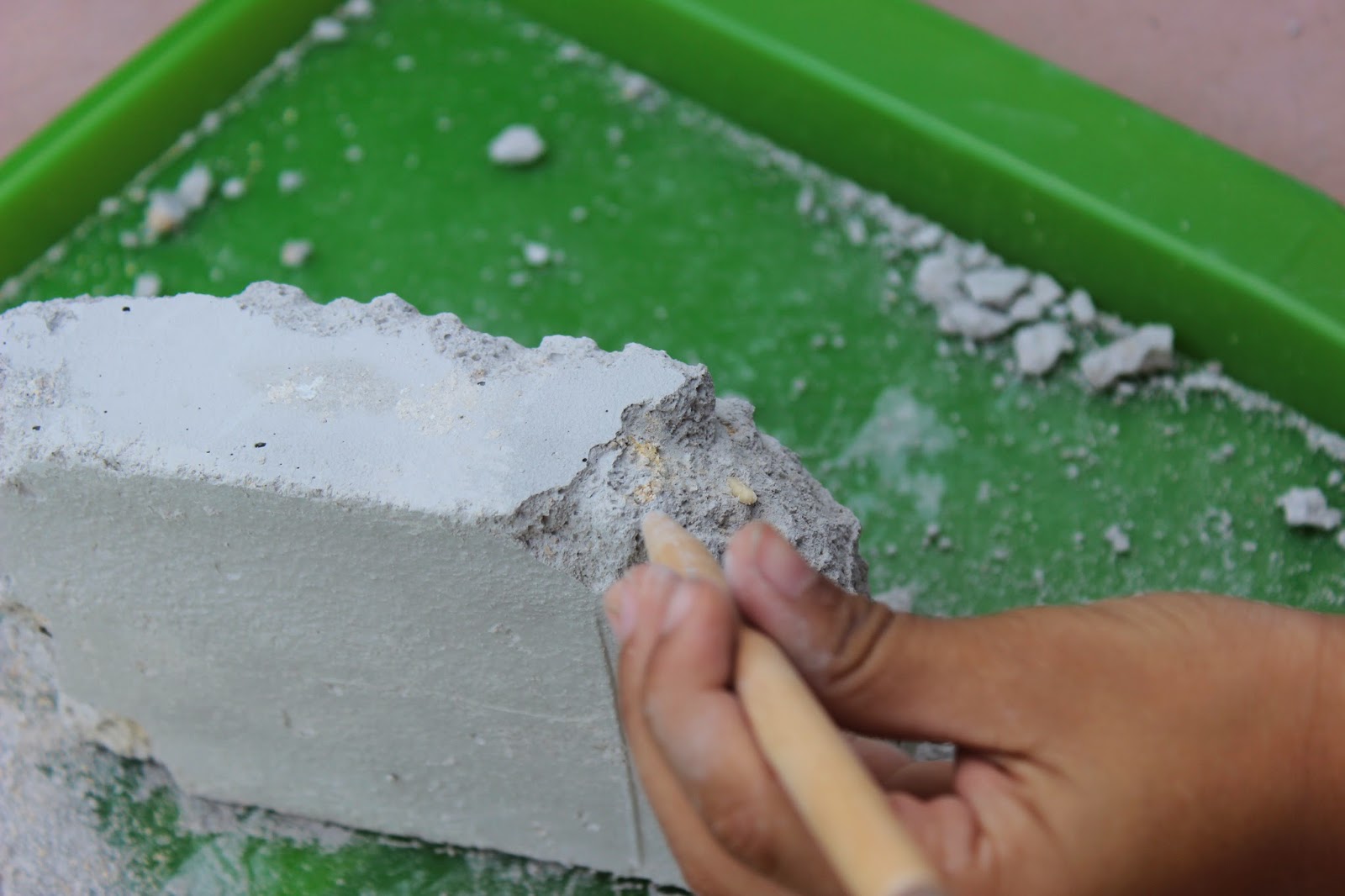 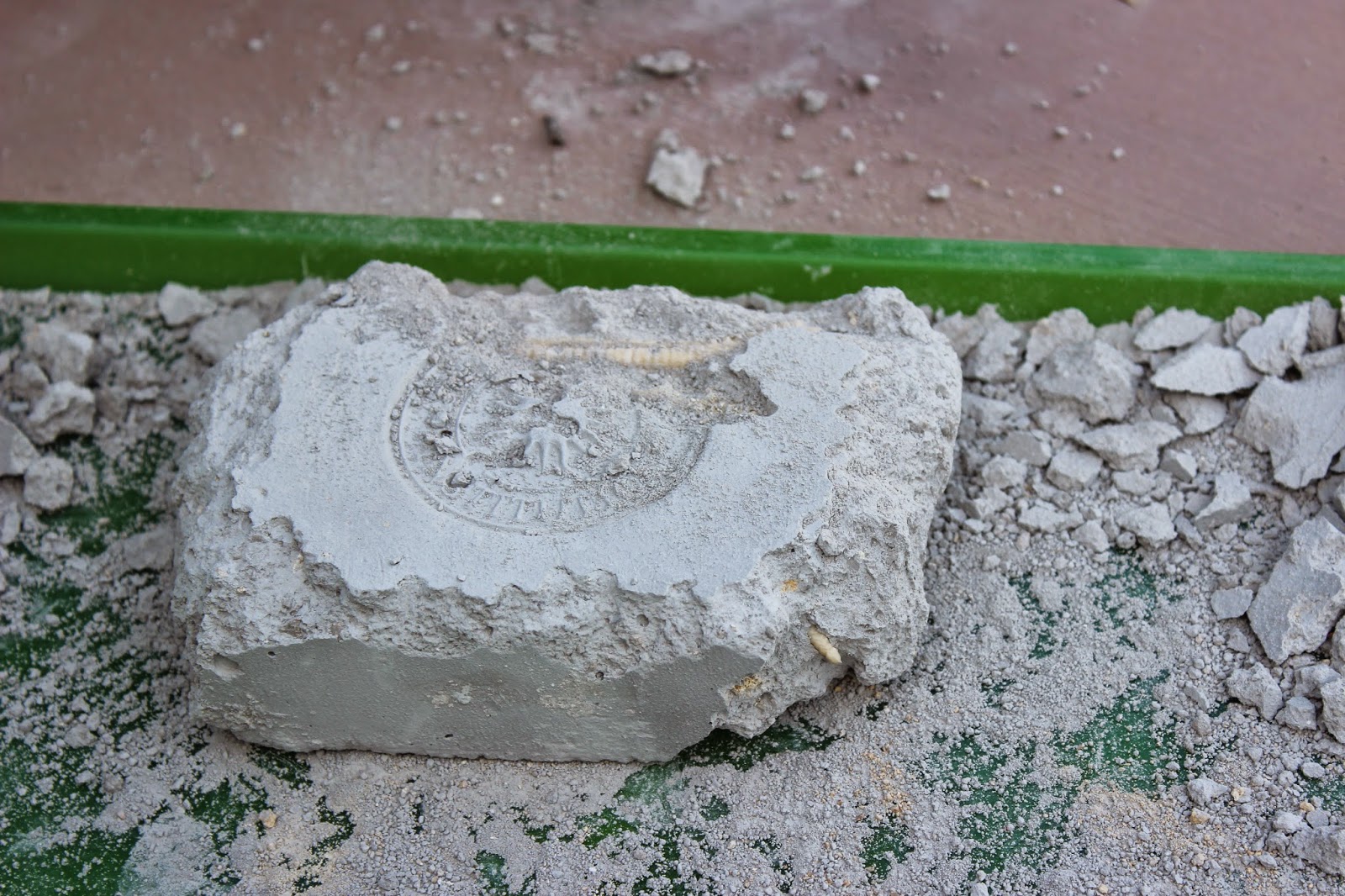 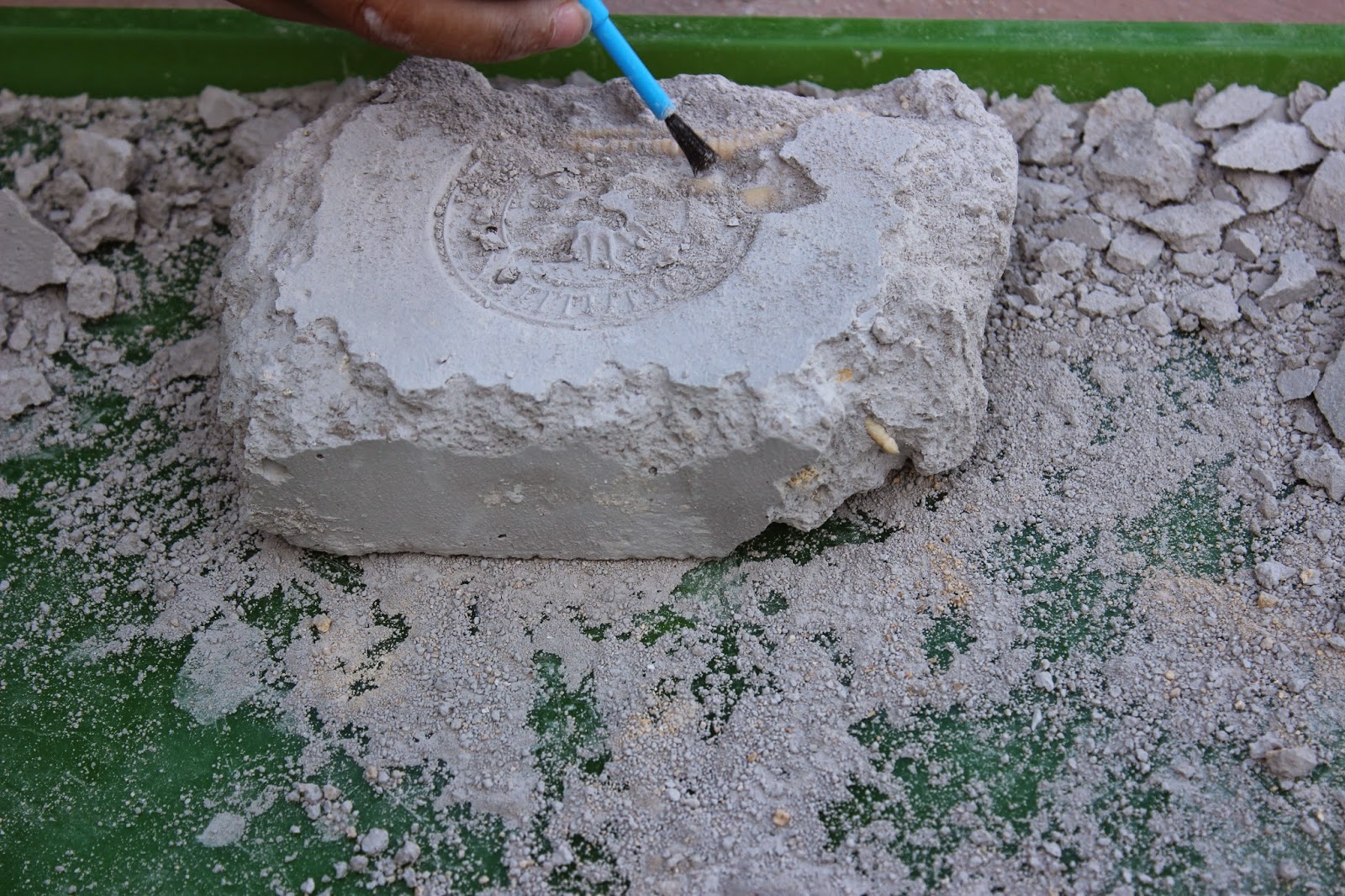 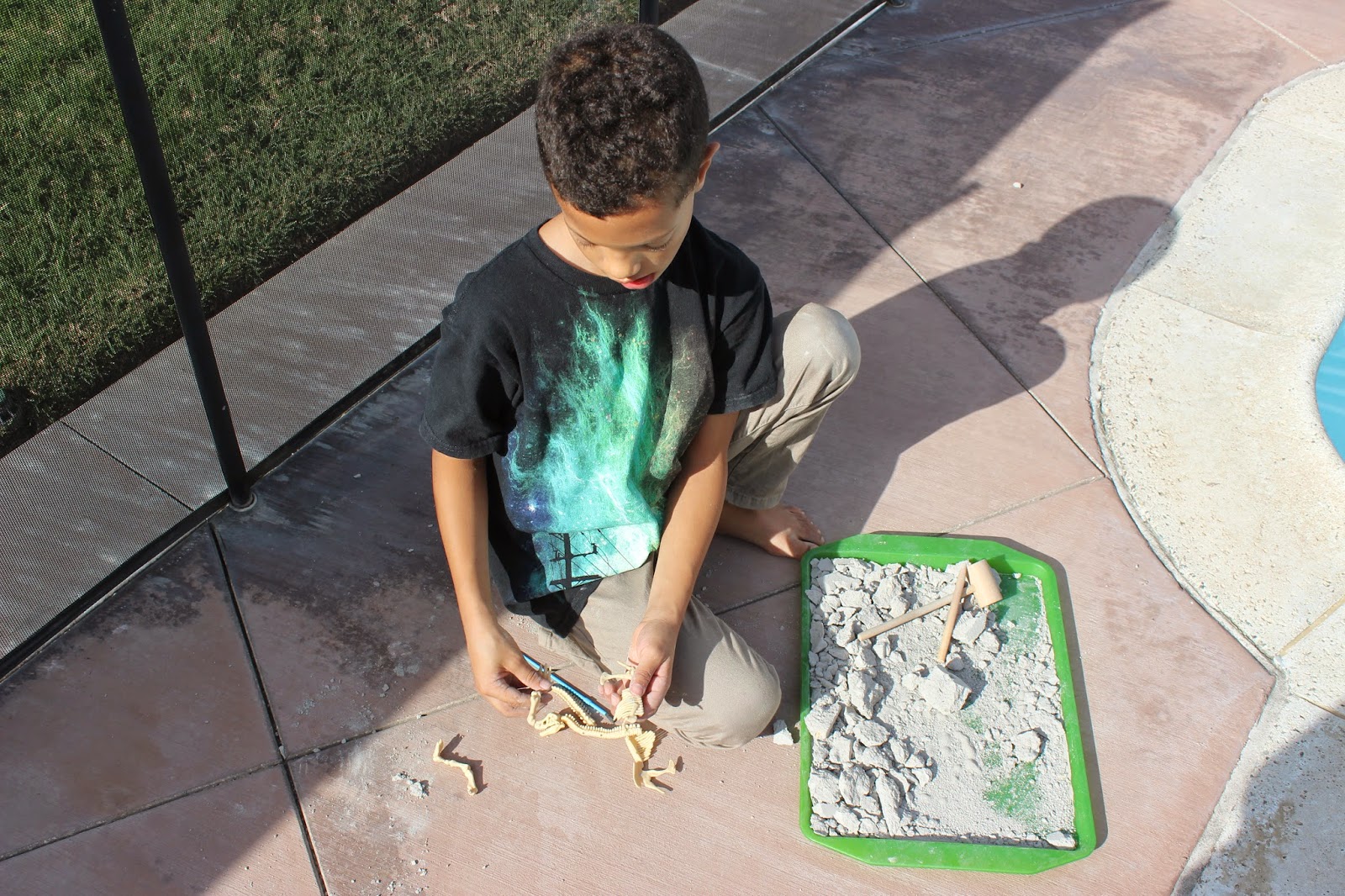 But then decided to wait till he was done and wash it, then put it together!
Now, he is constantly saying that he wants to be a paleontologist when he grows up!  Wouldn't that be wonderful!  I also planned on watching The Land Before Time but couldn't find a copy...so we will be watching that this weekend.

In addition to these activities, this week, Munchkin also:
All of this including finishing How to Break a Dragon's Heart (book 8 in the How to Train Your Dragon series).  Fun and busy week!
Posted by Shelley at 2:02 PM

Email ThisBlogThis!Share to TwitterShare to FacebookShare to Pinterest
Labels: Munchkin