He then wrote this story to try his hand at using italics...
The Viking Ship
Once upon a time there were six Vikings on a Viking ship. They wanted to go catch a people. And one said to another, "Which landmark should we go to? Should we go left or right?"
And the other pirate said to that one, "I think we should go to the left."
And the other pirate said, "I think that's a great idea!"
So they went left and they all went out of the ship onto the landmark. The chief said, "We should look for food and bury our treasure."
And then they hopped out of the ship and buried the treasure. But then one big army Roman soldier came. And the Vikings were dead. And the Roman Army took the ship from the Vikings.
And they lived happily ever after.
THE END 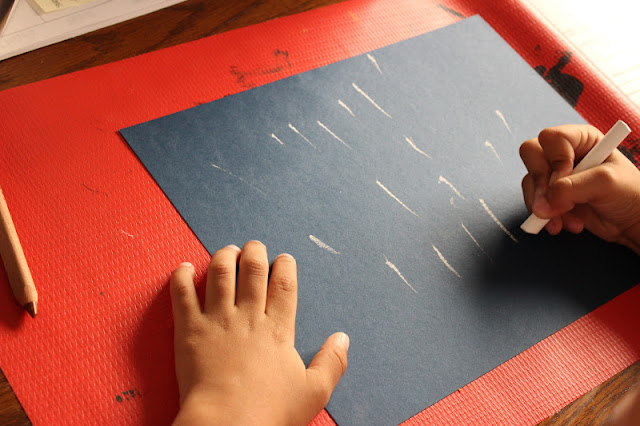 For science, we learned about deserts...
Great day!

Email ThisBlogThis!Share to TwitterShare to FacebookShare to Pinterest
Labels: Science, Storm in the Night